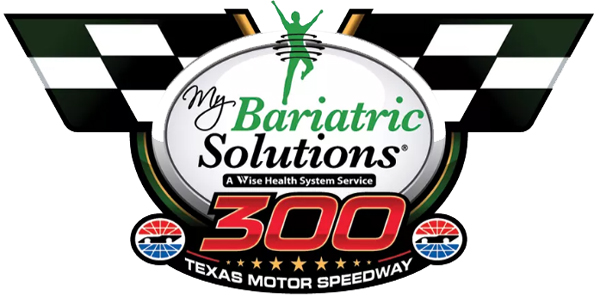 Kyle Busch’s name has appeared on the entry list for the My Bariatric Solutions 300 at Texas Motor Speedway on Saturday July 18. Is it even worth putting together a betting preview?

Well, there aren’t a lot of sports going on yet, so we might as well, but Busch is the -130 favorite at 5Dimes Sportsbook for what amounts to his fourth Xfinity Series start of the season. He has one win out of those.

It was quite a trip to Kentucky for Austin Cindric, who won both Kentucky races in his Team Penske Ford. Those were his first two wins of the season and now he sits just 14 points behind Noah Gragson for second place and 33 points behind Chase Briscoe for first as the drivers head to Texas, where everything is allegedly bigger.

We’ll use odds from 5Dimes Sportsbook to break down the My Bariatric Solutions 300:

It feels kind of mean to say this, but maybe Busch just wants to remember what it feels like to win a race. He’s 0-for in the Cup Series, so he might as well take his chances at the Xfinity Series level. He is a six-time winner of this race and the reigning champion.

What is nice about the odds is that Busch’s presence bumps Briscoe from +250 or +275 up to +550 simply by virtue of being there because Briscoe would have been the clear-cut favorite. Briscoe already has five wins this season, including two victories on 1.5-mile tracks.

Everything’s bigger in Texas except for this track. It is a pretty standard-issue 1.5-mile oval loop with four turns and an asphalt surface. The first two turns come in at 20 degrees and then the final two turns are 24 degrees. This is a twice-a-year stop for both the Cup Series and the Xfinity Series. The next stop will be during the playoffs.

This will be the first time for this race in the sweltering heat of the Texas summer. Last year’s race was March 30, the earliest running of the race since 2003. It typically falls in April based on the NASCAR calendar. It will be a July race on the scalding-hot track, so tire wear will be a big deal this year with a lot of burnt rubber on the track.

Beating Around the Busch

Kyle Busch has 21 races here at the Xfinity/Nationwide Series level. He’s led 1,686 of the 4,091 laps that he has been on the track for and has nine career wins. In those 21 races, he’s finished in the top five 16 times and has 17 top-10 finishes. His average finish is 6.8 in those 21 races, so to call him a deserving favorite at -130 is a major understatement.

Checking in on the rest of the field, there are a lot of drivers with limited results in Texas. Justin Allgaier has raced on this track 19 times at this level and only has one top-five finish. He’s only led 37 laps out of 3,615. He’s got nine top-10 finishes, but has not found the winner’s circle.

Ross Chastain has 10 starts here with one top-five finish and just 31 laps led. Other guys that won’t be a factor, like Michael Annett and Ryan Sieg, have 15 races apiece here with nothing of note. Combined, they have five top-10 finishes.

Chase Briscoe has three starts on this track and one top-five finish. Briscoe has been the best and most consistent of the points drivers this season with those five wins. He’s had a couple of throwaway performances, with a 19th at Auto Club and a 20th at Charlotte. He was 18th at Talladega, but won the second stage before Talladega happened.

Austin Cindric’s back-to-back wins at Kentucky were long overdue. He had seven previous top-five finishes and four stage wins. He should have won at Atlanta and was second at Las Vegas and in the first Homestead race. It was only a matter of time on a 1.5-mile track or otherwise. It just so happened to come on back-to-back days.  He’s +650 this week to make it three in a row.

The guy I have my eye on is Noah Gragson. Frustrations boiled over between Gragson and Harrison Burton with a donnybrook at Kentucky Speedway. Gragson won three stages over those two races and led the most laps on Thursday night, but couldn’t get the win. On Friday, he won with a second-round KO of Burton in the pit area.

Gragson has a really nice price at +1320 here because he’s fallen behind Briscoe and Cindric and Busch is in the race. Gragson led the most laps and won Stage 2 in both Homestead-Miami races on the 1.5-mile track. He’s my favorite pick for the race.

BET ON NOAH GRAGSON TO WIN THE MY BARIATRIC SOLUTIONS 300

His combat partner, Harrison Burton, is +1540 and an interesting consideration. He has not run well at all the last five weeks, but he won at Homestead and Auto Club and was fifth at Las Vegas and Atlanta. If he can put it all together, this is a good price, but the last five weeks don’t inspire much confidence.

I can’t let Chase Briscoe pass at +550 just because Kyle Busch is in the race. Noah Gragson is the other pick at +1320. Busch probably wins, but those are two good prices on guys having really good years with excellent speed in every race.

Coverage of the My Bariatric Solutions 300 will be on NBC Sports Network with a 3 p.m. ET start time on Saturday July 18.