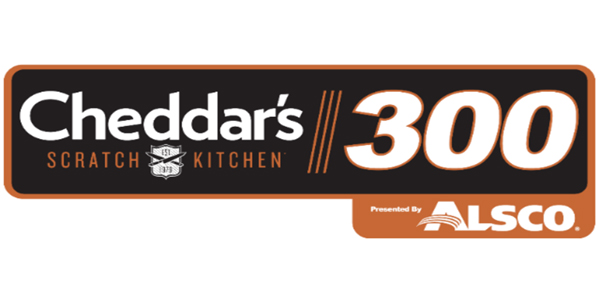 If what we saw on Sunday afternoon at Bristol Motor Speedway is any indication, the car that actually manages to finish the Cheddar’s 300 will be the winner. Complete carnage was the theme of the day as Cup Series drivers struggled to navigate the treacherous .533-mile track in Thunder Valley. It was the first short track race of the season for the Cup Series. Without practice and qualifying, it looked like everybody was out there for the first time.

Suffice it to say that the less accomplished, less experienced drivers in the Xfinity Series are likely to cost some big money for their teams in Monday night’s race. This is going to be an impossibly hard race to handicap, if I’m being honest. There are a lot of ways in which this could go horribly wrong for a lot of drivers and teams and that means that there is a good chance that a price way off the board can come in.

We’ll do the best we can here at BangTheBook to break it all down. Here are the odds courtesy of 5Dimes Sportsbook:

We would expect to see a little more parity in the lines without Kyle Busch in the race this week, but that is not the case. Chase Briscoe, who is an excellent road and short track racer, and Justin Allgaier, the most experienced Xfinity Series driver, are listed at very short prices. Only Ross Chastain, Brandon Jones, and Austin Cindric are listed in single digits.

Allgaier is the only previous winner in this race. He won all the way back in 2010 in what was the only win ever for Dodge in this race. Joe Gibbs Racing team members have won each of the last four, with two wins for Erik Jones, one for Ryan Preece, and last year’s win for Christopher Bell. JGR has six of the last seven wins, with Kyle Busch owning the other two. Joey Logano won in 2015 and led all 300 laps.

Briscoe has two wins on the season and finished fourth and second in the two Bristol races last year. He is a worthy favorite here, but the price is rather cost-prohibitive, given how crazy this race could end up being. Briscoe has one other top-five finish to go with his two victories. He ran fifth both times on the one-mile track at Dover and eighth and fifth on the short track at Richmond.

Richmond and Iowa could be our best comps to Bristol at the Xfinity Series level because they don’t run at a small track like Martinsville twice a year like the Cup Series does. Iowa races are a good comp because the Cup Series guys are not at those. Briscoe won the second Iowa race last season as a rookie driver.

Allgaier ran third and sixth, respectively, at Iowa last season. He was third and fourth at Richmond, including a stage win in the first race. He led the most laps and won the first two stages in the Bristol spring race, but finished 30th, and was eighth the second time. In 2018, he was second and then third at Bristol. Allgaier is a pretty good short track racer and is often viewed as a primary threat on the road courses. This price is too short to take him for a view, but in head-to-head or group matchups, he’s got a great chance at finishing high.

The shortest price on my radar is Cindric to win at +980. He is an outstanding road course racer with wins at Watkins Glen and Mid-Ohio last year. He was second at Richmond both times and 10th and 37th at Iowa. In last year’s two stops at Bristol, he was sixth and fifth, so he ran admirably. With Bell and Tyler Reddick, the winners of last year’s two Bristol races, not in the field, Cindric gets the nod here.

Harrison Burton is somewhat interesting at 10/1. He’s the lowest JGR car on the board and he got to run this race last year and finished 10th. He was fourth on the short track in Iowa and has run well there on the Truck Series circuit. He’s a rookie that has run well to this point on the bigger tracks. This will be a test and he’s not quite there probably, but the second Bristol race could be the one.

AJ Allmendinger will step in for this race, which is probably going to garner some support for him, but this is a guy that has one career win and just a handful of top-five finishes in the Cup Series. He does have three Xfinity Series wins, but all three have been on road courses. I don’t think this is a trap you want to fall into with what looks like a tantalizing price at +1300.

It would be Cindric for me and Allgaier in some head-to-heads. Otherwise, this race profiles as one that could have a lot of crazy things going on and this is not a race that you want to have a ton of money on.