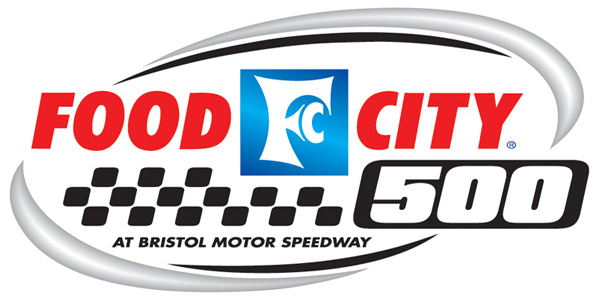 NASCAR moves out of the Carolinas and into Bristol Motor Speedway for the Food City Presents the Supermarket Heroes 500 on Sunday May 31. It will be 500 laps around the .533-mile perfect oval in Thunder Valley for the first of two scheduled races at Bristol. The next race is set for September 19 during the Cup Championship Playoffs.

Chase Elliott finally got his much-deserved win on Thursday night in the Alsco Uniforms 500 at Charlotte Motor Speedway. It was another strong night for Chevy with three finishers in the top five and they’ll hope to continue those recent trends here at NASCAR’s version of The Colosseum.

It will be very strange to see Bristol Motor Speedway empty. It ranks in the top-10 in the world in capacity, but there will not be a soul in the stands as NASCAR continues to observe the rules and regulations of government officials regarding mass gatherings and social distancing.

Once again, there will not be any qualifying or practice for the race. NASCAR has decided on a different process for setting the starting grid than what it previously used with the inverted top 20. Now NASCAR will divide the field into thirds based on points and then do a random draw. The first two rows are all Ford cars with Brad Keselowski, Aric Almirola, Joey Logano, and Ryan Blaney starting first through fourth.

The usual suspects are at the top of the betting board this week. Kyle Busch, Kevin Harvick, Chase Elliott, etc., etc. The fact of the matter is that this is Kyle Busch’s race to lose. The Busch of Joe Gibbs Racing has won this race in back-to-back years and has five career wins in this race. He is also a three-time winner of the Night Race, which is traditionally in August, but will now be pushed back into September.

JGR teammate Denny Hamlin won the Night Race at Bristol last year for the second time. He’s actually never won the spring race at Bristol. He was second on Wednesday night and already has a couple of wins this season. He’s definitely going to be a factor in Sunday’s race and the price point isn’t all that bad at +775, even though he’s the third choice.

This does seem like Toyota’s race to lose. It wasn’t Busch in 2015 or 2016, but it was Matt Kenseth and Carl Edwards. Chevrolet had three wins last decade, two of them by Jimmie Johnson. Ford only had one and it was Carl Edwards. That is Ford’s only win since 2004. Ford has done better in the night race with back-to-back Joey Logano wins in 2014-15 and Kurt Busch’s 2018 win. Chevy only has one win in the night race dating back to 2004. That was Harvick in 2016.

This will be the first true short track race of 2020. Phoenix has been the shortest at just over one mile. It will be interesting to see how the drivers adjust, particularly with no practice or qualifying. Things are going to be a whole lot tighter than they have been. I would expect some crashes in this race. It is worth noting that most of the winners and top-five finishers have been some of the sport’s best drivers, so long shot prices may not be the best option here. Even though chaos is possible, the sport’s best are going to prevail in small, tight quarters.

Kurt Busch is a persistent factor at Bristol. He was the runner-up in this race last year and won Stage 2 in the night race before finishing ninth. Both Busches are worth betting this week, as you can get Kurt at +1600.

Ford hasn’t had many wins here, but has been a factor with stage wins and spots in the top five. This is a week to fade Chevy. Whatever you want to bet from a winner standpoint is up to you, but fading Chevy in some group matchups, with the exception of Chase Elliott and Kurt Busch, makes a ton of sense.

With that in mind, we’ll be looking at going against guys like Jimmie Johnson, William Byron, Alex Bowman, Austin Dillon, Tyler Reddick, and Matt Kenseth. You don’t have to be involved in Group Matchups with all of these guys, but some will be worth going against as those prices get posted market-wide.