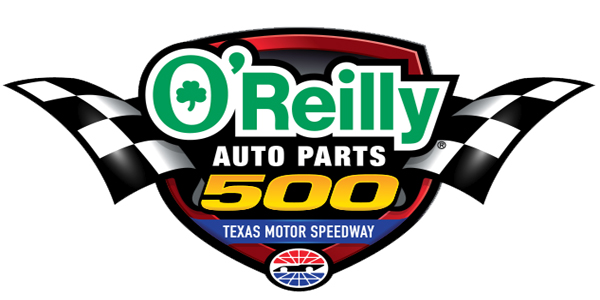 The NASCAR All-Star Race was something of a dud, unless you were one of the upwards of 30,000 people in attendance for a real, live sports event. We’ll be back to normal on the NASCAR front this weekend with the O’Reilly Auto Parts 500 at Texas Motor Speedway.

This is the first of two Cup Series stops scheduled for Texas. The other one will have a little more on the line, at least for the eight drivers still in the running for the championship. Instead, a spot in the playoffs could be on the line here if a driver without a win can get one, much like Cole Custer did last weekend at Kentucky Speedway.

Odds are out at MyBookie Sportsbook and we’ll use those to break down the O-O-O-O’Reilly Auto Parts(!) 500:

Kevin Harvick has four straight top-five finishes and four race wins on the season, so he is, yet again, your favorite at +270. There is a big leap down to Kyle Busch, who has yet to win one, and Denny Hamlin, who also has four wins, at +600. Hamlin is the reigning champion. Busch has wins in 2013, 2016, and 2018. Harvick has never won this race, which started back in 1997.

This is your standard 1.5-mile oval track. Technically speaking, barring overtime, the race distance will be 501 miles with 334 laps around the 1.5-mile track. Turns 1 & 2 are 20 degrees and Turns 3 & 4 are 24 degrees, so the drivers should have no problems riding up into the corners and maintaining speed down the bank to the straightaway.

There were 26 lead changes here among 13 drivers last year, so it was one of the more exciting races of the season, but it was also early in the year. This race is typically held in early April. This race will now be in the heat of the July sun. We’ll see if that impacts tire wear and leads to more cautions. Last year’s race only had five cautions. The previous two races had eight apiece.

Yeah, so it’s probably too early to talk about the playoffs in advance of the 18th race of the season, but some big playoff developments took place last week. Cole Custer, who sits 20th in points, has stolen a playoff spot with a win. The top 16 in points usually get in, unless a driver inside the top 30, but outside of the top 16, gets a win. That somebody is Custer.

Harvick, Brad Keselowski, Ryan Blaney, Chase Elliott, and Joey Logano are the top five, all of those guys have wins. Hamlin, Martin Truex Jr., Aric Almirola, Alex Bowman, and Kurt Busch make up the next five. Hamlin, Truex, and Bowman all have wins. No other driver outside of Custer has a win. Kyle Busch, Matt DiBenedetto, Clint Bowyer, William Byron, and Jimmie Johnson would currently make the playoffs, with Austin Dillon on the outside looking in.

Johnson is securely in 15th with 412 points. That is 24 more points than Dillon and 39 more points than Tyler Reddick. Erik Jones is 52 points off the pace and might just need a win to get in.

Stars of the Lone Star State

We’ve got a ton of race data from Texas Motor Speedway because the drivers are here twice a year and have been since 2005. The AAA Texas 500 will be held in October for the first time this year after residing in November up until now.

Jimmie Johnson has seven career wins here, with the most recent being this race back in 2017. His 10.4 average finish is tied for second among active drivers with at least 30 Texas races. He actually trails Matt Kenseth (+10000) in that department, who has an average finish of 9.5 with 14 top-five finishes in 30 career starts. He is tied with Harvick, who has 11 top fives in 34 starts and three wins.

Erik Jones has actually fared extremely well in his career and this may be the spot that the +3300 long shot needs. In seven career Cup Series races here, Jones has finished in the top five three times and in the top 10 five times. He’s actually led 103 laps as well. If he needs a win to get in, this is the race in which he needs to be aggressive.

This has also been a pretty good track for Chase Elliott, who has two top-five finishes and five top-10 finishes in his eight efforts. Elliott sits at +900 and it might be a good time to buy him. We’ve seen lower prices than that for most of the season, even though he only has one win. He does have seven top-five finishes and just won the All-Star Race at Bristol on Wednesday night.

The underappreciated driver in the field is Joey Logano at +1000. Logano only has one win here, but he’s been in the top five in 10 of his 23 starts. Among guys with at least 20 races, only Johnson and Kenseth have a higher top-five percentage.

Kyle Busch has 12 top-five finishes in 28 tries and also has those three wins, but he has been snakebitten to say the least this season. He’s actually only won one race in his last 38 starts. Of course, it was the championship race at Homestead-Miami last year, but he went from the first Pocono race to the end of the year without a win. You have to respect the career and the fact that he has great finishes at every track, but at what point does he stop being the second favorite or third favorite in a race?

Lastly, while not all that accomplished at Texas Motor Speedway, Aric Almirola has to get a mention here, right? AA had a run of five straight top-five finishes snapped at Kentucky, but he also led the most laps and won Stage 1. He is +2200 this week. He finished second here in the fall race.

Similarly, check on matchups and head-to-heads for these cats to make the O’Reilly Auto Parts 500 one to remember.