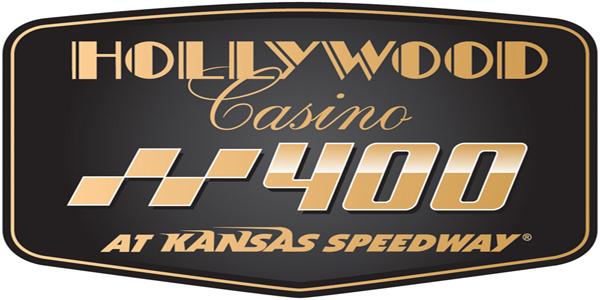 And then there were eight.

The NASCAR Cup Championship Playoffs are down to the Round of 8 and there are only four races left to go in what has been a wild and wonky 2020 season. Credit to NASCAR officials, the drivers, the teams, and everybody involved in the process. The calendar had 36 races scheduled and the 33rd race of the season will be the Hollywood Casino 400 at Kansas Speedway.

We’ll break this one down for you with some betting tips, analysis, and a few picks for Sunday’s 2:30 p.m. ET start on NBC.

Kevin Harvick and Denny Hamlin sit 1 & 2 in the readjusted standings and also sit as co-favorites in this race. The NASCAR schedule was impacted by a lot of cancellations and postponements, but we still managed to see nine races on 1.5-mile tracks prior to this one. Hamlin has the only two wins between the two guys, with wins at Homestead-Miami and Kansas.

As we often see on 1.5-mile tracks, the prices are depressed on several guys, as the prices for the middle of the pack guys go up a bit. We’ve got four drivers under 6/1 this week. We haven’t seen that in a long time.

As mentioned, the standings were readjusted for the next round of the playoffs. All drivers still in contention were reset to 4,000 points and then bonus points accrued during the regular season and the playoffs were applied. Harvick leads with 4,067 points. Hamlin is second with 4,053 points. Brad Keselowski is third with 4,035 points. Chase Elliott is fourth with 4,027 points, which puts him just above the cut line thanks to his bonus points from winning on the Roval last week.

This is about as generic as a track gets in NASCAR. There is a road course at Kansas and maybe that will be part of the schedule down the line, but the tri-oval with four turns and 1.5 miles of racing is the track in question this week. Progressive turns between 17-20 degrees and a pretty flat backstretch with 5-degree banking are the hallmarks of this track.

NASCAR has come to Kansas twice a year since 2011. Racing started here back in 2001 when Jeff Gordon won the first of three races just off of I-70. There is a Hollywood Casino on site, hence the sponsorship that has been in place since 2010 for this race.

There have been five different winners over the last five years and none of them are surprising names, as Joey Logano, Kevin Harvick, Martin Truex Jr., Chase Elliott, and Denny Hamlin have been victorious. Hamlin also won earlier this year and has three wins on the track. Another win would make him the only driver with four career wins at Kansas.

Before we finish looking at this race, here are the MyBookie prices for the overall champion with eight drivers left:

Harvick, Hamlin, Elliott, and Keselowski have an inside track to the season finale at Phoenix. Harvick owns Phoenix and is the points leader, so he is the favorite. Hamlin is also just about a lock to advance to the next round, unless all three wins in this round come from drivers below him, which is entirely possible.

Joey Logano’s aggressiveness has hurt him and helped him here. He has two wins and seven top-five finishes, but he’s only finished on the lead lap 12 times in 22 races. When he finishes the race, he generally does very well, but he’s had issues at this track. He’s finished the race 18 of 22 times, but has had various hiccups at this track.

If we look specifically at the last 10 races, Kyle Busch leads in top-five and top-10 finishes with six and eight, respectively, but he is having a terrible season by his standards. Harvick, Truex, and Hamlin each have five. Harvick’s 417 points are 30 more than Busch and 51 more than Truex, so this has certainly been a strong track for him. Harvick struggled last round, but Talladega and road courses are not his forte.

Kurt Busch doesn’t have a win here, but has the fourth-highest average finish over the last 10 starts behind Harvick, Truex, and brother Kyle.

Basically, the big takeaway here is that you should not expect a surprise.

To me, it has to be Harvick and Hamlin this week. With both guys at +400, you’ll still turn a profit if you bet a unit on each. Joey Logano at +1200 is a good gamble for a half or quarter unit as well. He has only finished seven of the last 10 here, but has a win, three top-five finishes, and four top-10 finishes when he has been able to complete all 267 laps.

GET A 100% WELCOME BONUS + A FREE FUTURES BET FROM MYBOOKIE