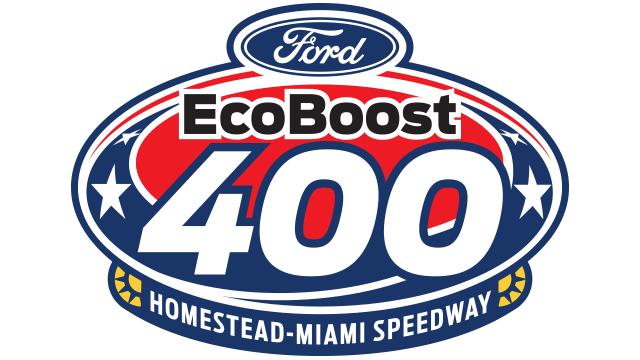 We’ve come to the end of the road. The Ford EcoBoost 400 represents the end of the Monster Energy NASCAR Cup Series season. Hopefully you’ve had some fun and gotten some good information from us along the way. The championship race at Homestead-Miami Speedway is a full-field race, but only four drivers are still alive for the championship.

We’ll break down everything surrounding the Ford EcoBoost 400 and you can see the odds on the right-hand side for desktop viewers and down below the comment box for mobile viewers.

The Ford EcoBoost 400 is the one and only stop of the season at Homestead-Miami Speedway. It is a standard-issue 1.5-mile track with very flat straightaways and turns of 18-20 degrees in the corners.

The final four are Denny Hamlin, Kevin Harvick, Martin Truex Jr., and Kyle Busch. These have been the four best and most consistent drivers over the course of the season, so these are the deserving four. Hamlin had to win to get in, as he trailed Joey Logano by 20 points heading into the final race for the last playoff spot. He got it and led the most laps. Logano won Stage 2, but finished ninth. Very few drivers are shedding a tear about Logano not making the final four.

Ironically, the only driver without a win in the playoffs among the final four is Kyle Busch. Busch spent most of the regular season at or near the top in points, but he has not won a race since the first stop at Pocono. That is a span of 21 races. In that time, Busch has been runner-up four times and has six stage wins.

Each of the championship four has a win at Homestead-Miami. Hamlin won in 2009 and 2013. Harvick won in 2014. Busch won in 2015. Truex won in 2017. Logano won the race last year, but Hamlin’s win in Phoenix kept him from being eligible for the title.

Well, let’s handicap the playoff four. The highest finisher among Hamlin, Harvick, Truex, and Busch will win the championship. The race win would be a nice way to end it, but simply finishing ahead of the other three is good enough to secure the bag.

It was a lose-lose situation it would seem for Harvick, Truex, and Busch. Logano won this race last year. Hamlin has won it twice. Hamlin has also been the polesitter in three of the last four years. It didn’t matter if Hamlin or Logano got the last spot because both guys have had success here. Hamlin hasn’t won since 2013 and hasn’t gotten in the top-five since that win, but his qualifying times suggest some better fortunes at some point. Hamlin is +330.

Harvick, on the other hand, can’t finish outside of the top-five. He’s been third, fourth, third, second, and first in his last five races at Homestead-Miami. In his career, Harvick has 10 top-five finishes here. But, he does only have that one win. Harvick is also +330.

Truex has been second and first the last two years. Even when he was running for Chevy or Michael Waltrip Racing, he had some good outcomes at Homestead-Miami. Truex has five career top-five finishes on this track, but the last two have been his best two. Truex is a co-favorite at +300.

Busch has been pretty solid here as well, at least within the last seven years. He had a win, a second, two fourths, a sixth, a seventh, and a 39th. This is his fifth straight year in the championship four. Busch is the other co-favorite at +300.

Kyle Larson is on the board at +760, the only other driver with a price under +2750. Larson was 13th last season, but he was third, second, and fifth the three previous years with the most laps led in 2016 and 2017. Larson has traditionally done his damage on big tracks, but this 1.5-miler has been kind to him.

Logano, who won last year and was sixth, fourth, and fourth the three previous years, is +2750. You have to think that Logano, who hasn’t won since the first race at Michigan, is going to be wildly aggressive this season. He won the championship last year. He’s not in the running this year and lost that 20-point lead over Hamlin because the latter won the race. He’s not going to worry about anything but himself and that makes him dangerous. It could also make him borderline reckless, but at +2750 for a guy with a win here and literally nothing to lose, he’ll be on my card.

There are some fun prices out there, like Chase Elliott at +5200. It is rare for a non-final four driver to win this race, but a guy like Elliott has nothing to lose and there are no Chevy drivers in the final for him to be a good sport with, so why not take a long shot flier on him?

As far as the winner of the championship group, Truex would be my pick at +300. Logano and Elliott are a couple of fun long shots to try.