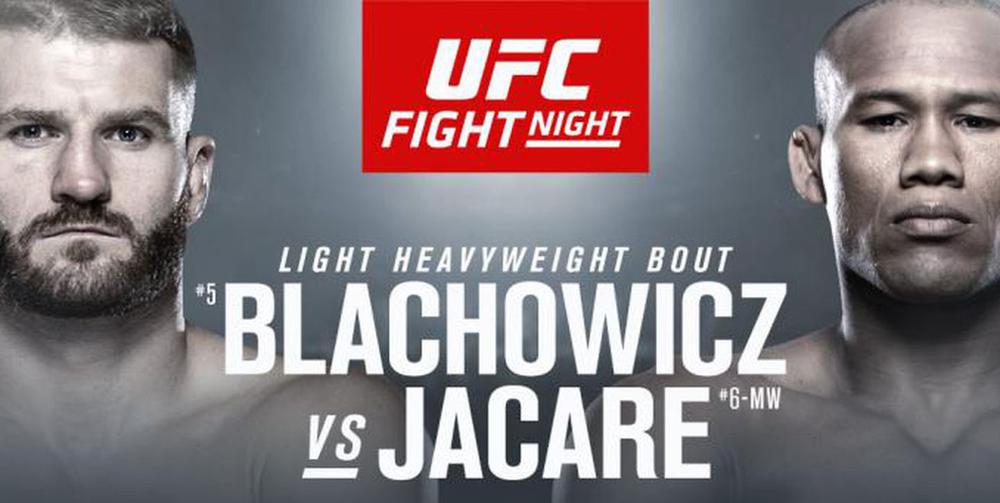 We’ll take a look through the fight fest with odds from 5Dimes Sportsbook, but be sure to shop around for the best prices either offshore or in your jurisdiction.

We start with women’s bantamweight action at 135 pounds between Vanessa Melo and Tracy Cortez. Cortez is the -210 favorite after a very impressive showing on Dana White’s Contender Series back in July. The 25-year-old lost her debut fight, but has rattled off six straight wins since, including a couple Invicta victories. Melo lost to Irene Aldana back in September by unanimous decision to end a five-fight winning streak. Melo has gone to a decision in 13 of her 16 fights, but it sure looks like Cortez will be the aggressor here.

The last of the women’s fights is next with Ariane Lipski against Veronica Macedo at 125 pounds. Macedo is the shortest of favorites at -115 in her fifth UFC fight. She lost the first three before catching Polyana Viana back on August 10, 2019 with a first-round submission. Lipski is 0-2 in her UFC career after making the leap from KSW, where she was the women’s flyweight champ. This is a huge fight for both girls and the coin flip seems like a fair price.

How far has Renan Barao fallen? He’s +215 in this fight to Douglas Silva de Andrade. Barao has dropped four straight fights and this may be a swan song kind of match for the 32-year-old in terms of the UFC. His most recent loss was a knockout defeat against Luke Sanders early in the second round. It was Barao’s first KO loss since he faced TJ Dillashaw back in 2015. Maybe this fight is a chance for Barao to get back on track, as Andrade has dropped two of his last three. He also hasn’t fought since December 29. Of course, we also see Andrade at -255 here, which says all you need to know about Barao.

The next fight should be a good one in the welterweight division between Randy Brown and Warlley Alves. Alves is the -120 favorite with even money on the comeback. Alves got back in the win column with a knockout of Sergio Moraes at UFC 237. Brown is also coming off of a KO against Bryan Barberena. Brown has losses to Niko Price and Belal Muhammad on his UFC resume, which are not bad defeats. The short dog should have a lot of bark in this one.

Bobby Green is +110 and Francisco Trinaldo is -130 in the first of two lightweight fights on the card. Trinaldo had a run of seven straight wins snapped back in 2017 by Kevin Lee. Since then, Trinaldo has alternated wins and losses, with his most recent fight ending in a decision loss to Alexander Hernandez. Green is coming off of a loss of his own and is just 1-3-1 in his last five fights. These both look like fighters to fade, but Trinaldo has fought more recently than Green and has been more competitive in his recent fights. The -130 price looks cheap.

This is a real interesting featherweight fight between Eduardo Garagorri and Ricardo Ramos. Even though Garagorri comes in 13-0-0, he is +240. Ramos is -280 to deal the Uruguayan fighter his first loss. Garagorri beat Humberto Bandelay by decision in his UFC debut. It was his first fight to go past the first round in three years. We did get some answers about Garagorri’s gas tank at least. Ramos hasn’t fought a great slate of UFC opponents en route to a 4-1 record. His lone loss came against Said Nurmagomedov. He should win, but this price does look steep at nearly 3/1 on the favorite. Gargorri is worth a try here.

Is this it for 37-year-old Sergio Moraes? He’s 2-3 in his last five fights and is looking to avoid an 0-for in 2019. Moraes was most recently knocked out by Alves back in May on two months rest and recovery. He has more time here for his matchup against James Krause. Krause is the -185 favorite as he comes off the shelf. The 33-year-old American hasn’t fought since August 25, 2018 against Alves. The idea that a rusty fighter can go into Moraes’s home country and be a -185 favorite is telling.

Let’s see how Wellington Turman’s second crack goes. The 23-year-old Turman already has 18 pro fights under his belt. His UFC debut was a loss to Karl Roberson by controversial split decision back in July. He’s never been stopped, but does have 11 stoppage wins of his own. Turman doesn’t have the resume of somebody like Markus Perez, but he is plenty motivated to get that first UFC win here.

The problem is that Perez has definitely fought better competition and had more success, including an LFA title win over Ian Heinisch. Of course, since joining the UFC, Perez is only 2-2 in four fights. His two wins are by sub and his two losses, to Eryk Anders and Andrew Sanchez, are by decision. Those are Perez’s only two losses. When round props are put up for this fight, the over is very much the play. As far as the side, until Turman proves he’s worthy of the top promotion in MMA, he’s a fade.

The -110 coin flip both ways makes a lot of sense here. Antonio Arroyo and Andre Muniz have both found success on the Dana White Contender Series broadcast. Other than that, we know very little about these two fighters. They’ve both fought in local promotions. Muniz is 18-4 and Arroyo is 9-2, so Muniz has more experience, but Arroyo was impressive twice on DWCS.

Muniz has a reach advantage in this fight and his submission game is the best attribute for either fighter. He’s gotta be the side here.

The biggest favorite on the card this week is Charles Oliveira. He’s -360 against Jared Gordon in lightweight action. Oliveira has rattled off five wins in a row, all by stoppage. He showed a different dimension against Nik Lentz last time out with his first knockout win since his pre-UFC days. That last KO was February 14, 2010 in Warriors Challenge.

Gordon has never tapped out, but in order to cut down the juice on Oliveira, that is probably the way to look here. Gordon has held his own in UFC, but, as the line implies, this is a huge step up in class.

Paul Craig takes the place of Smilin’ Sam Alvey for this light heavyweight matchup that serves as the lead-in to the main event. The 31-year-old Craig is stepping up in class here, as the line implies, but he is an exciting fighter. All 16 of his fights have ended in some sort of stoppage. He has 11 submission wins and tapped out against Jimmy Crute last December. He also has one knockout win, but he has been knocked out three times. This is Craig’s fourth fight of 2019. He is 2-1.

Shogun Rua has some cage rust to shake off here with his first fight in 2019. He lost as the headliner last July to Anthony Smith, but rebounded in December to beat Tyson Pedro. Now he gets to fight in Brazil once again. Shogun still draws a lot of headline matchups and this is a step down from most of his usual opponents, but what are we expecting here from Shogun? He turns 38 on November 25. This is a scarier fight than the line would indicate.

The main event of the evening features almost 40-year-old Jacare Souza against Jan Blachowicz. Jacare will celebrate the big 4-0 on December 7. He’d certainly love to be able to celebrate coming off of a win. He went 25 minutes with Jack Hermansson in the main event back in April a few months after knocking out Chris Weidman at UFC 230. Jacare is a legend in the sport and he has fought far better men than Blachowicz, but the line correctly raises questions about where he is at this stage of his career.

Blachowicz is off of a really nice win against Luke Rockhold. It was a good bounce back effort following a loss to Thiago Santos that snapped a four-fight win streak. Blachowicz made a statement with that Rockhold win and he does have his sights set on Jon “Bones” Jones at some point down the light. It’s fair to wonder if he has earned that right, but he surely cannot slip up here. He’s going to have to handle Jacare. He should, but it could be easier said than done.