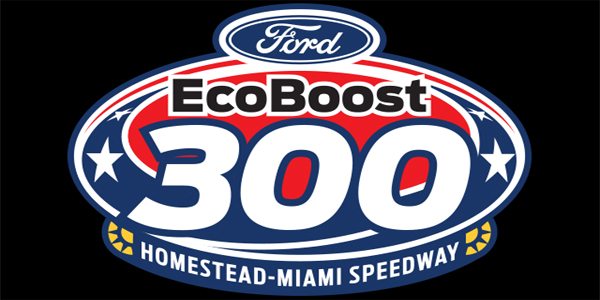 Is it reasonable to give the Xfinity Series the benefit of the doubt and call Saturday’s Ford EcoBoost 300 a co-main event for this weekend at Homestead-Miami Speedway? Given the top-heavy nature of the circuit this season, the drama is certainly palpable going into this last race of the season. The four best drivers throughout the season will be pushing for a championship in the 33rd and final race of the year for the Xfinity Series.

Odds are listed on the right-hand side for desktop viewers and down below the comment box for mobile viewers as we dig into this weekend’s action.

Justin Allgaier got the win last week at ISM Raceway. Did he need it in order to make it into the final race? No, but it was nice to see him finally get that victory after 15 top-five finishes without one in the first 32 races. The points have reset to 4,000 for the last four drivers left standing and the highest finisher this weekend will take down the title.

Allgaier’s win sure didn’t come easy. Christopher Bell was on the warpath in search of his second consecutive win. For the second week in a row, Bell led the most laps and won Stages 1 and 2, but he finished 16th. Bell got loose in a turn at Phoenix and spun his car around, but he managed to keep it off of the wall, so he should have about the same machine that has five stage wins and two overall wins the last three weeks.

Cole Custer was second at Phoenix and had seven wins over the course of the season, including one at Dover in the playoffs. He also led the most laps and had a stage win at Kansas. Tyler Reddick was third in the desert last week. He has not won a playoff race, but did win five races during the regular season.

Austin Cindric, Chase Briscoe, and others had fine seasons, but these are the best four and the four most deserving of going for the grand prize of the 2019 Xfinity Series season.

It is nice that NASCAR only goes to Homestead-Miami once a year for the championship race. The standard-issue 1.5-mile track with turns of 18-20 degrees in the corners and flat straightaways has an aura about it given that it is the title track. It is usually a clean race with very few cautions. That certainly applied to last year’s race, as it was the fastest in the history of the Ford EcoBoost 300 at 2:08:06. The average speed of 140.515 was also the fastest all-time.

Hopefully we get the same thing again. Fans have been enthralled by the short track and road course races this season and NASCAR should definitely consider adding those across all of its circuits, but the championship race should be driver vs. driver and car vs. car. Cautions should come into play as little as possible. The last thing anybody wants is some sort of wreck deciding a title. It comes with the territory and it could happen here, but it is nice to see an unencumbered race at the end.

Ironically, despite the dominance from Chris Bell over the last two years, he hasn’t won at Homestead. Custer won in 2017 and Reddick won last year. Custer wasn’t even among the final four in 2017. William Byron finished third and won the championship. Bell, then a part-time driver, was 36th.

The odds to win the race show Bell and Custer at +200. Reddick is +275. As we saw back in 2017, somebody not in the final four can win this race. The championship odds will be posted closer to race day, as the highest finisher of the last four will be declared the winner.

Allgaier is +1320, with Briscoe at +2200, and Cindric at +3300. Anybody outside of those six taking the checkered flag would mean that there were a lot of wrecks or a wreck that involved the top drivers.

It may surprise some people to see Custer lined the same as Bell, but it should. In his two Ford EcoBoost 300 races, Custer has won five of the six stages and led the most laps both times. He just failed to win last year, finishing second to Reddick, who was around the lead, but got it very late in the race to get the win. Reddick was fourth in 2017.

Allgaier has not been great here. Cindric and John Hunter Nemechek both had top-five finishes last year.

This looks like a three-horse race, much like the Xfinity Series season as a whole. Take your pick between Bell, Custer, and Reddick.

As we talked about prior to Texas, where Bell won and swept the board, Custer was probably the best on 1.5-mile tracks, but Bell’s performance in Fort Worth was dominant. Custer finished eighth. Reddick, ever the opportunist, could sneak up there, but my handicap says we are looking at Bell or Custer and there are no other options beyond that.

So, who do we take?! I have to give the nod to Bell. All of the drivers are motivated, but Bell hasn’t won this one yet. Had he not kept his car off the wall last week at Phoenix, I would be more concerned because he’s had an outstanding machine the last two weeks. Because he did and because they don’t have to fix a whole lot before this week’s race, he’s my pick at +200.

Hope you’ve enjoyed the write-ups this season. Enjoy the few months off from NASCAR!

Boxing Betting — WBC Heavyweight Title: Will it Be Sweeter for Ortiz the Second Time Around?