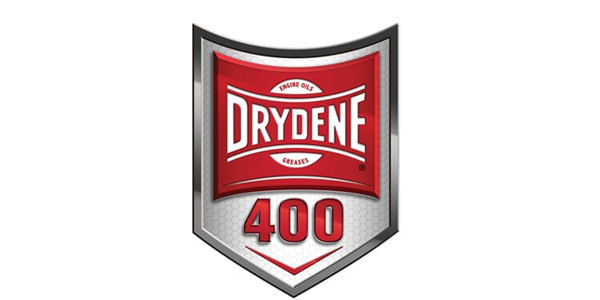 The NASCAR Cup Series season is rolling right along. It is hard to believe that we are already on the 13th race of the season. That will be the Drydene 400 at Dover International Speedway in the state of Delaware. Two of the next three races are on road courses, so a lot of drivers are likely to be pushing hard for good showings here.

We’ll use odds from MyBookie Sportsbook to break down this week’s race at Dover and to also take a look at how things stand for the overall Cup Championship that will be decided on November 7 at Phoenix.

Denny Hamlin, who secured his 10th top-five finish of the season last week, is the second favorite at +500. The usual suspects are all lined at short prices as well, with guys like Kyle Larson, Brad Keselowski, Chase Elliott, Kevin Harvick, and Kyle Busch anywhere from +700 to +1000.

Like we’ve talked about a lot this season already, NASCAR odds are pretty boilerplate. The top seven guys are +1000 or lower and then you have a Joey Logano or Ryan Blaney at 12/1 or 14/1 and then start will William Byron at 16/1 or 18/1 and go down from there.

The Monster Mile is the adopted name of the track in Dover, Delaware. It does measure one mile with 24-degree turns and nine-degree straightaways. The track opened in 1969 and used to have two races per year, but will only have one now. Dover lost its fall playoff date and now only has the one race in the spring.

Dover Motorsports owns the Nashville Superspeedway, which is a new addition to the NASCAR Cup Series circuit this year, so one of the Dover dates was taken away to accommodate the race in Music City, which should draw more crowds as a destination city.

The Standings and Updated Championship Odds

Denny Hamlin still has a comfortable points lead with 529, even though he has not won a race yet. Hamlin has 172 stage points, 55 more than anybody else. Martin Truex Jr. is second with 454 points. His 117 stage points are the second-most. William Byron is up to third in points now with a run of 11 straight finishes in the top 10, including a win at Homestead-Miami. Joey Logano is fourth with 406 points, but he has finished outside the top 12 in three straight races. Ryan Blaney is fifth, due in large part to his 111 stage points.

Kyle Larson, Kevin Harvick, Chase Elliott, Brad Keselowski, and Kyle Busch round out the top 10. Harvick and Elliott are still looking for their first wins. The other three and everybody else in the top 10 has won a race.

The other race winners are Christopher Bell, Alex Bowman, and Michael McDowell.

As far as the championship odds go, Harvick is still up near the top of the board because the championship race is at Phoenix. He hasn’t had a great season to this point, but the thought is that he’ll likely be a factor in the finale.

Doin’ It At Dover

Who has had success at Dover? Remember, this was a twice-a-year stop up until this year, so we have lots of data points at The Monster Mile. Kyle Busch, Harvick, Truex, and Ryan Newman all have three wins each at Dover. Busch’s 13 top-five finishes are the most of any driver. Harvick has 10 and the most top-10 finishes with 21.

Harvick’s 1,666 laps led over 40 races are the most, but Harvick’s 40 starts are second only to Kurt Busch. Kyle’s 1,213 laps led may be more impressive by comparison with just 32 starts.

Doin’ It At Dover Recently

If we look at the last 10 races, that is where a couple of names really stand out. Truex Jr. has averaged a top-five finish in his last 10 Dover starts with two wins, eight top-five finishes, and nine top-10 finishes. Larson has a win and five top-five outcomes. Harvick has two wins and five finishes in the top 10.

Ellliott has a win and has been in the top five seven times in his last 10 Dover starts. He only has eight lead lap finishes, so his average finishing position is 11.3, but seven top-five finishes out of eight finishes on the lead lap is really strong.

Cole Custer has finished 10th and 11th in two tries here, so we’ll see how that goes for him this week. Kyle Busch only has seven lead lap finishes in his last 10 tries, but a win, three top-five finishes, and six top-10 finishes.

There aren’t really a lot of surprises at Dover.

It is really hard to go against Martin Truex Jr. with the run he’s on and his recent successes at Dover, so even though he is the favorite, you have to have him on your card.

I’ll also be looking at Chase Elliott this week. Elliott hasn’t put it all together yet, but ran well on the short track at Martinsville and had a top-five finish at Phoenix. He could very well win one of the next three races, as he’s good on road courses and great at Charlotte, but maybe he just goes ahead and gets one here.

Kyle Larson is the other one in the triumvirate this week and another guy you should watch in matchups. Larson led the most laps and won the second stage at Kansas, but finished 19th. He was second last week. He’s been consistently good except for the gimmicky dirt race at Bristol and then at Talladega. In regular races, he’s been great and should be again here.