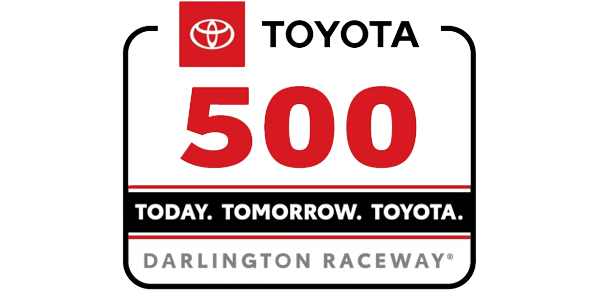 The 50th win of the Hall of Fame career for Kevin Harvick had to be the weirdest. A double donut celebration and an empty Victory Lane were the only public celebrations that we saw. Behind closed doors, maybe things were different, but NASCAR is trying to serve as another example of how distancing can be done with certain sports. The only distancing NASCAR isn’t abiding by is the schedule.

The Cup Series will be back on the road on Wednesday, weather permitting, with the Toyota 500 at Darlington Raceway. Rain is in the forecast and the contingency plan is to move the race to Thursday if necessary. Given that this will be a night race in hopes of procuring a primetime audience, a decision may be made earlier rather than later because a race that starts at 10 p.m. ET probably won’t be great for the ratings or the interest level.

In any event, this is a quick turnaround from Sunday’s afternoon run to Wednesday’s 7:30 p.m. ET start time. The teams don’t have a lot of time to get the cars in order and there were some rubs, bumps, tire problems, and engine hiccups in Sunday’s race. That was to be expected with a bunch of rusty racers on the 1.366-mile Lady in Black track.

We’ve got a data point now. Going into last weekend’s race, the favorites, Kyle Busch and Chase Elliott, were +650. This week, three drivers are priced under that number.

After a look at the odds from 5Dimes Sportsbook, we’ll take a look at how to handicap the Toyota 500.

Kevin Harvick checks in at +325 as the race favorite, which is typically a price that we see reserved for Kyle Busch. Busch is the second favorite at +510 and the overwhelming favorite in the Toyota 200 Xfinity Series race scheduled for Tuesday night. The contingency plan in case of rain for that one is to run Thursday at noon.

The starting grid for the Toyota 500 is rather interesting. NASCAR took the inverse of the top 20 finishers from last week and flipped them, so Harvick starts 20th, Bowman starts 19th, Kurt Busch starts 18th, and so on, all the way up to Ryan Preece with the pole position. Ty Dillon will start second.

Once again, we’ll have no qualifying and no practice. At least the drivers aren’t going in as blind as they did on Sunday. Obviously Darlington has been a stop on the Cup Series circuit forever, but the drivers were still getting behind the wheel for the first time in two months right before the race began.

We don’t really think much about the toll that racing takes on these guys, but this is an extremely quick turnaround, both physically and mentally. With five Cup races scheduled to be run from Sunday through May 31, that will be a storyline to follow in future races. I’m not sure about this week necessarily, but moving forward, it could be a contributing factor in some group matchups.

The 500 in this instance is 501.12 kilometers, which translates to 228 laps around the Track Too Tough to Tame. There were 10 lead changes and 10 cautions in the first race. Even though Harvick won for Ford, six Chevrolet cars were in the top 11. Toyota had three, all, of course, from the Joe Gibbs Racing family. Will this race play out in similar fashion?

Harvick is a deserving favorite after leading 159 of the 293 laps. Bowman is plenty worthy of being among the short prices with a runner-up finish and that terrific run at Auto Club earlier in the season. Busch will obviously garner respect no matter how the previous race went. He finished 26th and will have to come a long way up the order to get close to the lead.

Before we get too far, props to Matt Kenseth. New team, new rules package, new manufacturer, and it was like he never left en route to finishing 10th. He chose to use his post-race platform to sing the praises of rookie Tyler Reddick, which were also deserved, but Kenseth’s run was spectacular. That being said, I wouldn’t bet on a repeat performance and he could be a good matchup fade.

My eyes are on Brad Keselowski this week at +900. Keselowski consistently ran well throughout the race, including the win in Stage 2. He eventually fell to 13th, which helps his starting position for this week, but he has a solid, reliable team and typically has one of the better cars in the race. Keselowski will have teammates Ryan Blaney and Joey Logano up near the front of the pack with him early in the race as well.

The price on Denny Hamlin isn’t good enough for me at +600, but he could be a good bet in matchups against the shorter prices like Harvick, Busch, Truex, and Bowman. He’s just a solid driver on these intermediate tracks. Harvick is using the exact same car from Sunday’s victory, which seems like a no-brainer given the finish, but there could obviously be some risk in that. Teams are forced to make those tough decisions with these short breaks between races.

Speaking of which, many teams are making changes. John Hunter Nemechek had a great finish in ninth, but Front Row Motorsports is going with a new car for the #38. Similarly, Blaney and Team Penske will run out a different #12 car. There is a lot of risk with bringing out a new car with no chance to practice or qualify, but Blaney finished 16th and just wasn’t fast enough, so a change could make a lot of sense for him. A lot of guys will change cars and that will be part of your handicap to be sure.

Here is another part of the handicap. Fading Erik Jones. Jones finished a strong eighth, but his crew chief, Chris Gayle, is suspended for this race. That is a huge loss with the rapid turnaround and all of the uncertainty. Jones is priced into matchups with guys like Joey Logano, Jimmie Johnson, and William Byron, which may leave a shortage of options, but there is a reason that Logano is +131 at time of writing among that group. Byron showed good speed and Johnson made a tactical error that knocked him out of the race when he bumped with Chris Buescher. Johnson probably would have won the first stage otherwise.

So, for Darlington Part Deux in the Toyota 500, we’ll be taking a piece of Brad Keselowski to win the race, Denny Hamlin and Ryan Blaney in some matchups, and will look to fade Erik Jones. Blaney had a ton of speed early in the season, so maybe that backup car will bring that back.

The Toyota 500 is supposed to start Wednesday night at 7:30 p.m. ET on FS1. If Mother Nature decides otherwise, look for the race on Thursday night.