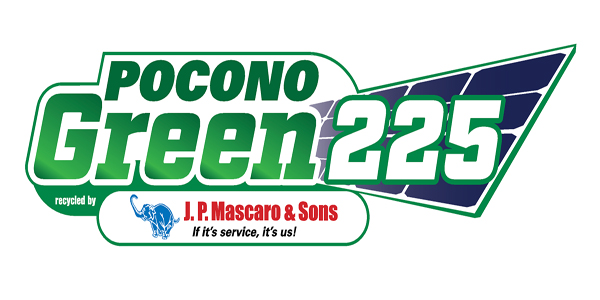 The Xfinity Series will serve as the appetizer to Saturday’s main course at Pocono Raceway. The Pocono Green 225 will be the lead-in to the first of two NASCAR Cup Series events in Long Pond, PA on the triangle-shaped track in the Keystone State.

The Xfinity Series knows all about doubleheaders. They just ran one two weeks ago at Homestead-Miami. This race, like last week’s Unhinged 300 at Talladega, is just a standalone race. It looks as though the Xfinity Series will run another doubleheader at Kentucky July 9-10.

We’ll worry about that later. For now, here are the odds for the 12th race of the Xfinity Series season, the Pocono Green 225 per 5Dimes Sportsbook:

This is a 2.5-mile track at Pocono and will be a good test for the younger crop of racers. This is part road course, part oval with some tight turns, but some long straightaways that allow for a lot of speed. Low-banked turns can bunch everybody up and that will be something to watch with guys that don’t quite handle their cars as well as the Cup Series drivers.

We had a surprise winner from off the board win last week at Talladega in Justin Haley. Haley finds himself at +2500 this week at Pocono. Chase Briscoe is once again at the top of the odds board, as he has been so many times over this season. He is +250. Austin Cindric is +465 coming off of his sixth top-five finish of the season. Noah Gragson leads the field in points with 469 and sits third on the board at +550.

Justin Allgaier, Ross Chastain, and Harrison Burton round out the single-digit prices.

Haley’s win means that six points-eligible drivers account for 10 of the 11 wins. Kyle Busch had one at the Alsco 300 way back like eight years ago before coronavirus. Gragson has a 15-point lead over Briscoe, who has the most wins in the field with three. Cindric and Chastain, who are winless, sit third and fourth, respectively, in points. Burton is fifth.

Brandon Jones is the other driver with a win, which he got at Phoenix. He is +1320 alongside Daniel Hemric this week, who just has not been able to post results similar to a couple years ago when he was a full-time Xfinity Series racer.

This is a young race by Xfinity (Nationwide) Series standards. This will only be the fifth running of this race. It will also be the shortest, aside from the 2016 race that was interrupted by rain. To this point, Kyle Larson, Brad Keselowski, Kyle Busch, and Cole Custer are the four winners. None of those four drivers are in this race.

The obvious starting point here is Justin Allgaier. Allgaier has wrecked twice in four years, but when he hasn’t wrecked, he’s been a factor. He won Stage 2 last year and was second in Stage 1 before finishing 11th. He led 13 laps and finished second to Keselowski back in 2017.

The risk here is that Allgaier has had issue after issue last season. In fact, he’s been outside the top 20 in his last three races. He has four stage wins and two top-five finishes, but he certainly hasn’t been worth the price. If he stays clean here, he doesn’t have any Cup Series rides to contend with. I have to think that helps him.

Briscoe ran well here last year as a rookie. He was fourth in Stage 2 and eventually finished in third. It was his first Xfinity Series start at Pocono. Unfortunately, +250 prices just don’t leave a whole lot of meat on the bone. He’s got three wins and two additional top-five finishes. He had a stage win last week at Talladega. It’s just a hard price to fall in love with.

Cindric ran in the top 10 throughout last year’s race prior to finishing seventh. He led one lap and finished fourth back in 2018. There isn’t a lot of data on these guys, especially the younger drivers, with just four races. Cindric is a good road course racer, so maybe the tunnel turn and the narrow Milwaukee Mile turn work out well for him shifting out of the corners.

Gragson finished sixth last year in his first Pocono start. Chastain has been outside the top 10 in all four tries. Burton was third here in his Truck Series race, but has not run a car here. Jones was eighth in his first start and then 36th, 24th, 38th.

Hemric actually ran third here in 2018 and ninth in 2017. He hasn’t really shown great results for JR Motorsports so far this season, but the price isn’t bad at +1320.

Hemric at +1320 isn’t a bad gamble either. Otherwise, it would feel like throwing some darts. Briscoe could very well pick up his fourth win at the short price, but there isn’t enough value on that number. Same with Cindric, who will be a great bet at the road courses down the line.