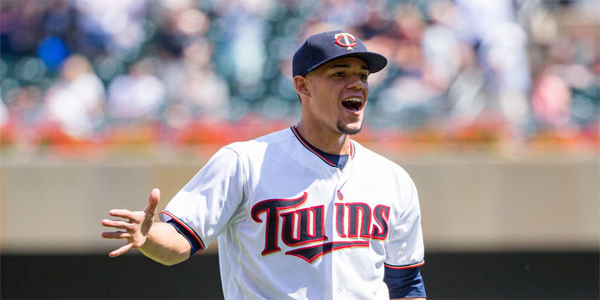 MLB futures and season-long props are going to be extremely hard to play. Even the simplest of injuries requiring an injured list stay will take up 10 days, or 15% of the days allotted for the 2020 season. The teams will be playing 60 games over 66 days, coronavirus-permitting, of course.

This is going to be the weirdest of seasons during the strangest of years. It is going to be a real challenge to put money out there with a 2.5-month holding period in the regular season with what we hope is football season going on once September hits.

But, people are going to bet these things and there could very well be value. As I look up and down the season win total board at BetOnline Sportsbook, a lot of the teams seem to have been set a tad low to encourage some activity on the over. Injuries and COVID tests are going to wreak havoc this season and it will mostly be luck of the draw as to the individuals and teams afflicted by those setbacks.

The MLB schedule will play a huge part in determining how teams do. The schedule consists of 40 games within the division and 20 games of interleague against the division in the opposite league. As mentioned in our look at the updated World Series odds, teams like the Twins and Indians appear to be the biggest benefactors with the White Sox, Tigers, and Royals all in the AL Central.

As such, the Twins and Indians sit third and fourth behind the Yankees and Astros with their win total lines. The Indians are actually fourth, despite being tied with the Rays, because they have extra juice on the over at -125. The Dodgers also had three teams with big losing records in the NL West in the Rockies, Padres, and Giants. The Diamondbacks could benefit as well, although the high-variance Padres could do better in this environment than I would expect them to over 162 games.

As a general rule here, I would be looking at unders far more often than overs. In order for a team to go over its win total, things will need to get right. Players will have to stay healthy. They may even need some luck from other teams suffering injuries or positive cases, as callous as that sounds. That is especially true of teams with higher win totals. The ceilings are capped for everybody with the virus lurking and most injuries being season-enders or close to it.

The teams that are worthy of overs are the teams with tremendous pitching depth in the bullpen. Most teams are likely to only run four starters most of the year with 60 games and six off days. They will try to structure everything to the point where that fifth starter is not needed. That may mean openers and/or piggybacks. Four-man rotations put a lot of strain on bullpens because pitchers are often kept to 60-75 pitches, which means 3-5 innings at most.

In this scenario, teams like the Rays, Padres, Yankees, A’s, Twins, Dodgers, and Braves would seem most likely to perform the best. The Twins have the weakest rotation of that group, but they can hide that by utilizing more bullpen innings. Teams like the Reds and Astros could also be included.

Offenses will have to swing it well and do so quickly. This is where I think the most variance lies with this season. Good pitchers should be good pitchers, specifically relievers. We’ve obviously seen stretches when good pitchers pitch poorly. For the most part, really bad teams are really bad because their offenses are consistently bad. Teams like the Mariners, Pirates, Tigers, Marlins, Giants, and Orioles fall into that group.

Offenses like the Blue Jays, Rockies, Diamondbacks, Angels, and White Sox could get hot for just the right amount of time.

This type of shortened-season format may also help teams that deal with extensive injury woes, like the Mets, Angels, Yankees, and others. Having to stay healthy for 60 instead of 162 may work out better. It also may not.

If I had to fire on any of these, here are a few I would consider, ASSUMING everybody is healthy entering the season. That is a massive assumption. We don’t need to bet any futures until we know the season will go as planned and know what state these teams are in when we get to Opening Day.

Minnesota Twins Over 34.5 – The Twins are sitting pretty here. The Indians are a flawed team with what looks like the makings of a slightly above average offense on paper and a pretty bad bullpen. The starting staff for the Tribe is a big strength, neutered somewhat by this format. Along with a Tribe team that can be had, the Twins face three teams for 30 games that lost at least 89 times last season – the White Sox, Royals, and Tigers.

This is one of the few over bets I would consider, along with Tampa Bay thanks to their bevy of pitching, San Diego with the best bullpen in the NL, and Toronto with an offense that could be really fun in short bursts.

Philadelphia Phillies Under 31.5 – I didn’t like this team for the full season and I don’t like them for the abbreviated season. The offense could be decent, but we figured that would be the case last year and it was well below average. The Phillies have very little pitching behind Aaron Nola and arguably the worst bullpen in the NL. It is going to be devastating to be in positions to win and have blown saves with next to no margin for error.

A team like the Phillies is outclassed by the other top three NL East teams and the Marlins have enough pitching to be dangerous. Facing the AL East is a problem because I don’t see the Phillies outscoring the Yankees, Red Sox, or Blue Jays and the Rays are just better than they are in all facets of the game.

As far as this schedule goes, I think the Phillies are one of the teams hurt the most in the grand scheme of things.

San Francisco Giants Under 25.5 – I don’t think the Giants are a winner in this scenario either. The offense is terrible. They were capable of winning some low-scoring games at home before they dismantled the bullpen at the Trade Deadline last year. There haven’t really been any exciting replacements added to the roster.

While a shortened season may help one of the oldest starting lineups in baseball, it is hard to see this team being better than any of the four teams in the NL West. Drawing the AL West means Houston and Oakland, which is no fun. Texas will be improved with a revamped rotation. The Angels also spent on offense and have an improved pitching staff.

Seattle is the only team on San Francisco’s level. This is just an old, low-upside team with a new manager in Gabe Kapler that may not translate as well as a well-respected veteran like Bruce Bochy. This is certainly a low number, but this is a really poor baseball team with a chance to be really bad over 60 games.