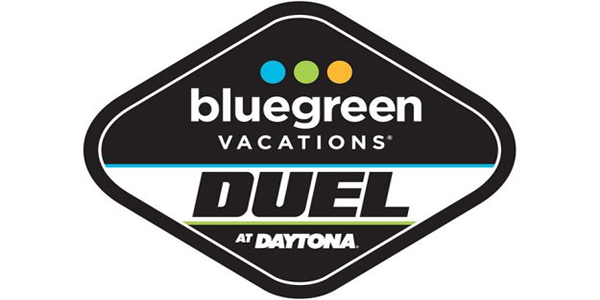 After what we saw during the Busch Clash, it seems likely that the drivers and the teams don’t even want to put their cars through another round of that at Daytona International Speedway. They don’t have a choice. The drivers will set the starting field for the Daytona 500 with this week’s Bluegreen Vacations Duels.

These are two 150-mile races with 60 laps around the 2.5-mile track in Daytona Beach. Six cars finished the Busch Clash and Erik Jones won. There were four crashes in the final 22 laps that took out a lot of the 18 cars that were in the original field. Jones, Austin Dillon, Clint Bowyer, Kyle Larson, Ryan Newman, and Denny Hamlin drove the only cars across the finish line. Of course Hamlin, our pick for the Clash, was one of them, but he couldn’t win. Instead, he was a lap down and helped Jones to the win.

Repairs will have been made and the teams will get set back up for the Duel. Again, this basically serves as qualifying for the Daytona 500, as the results will set the starting grid. That likely means more carnage for these vehicles as they head on into the official opener for the 2020 NASCAR Cup Series season.

Perhaps it is a mistake, but we’ll have a Daytona 500 preview out today before the Duels, but obviously you will want to pay attention to how the drivers finish on Thursday night. Of course, wrecks are a certainty on Sunday to throw everything out of whack anyway.

Teammates Joey Logano and Brad Keselowski had some words last weekend at the Clash, but they are the co-favorites at +450 according to the odds at 5Dimes Sportsbook for the first Bluegreen Vacation Duel. Ryan Blaney and Denny Hamlin are next up at +700.

Here are the odds for the first duel, which takes place at 7 p.m. ET on February 13:

The fields are fairly split between the two Duels, though it feels like this field is a good bit stronger than the other one. Chase Elliott is a two-time winner of the Duels, with wins in 2017 and 2018. Denny Hamlin has three victories, with the most recent coming in 2017. Those are the only multiple winners among this set of drivers.

As we saw last week, these Daytona races are something of a crapshoot. There are drivers that traditionally do better in the restrictor plate races, like Hamlin, Elliott, and Logano. All of those prices are pretty short, but that would also be the shortlist of guys that you would expect have the best chance to win something like this.

Logano did win one of the Duels last year and had the fastest average speed ever at over 193 mph. Since these began, Ford is second with 28 wins. Chevy leads the pack by a large margin with 53, though 18 of those wins belong to Dale Earnhardt and Cale Yarborough.

With only 60 laps and 150 miles, the starting order could matter a bit. Elliott starts second, with Hamlin third, Aric Almirola fourth, Christopher Bell fifth, and then Logano sixth. Keselowski will have to make up a lot of ground starting 12th. Wrecks could certainly help with that.

With Elliott starting at the front and being so good in these plate events, his +800 price tag is worthy of a shot.

The long shot I am looking at is Austin Dillon, a past Daytona 500 winner, at +2500.  He’ll start 15th, so he’ll likely need some help, but he could get it, especially with Crash Test Dummy Ricky Stenhouse Jr. in the field and likely falling back through the pack. Stenhouse annually has one of the highest crash rates in NASCAR.

It is entirely possible that the drivers don’t take an ultra-aggressive approach to this race. After all, most of the drivers from last week’s Clash had to make repairs to their vehicles prior to the Duels and won’t want to put a lot of time, energy, and money into the controlled Demolition Derby that is the Daytona 500.

Kyle Busch, as he will so many times this season, headlines the odds board for the second Duel at +450. Kevin Harvick is +600, with Kurt Busch at +700. As you’ll see from the odds and the longer prices here, the field for the first Duel is definitely stronger.

Alex Bowman starts at the front here, with Jimmie Johnson second and the ever-dangerous Kyle Busch third. Billy Byron is fourth, with Clash winner Erik Jones fifth. Busch, Johnson, and Harvick are multiple winners in the Duels, but Busch is on a three-year drought with winning one. Harvick won last year. Johnson hasn’t won a Duel since 2015, but he did win the Clash last year, so he hasn’t come up empty at DIS since then.

With a weaker field overall, you have to wonder if the chalk just holds up here. On the other hand, there are some weaker drivers in the mid-range, so we could see some rubbing and some wall-banging that could really bunch the cars up and ultimately upset the results.

There is a long shot I really like here and that is Tyler Reddick. I think there will be a certain element of complacency for the top teams that won’t want to be overhauling cars going into Sunday’s Daytona 500. I think Reddick has every reason to be aggressive. He’s run very well at Daytona in the Xfinity Series in the past. He’ll start ninth on Thursday night and I think his +2000 price is quite attractive.

Will Tiger Woods Shine Among Strong Field at the Genesis Invitational?