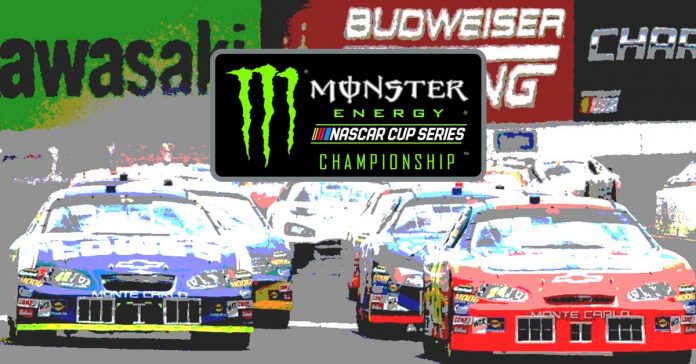 Another week, another favorite to win the Monster Energy Cup NASCAR title, making it three different favorites in the last three weeks. Kyle Busch has been favored nearly the entire season, but has fallen off pace a little bit in the playoffs and is now the third choice, as a decent finish at this week’s race in Phoenix could very well get him in, although he only leads Joey Logano by two points and will have to keep one eye on him during the race.

Kevin Harvick is the new favorite, falling from +700 last week to +200 this week after picking up the victory at Texas Motor Speedway, giving us two of the final four drivers in Harvick and Martin Truex Jr., who took the win at Martinsville, so can’t say it’s a surprise to see those two listed as the favorites, seeing that they’re already locked in to next week’s final race at Homestead-Miami.

Busch did win at Phoenix earlier this year, while Truex finished second and Ryan Blaney was third, but a third-place finish won’t be enough for Blaney in this one, as Kyle Larson and Chase Elliott all need to win in order to move on and have a shot for the title.

Harvick has enjoyed quite a bit of success in Phoenix, taking seven of the last 14 races and has nine victories total in Phoenix, so definitely a track that he likes.

Logano is another who could get it on points depending on who wins the race. If Harvick, Truex or Busch manage to take the win, Logano has a pretty good shot, as he’s 20 points in front of Hamlin and Hamlin has scored 20 points more than Logano in just five races this season. They both left Phoenix with the same number of points earlier this year.

The feud between Hamlin and Logano could come into play here, especially if it looks like Hamlin is going to be left on the outside, as he could very well decide to take Logano out. This isn’t a new rivalry by any means, as the former teammates have had issues dating back to 2013, but they’re just now resurfacing as the two of them are battling it out for one of the final four spots in the playoffs.

Learning From Recent Losses & Looking Ahead To Potential Bets