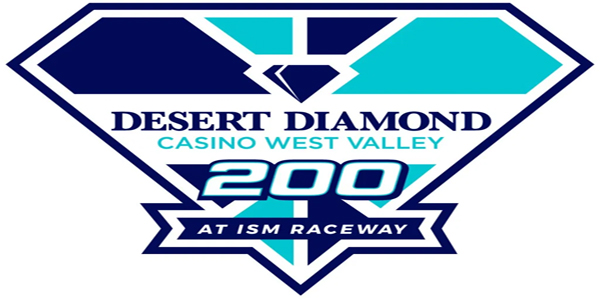 You know when you’re throwing darts and you need a double 20 to win? Invariably, you throw one just above the wire for zero points and then throw one just under the wire for 20 points. Then you have to come back up and aim for double 10 and do the same thing again. And then your friend wins the game?

That happened to us last week with the O’Reilly Auto Parts 300. There were only three logical choices to win – Christopher Bell, Cole Custer, and Tyler Reddick. Reddick was the pole sitter. Custer was the best regular season driver on 1.5-mile tracks. Bell won the race. Last week’s article suggested a unit on each Custer and Reddick with a profit no matter which guy won, but neither guy could get us there.

So, we now move on the Desert Diamond West Valley Casino 200 at ISM Raceway in Avondale, Arizona. Formerly known as Phoenix International Raceway, this one-mile loop just outside of the big city is the site of the final race of the Round of 8. The championship race awaits next week at Homestead-Miami.

We’ll break this one down with some analysis of the track, the drivers, and the playoff picture, with odds on the right-hand side for desktop viewers and down below the comment box for mobile viewers.

Chase Briscoe, Michael Annett, Austin Cindric, and Noah Gragson are in win or go home mode. There is a small chance that Briscoe can catch Justin Allgaier without a win, but the 18-point gap between the two drivers looms rather large, considering Allgaier has not finished lower than ninth since the second race at Daytona on July 5. Allgaier has four top-five finishes in five playoff races.

Cindric would appear to have the best shot. He’s been second, third, third, 25th, and third in his five playoff races thus far. Maybe Briscoe has a good shot, considering he’s won a stage and led the most laps twice through five playoff events. We can safely close the book on Gragson and Annett.

Briscoe is +1320 and Cindric is +1920. Considering how big these prices are, a little Hot N Fresh pizza money on the two long shots isn’t a bad idea. After all, they’ll need to drive very aggressively. It may be in the best interest of guys like Bell, Custer, and Reddick to stay out of the way at times and not get their cars banged up going into next weekend.

Bell won this race last year, but after finishing 37th at Kansas and 32nd at Texas, the stakes were a little higher. This season, he is the points leader. The points reset at Homestead-Miami anyway and the highest finish among the four drivers will get the championship, so he doesn’t have as much to vie for this time around. He was 30th in the race at Phoenix earlier this year, but he did win Stage 2.

The winner in the spring was Kyle Busch, who has 11 wins at this level at Phoenix. At least he’s not in the race this weekend. Reddick was third and Custer was fourth. Those two guys are lined at +330 this week, with Bell the clear-cut favorite at +130.

Bell was the only one of the three to post a top-five finish last spring at ISM. In the fall race, Bell won and Daniel Hemric was second. Custer was eighth and Reddick was sixth. Shorter and intermediate tracks have been the strong suits for Bell this season. He’s got wins at Bristol, Dover, Iowa, New Hampshire, and Richmond. His Texas win was just his second on a 1.5-mile track.

Adding more fuel to the Cindric fire, he was fourth in this race last year as a rookie.

Or this could be the week for Justin Allgaier. Allgaier won three stages at Phoenix last year, but couldn’t get the overall race win. He was second with the most laps led and the pole in the spring race. In the fall race, he won stages 1 and 2, but finished 24th. Earlier this year, he was 14th and never really threatened.

Allgaier still doesn’t have a win this season, but he has 15 top-five finishes and seven stage wins. He’s getting closer. He could use the win to add an exclamation point to his spot in the final four, but it would only be necessary to win if one of the four drivers below him pulls the upset and keeps him out of the playoffs.

Allgaier will have some controlled aggression this week. Barring a win for the four drivers below him, he basically just needs some reasonable number of points to advance. However, he may want to go for that win and remove all doubt. He’s +1190 this week.

Look, one of Bell, Custer, and Reddick probably wins this race. They’re just the best on the circuit right now. Bell is the best short and intermediate driver, so he is a deserving favorite and could very well repeat in this race.

But, I think this is a week for throwing some of those aforementioned darts in hopes of hitting a bullseye. Allgaier, Briscoe, and Cindric are all live because of what is at stake. These are small investments, say maybe a quarter or a half unit to get a nice pay day. That would be the approach that I would take this week. Reddick and Custer each have one win at a one-mile distance, so they can win, but this is a race to take some chances, much like the drivers will. Allgaier was the favorite here last year and now we’re getting +1190. That is some good value.