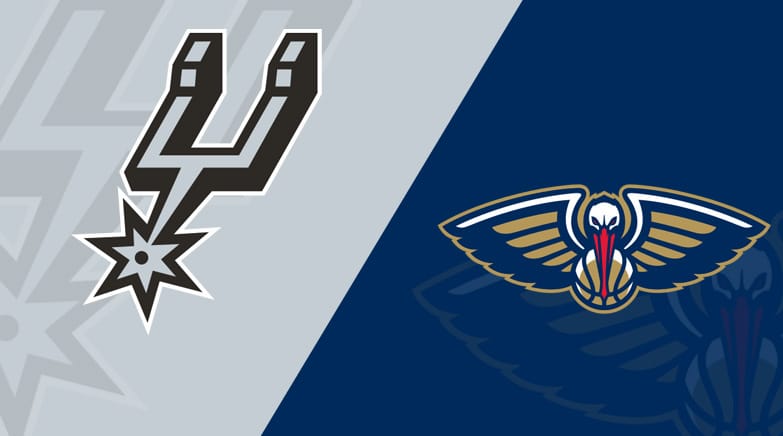 The 2022 NBA play-in tournament goes on Wednesday, April 13, with the Western Conference battle from Smoothie King Center in New Orleans, so we have prepared the best Spurs vs. Pelicans betting pick and odds.

These two Southwest Division foes lock horns for the fifth time in 2021-22, and San Antonio has won three of its previous four encounters with New Orleans. The Spurs are listed as 5-point road underdogs for Wednesday night’s clash, while the totals sit at 228.0 points on MyBookie Sportsbook.

Dejounte Murray has missed five of the Spurs’ last six contests due to an illness, and the 25-year-old points guard will be ready for the Pelicans game. Murray has led the charge for the Spurs so far this season, tallying 21.1 points, 8.3 rebounds, and 9.2 assists a night. Lonnie Walker IV (12.1 PPG) is listed as questionable with a back injury.

The New Orleans Pelicans (36-46; 41-40-1 ATS) have won eight of their previous 13 games overall but finished the regular season with two consecutive losses to Memphis 141-114 and Golden State 128-107. They enter the play-in tournament as the N. 9 seed in the West, hoping to get back on the right track.

Brandon Ingram hasn’t played in the last three contests due to a hamstring injury. He’s been a key player for the Pels for most of the season, racking up 22.7 points, 5.8 rebounds, and 5.6 assists per game. CJ McCollum, who joined New Orleans at the trade deadline, has averaged 24.3 points and 5.8 dimes through his 26 appearances in the Pelicans’ uniform.

Ingram is questionable to play Wednesday against the Spurs, and his eventual absence would be a huge blow for the Pelicans’ offense. In its last ten outings, New Orleans has scored 117.9 points per 100 possessions and yielded 116.7 in a return.

The Spurs have owned the Pelicans in the last few years. San Antonio has won nine of its previous 11 dates with New Orleans, and the Spurs are 8-1 ATS in their last nine contests against the Pels. Gregg Popovich should know how to prepare his team for Wednesday’s battle at Smoothie King Center, so I’m backing the Spurs to keep it close and cover a 5-point spread.

The Pelicans are not a great defensive team, while the Spurs take good care of the ball. San Antonio ranks second in the NBA in turnovers per 100 possessions (12.6).

Four of the last five meetings between the Spurs and Pelicans produced 218 or fewer points in the total, while the other one saw 235 points on the scoreboard. The under is 7-1 in their previous eight encounters, and I would ride this betting trend.

The Spurs have improved their defense lately. San Antonio has kept its opponents below a 105-point mark in five of its previous ten games. On the other side, the Pelicans have yielded 109 or fewer points in seven of their last 11 outings.