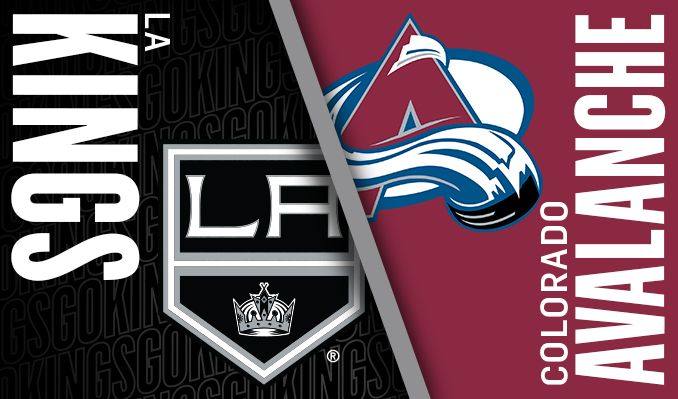 The NHL betting action continues Wednesday, April 13, 2022, with four games around the league, so we are taking a closer look at the Western Conference battle from Ball Arena in Denver to get you the best Kings vs. Avalanche betting pick and odds.

The Avs opened as firm favorites on Bet US Sportsbook, looking to sweep their three-game regular-season series against the Kings. In their previous two encounters, Colorado has defeated Los Angeles 4-1 as a -180 road fave and 3-0 as a -210 road fave.

The Kings play without rest

The Los Angeles Kings meet the Avs on the second night of a back-to-back set. Their Tuesday game against the Chicago Blackhawks has been excluded from this preview, and the Kings were trying to put an end to their three-game losing streak.

The Kings started a three-game road trip last Sunday, suffering a 6-3 defeat at the Minnesota Wild. They managed to blow a three-goal first-period lead, while Cal Petersen yielded six goals on 33 shots to record his second straight loss. It was the Kings’ fifth defeat in their last seven outings, and LA fell to the seventh spot in the Western Conference.

The Avs shoot for their seventh win in a row

The Colorado Avalanche (52-14-6) are rolling on a six-game winning streak following a 2-1 shootout victory at the Edmonton Oilers this past Saturday. Darcy Kuemper went off for a whopping 49 saves while stopping all three attempts in a shootout, while Nathan McKinnon scored a late equalizer in the regulation along with the winning shootout goal.

The Avs are topping the NHL, two points ahead of the Eastern Conference leaders, the Florida Panthers. The No. 2 seed in the West is a huge 13 points behind the Avalanche, who boast the third-highest scoring offense in the league (3.76 goals per game).

Colorado will face off against LA on the first day of a back-to-back. The Avs start a four-game homestand, and Darcy Kuemper is expected to guard the cage. The 31-year-old goalie is 34-9-3 with a 2.37 GAA and .926 save percentage this season.

If Kuemper gets the starting call, I have to look at the Avalanche. Darcy has allowed one goal on 64 shots in his previous two meetings with the Kings in 2021-22. Kuemper has been one of the best goaltenders in the league over the last few years, so Los Angeles could have a mountain to climb in Colorado.

The Kings own the fifth-worst power-play percentage in the NHL (16.8%). Their shooting percentage is the worst in the league by far. Los Angeles will need a ton of luck to get anything from this game.

Five of the Avs’ last six home tilts have gone under the total, and four of those six games have seen five or less goals on the scoreboard. On the other side, four of the Kings’ last five contests have produced fewer than six goals in the total.

The Kings are winless in eight straight meetings with the Avs, and the under is 6-2 in that span. Los Angeles should take a cautious approach, so I lean the under despite the Avs’ powerful frontline.