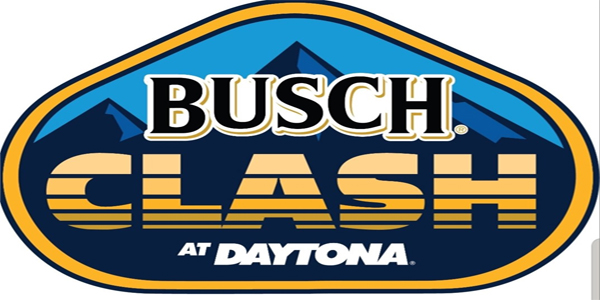 The schedule looks a lot different this year and there are some team and rules adjustments that we need to tackle so that readers are ready for anything that gets thrown at them during the season.

We’ll start with the overall changes and then look at Tuesday and Thursday’s races.

NASCAR is trying to bring a more exciting product to its fans and viewers. Viewers have been bored with the standard 1.5-mile tracks where it comes down to the best equipment. This year, the drivers will run the Busch Clash on the Daytona International Speedway Road Course and the second race of the year, the Go Bowling 235, will be on the road course.

Homestead-Miami will follow as the third race of the year. The seventh race of the year will be the Food City Dirt Race at Bristol Motor Speedway, which has been transformed into a dirt oval for the first race at Thunder Valley. The second race will be the Night Race in the playoffs.

Other wrinkles include a race on the Road Course in Austin, Texas at the Circuit of the Americas on May 23. Nashville Superspeedway is a new track added to the rotation with the Ally 400 on June 20. There will be another back-to-back at Pocono on June 26-27. Road America, which has been used at the Xfinity Series level, will now be a Cup Series race on July 4 Weekend.

The race at Indianapolis Motor Speedway will be a Road Course race on August 15.

The All-Star Race has moved to Texas Motor Speedway, which now houses only one points race.

Erik Jones is no longer with Joe Gibbs Racing. He’ll run for Richard Petty Motorsports in the 43 car. Bubba Wallace who was in the 43, is now in the 23 for 23XI Racing.

Ross Chastain will take over the Chip Ganassi Racing car that Matt Kenseth drove in his return last season.

Alex Bowman has moved behind the wheel of the 48, vacated by the retirement of Jimmie Johnson. Bowman is still with Hendrick Motorsports. Hendrick has also added Kyle Larson to its stable of drivers. He’ll drive the 88 of Bowman, which has been renumbered as the 5 car.

As far as some crew chief changes, Chad Knaus has moved into an executive role for Hendrick Motorsports, so William Byron’s crew chief will now be Rudy Fugle, who comes over from Kyle Busch Motorsports.

Cliff Daniels, who was with Jimmie Johnson, is now Kyle Larson’s crew chief for Hendrick.

NASCAR didn’t change much as far as the rules package. Darlington Raceway and Nashville Superspeedway will use the low downforce package.

Another rule change is that teams must run at least 16 points events with a short block sealed engine. The previous rule was 13.

Really, the majority of the changes for NASCAR have been related to the schedule. There is a new Next Gen Car coming in 2022, so it makes sense that NASCAR wouldn’t upset the apple cart too much this year.

Here are the championship odds for 2021 per MyBookie Sportsbook:

The finale is at Phoenix Raceway again, so Kevin Harvick has to be the starting point for any handicap of the championship. Chase Elliott and Denny Hamlin are also very worthy of sharing the co-favorite odds. It would be a surprise to see anybody outside of those three take down the title.

Those three drivers combined to win 21 of the 36 races last season. There are some new wrinkles to the schedule that could upset the balance of NASCAR, but those changes probably help Elliott and Hamlin because both are good road course racers. They may hurt Harvick, who is at his best on the oval tracks.

Brad Keselowski at +800 is about as far as I would go. NASCAR’s competitive imbalance makes it hard to take any long shots here. There really isn’t much value in holding your money into the month of November for a payout this low.

BET NASCAR AT MYBOOKIE SPORTSBOOK WITH A WELCOME BONUS

Alright, let’s get to it with the Busch Clash, which will be run on the Daytona Road Course on Tuesday night.

Here are the odds from MyBookie Sportsbook:

Ryan Blaney has the pole position for the 20-lap, 50-mile “All Out Sprint” with no points, but a big cash prize. The criteria for this year’s race was changed because qualifying was so limited last year during the COVID-19 pandemic.

There are 14 turns on the 3.61-mile road course. It makes sense that Chase Elliott would be the favorite, as he has had plenty of road course success before. Rain has canceled this event several times before and rain is in the forecast virtually all week in Daytona Beach, so hopefully they can run this.

Elliott won the Go Bowling 235 last year on this track. Elliott won Stage 1 and then the full race. Denny Hamlin won Stage 2 and he’s the third favorite on the betting board. It is surprising to see Martin Truex Jr. listed second.

At time of writing, there were no odds on the Daytona Duels, but we can mention them quickly here. Joey Logano has won one of the two Duels each of the last two years. William Byron and Kevin Harvick are the others. It was Ryan Blaney and Chase Elliott in 2018 and Elliott and Denny Hamlin in 2017.

The Duels are 60 laps each measuring 150 miles on the speedway track. The Duels set the starting grid for the Daytona 500, assuming they are able to be run, weather-permitting, so keep an eye on how this one goes.