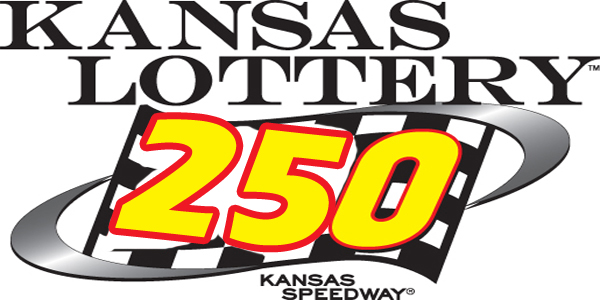 The Kansas Lottery 250 will be the weekend stock car spotlight race at Kansas Speedway this weekend. The Cup Series race goes off on Thursday night with the Super Start Batteries 400. This week’s Xfinity Series race is on Saturday evening and will be the last until August 8, so the drivers will get to take a week off.

Unlike last week when Kyle Busch was in the field, there are no Cup Series drivers in the field this week. Busch actually won last week’s race, but failed the post-race inspection, so everybody moved up a spot and that meant that Austin Cindric won his third in a row and the fifth in a row for Ford.

With that, let’s take a look at the odds from 5Dimes Sportsbook for the Kansas Lottery 250:

Cindric sits ahead of Chase Briscoe for this one, which is a rare sight as far as the 2020 Xfinity Series season goes. He is only 20 cents lower at +255 to Briscoe’s +275, but there was a long period of time in which Briscoe was the unquestioned favorite in these events.

Justin Allgaier is third at +500 and Noah Gragson is fourth at +650, The Xfinity Series odds are really not great because there are so few drivers that have a realistic chance to win, so we get depressed prices on those that actually do. Brandon Jones has one win this season and only three other top-five finishes and he’s +900. Burton just scored his first top-five finish in seven races and he’s only 7/1.

The options in the Xfinity Series right now are few and far between when it comes to making value bets.

This is your standard-issue 1.5-mile track, but it is the last one that the drivers will see until the second playoff race at Las Vegas. In two weeks, the drivers will be at Road America. Then they’ll run Daytona for a second time before back-to-back races on the Monster Mile at Dover. After that, it’s back to Daytona, a stop in Darlington, a short track in Richmond, and then Bristol to open the playoffs.

The Xfinity Series has more road courses and quirky setups than the Cup Series each year, like the Road America stop, the usual stop at Mid-Ohio, and then the road course at Indianapolis Motor Speedway a few weeks ago. That’s just how it goes.

These 1.5-mile tracks are about the haves and have-nots at this level, which is a shame, but the best teams are going to win with nothing to really level the playing field.

Brown is 31 points ahead of Jeremy Clements for the last spot in the postseason. Myatt Snider is 38 points back. There probably won’t be any surprises as we move forward. AJ Allmendinger does have a win and is running for points, but he isn’t a full-time driver and therefore will not be eligible.

As far as wins go, Briscoe has five, Cindric has three, all of which have come in a row over the last three races, Gragson and Burton have two, Haley has one and Jones has one. Allmendinger and Kyle Busch have the other two.

Justin Allgaier gets the short price here because his three top-five finishes are the most among active drivers. In fact, his three alone are nearly tied with the rest of the field combined. Daniel Hemric, Chase Briscoe, Brandon Jones, and Michael Annett have one apiece. Briscoe and Hemric do only have two starts here. Jones has four and Annett has eight.

Allgaier has nine and he’s been in the top 10 six times. Still, Allgaier at +500 on an oval track just isn’t a good enough price to play. He did lead the most laps, win two stages, and finish third last week after finishing fifth in the second Kentucky race, so maybe his team has figured something out, but he isn’t reliable enough to take at +500.

Cindric’s three straight wins on 1.5-mile tracks are pretty notable, but he did back into two of those three wins. Last week he won because Busch failed inspection. In the first Kentucky race, it was all about Noah Gragson, who led the most laps and won the first two stages, but finished 11th. In fairness, Cindric has put himself in contention a lot to be right there to take advantage of someone else’s misfortune and he has a great car with Team Penske. I just don’t believe he’s deserving of the favorite role over Briscoe.

In fact, short price or not, Briscoe has been the best and most consistent driver on these ovals. He was 18th at Talladega, but won Stage 2. He’s finished first, 18th, 1st, 1st, 4th, 2nd, 2nd in his last six races and probably would have won at Talladega had he not gotten caught up in some bad luck. He also won on the 1.5-mile track in Las Vegas before COVID. The +275 price is good enough for me.

BET ON CHASE BRISCOE TO WIN THE KANSAS LOTTERY 250

Noah Gragson has also run really well on 1.5-mile tracks. He was fourth at Vegas, second at Atlanta, third and fifth at Homestead with the most laps led in each, He also had three stage wins over the two races in Kentucky. He’s also on the card at +650.

Beyond that, Harrison Burton might get some looks, but +700 isn’t good enough for me. There isn’t a whole lot to like in the field otherwise. Michael Annett has a trio of fifth-place finishes over his last five races and he is a huge long shot at +11500, but fifth is the best he has done in a race this season.

Briscoe and Gragson. +275 and +650. That’s it for me in this one. If you want to find mid-range and long shot prices to back, the Xfinity Series is not really the place to do it.

The Kansas Lottery 250 goes off at 5 p.m. ET on Saturday July 25 on NBC Sports Network.

UFC on ESPN 14: Whittaker vs. Till Betting Odds, Picks, and Predictions