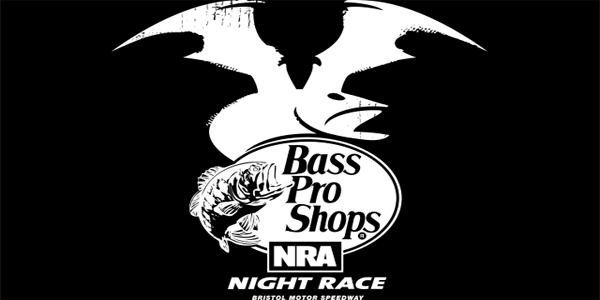 The Round of 16 comes to a close this weekend with the Bass Pro Shops NRA Night Race. Usually one of the hardest NASCAR tickets to get, this year’s race will have limited spectators, much like the NASCAR All-Star Race at Bristol Motor Speedway did. The stakes are quite a bit higher this time.

NASCAR’s version of The Colosseum hosts the third playoff race and the last chance for drivers below the cut line to keep their championship dreams alive. Those four drivers right now are Ryan Blaney, Matt DiBenedetto, Cole Custer, and William Byron.

We’ll break this race down for you with the odds from MyBookie Sportsbook and see if we can’t snap a drought of our own and pick a winner.

The odds are a little more spread out this week than they were last week. Last week we saw the top seven on the board with short prices and then we saw some big numbers. This week, there are 13 drivers at +2000 or lower. That speaks to the nature of Bristol Motor Speedway. Racing is very tight around the short track.

A win will automatically push the victor into the second round, so that would be the preferred outcome for Ryan Blaney, Matt DiBenedetto, Cole Custer, or William Byron. Byron sits just three points behind Clint Bowyer and seven points behind Kurt Busch and Aric Almirola.

Blaney and DiBenedetto basically have to win or they will be eliminated. Blaney lost 10 points and his starting spot for failing the pre-race inspection before the first playoff race at Darlington and that put him well behind the eight-ball. His 13 bonus points were rendered pretty useless from that. He was 40th at Bristol earlier this year, so he’ll have to do quite a bit better here.

Realistically, there really isn’t a whole lot of drama here in all likelihood. Byron was fifth at Darlington, but only has two other top-five finishes, including the win at Daytona in the regular season finale. The current top 12 should advance.

The perfect concrete oval at Bristol measures in at .533 miles. The track was resurfaced in 2007 and was found to have mislabeled banking in the turns. The banking is between 24-30 degrees, but most believe that the banking is around 26 degrees.

Also known as Thunder Valley, this is one of the loudest NASCAR tracks on the circuit. This track actually has a lot of nicknames, but it is thought to be one of the must-see racetracks for fans. This race generally draws quite a crowd. This is the first year as a playoff race. It was previously held in late August.

Matt Kenseth actually has the most top-five finishes here among active drivers with 15 in his 37 starts. He has four wins, but it has been a while since he won a race, let alone won here.

If we look at the last 10 races at Bristol, Kyle Busch has three wins. Six other drivers have one win among active drivers. Busch has five top-five finishes to lead the field in that regard, but his average finish is 15.1. He’s only finished on the lead lap six times in those 10 tries.

Logano is actually the highest point-getter in the last 10 races with 360. Jimmie Johnson is second with 346, which is why he has short odds by his standards at +2000. Harvick is third, followed closely by Hamlin.

Given the prices that are listed, my two favorite picks this week are Joey Logano and Clint Bowyer. Logano runs a hard, aggressive racing style that rubs some people the wrong way, but his aggression on this short track seems to really help. He’s +800 this week and has been third in the two playoff races.

Bowyer is my dice roll, albeit at just +1400. He was second in the first race and he has to be aggressive here. Aggression usually pays off at Bristol. Over the last 10 races, Bowyer ranks fourth in average finish if we remove Christopher Bell’s one start. He needs this one.

Coverage of the Bass Pro Shops NRA Night Race will be on NBC Sports Network on Saturday September 19 at 7:30 p.m. ET.

BET ON NASCAR WITH A WELCOME BONUS AT MYBOOKIE SPORTSBOOK