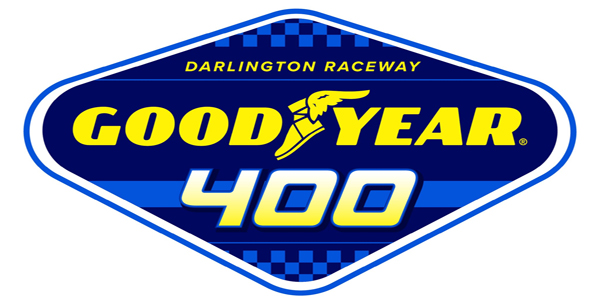 Isn’t it fitting that the Buschy McBusch Race was won by Kyle Busch? Trips to Victory Lane have been few and far between for Kyle over the last three years, but he got one at Kansas Speedway last weekend. The pressure is now off for him heading into this week’s Goodyear 400 at Darlington Raceway.

The “Lady in Black” is a twice-a-year stop for the Cup Series and this will be the first race, with the second one scheduled to open up the playoffs on September 5. We’ll break this one down with odds from our pals at BetOnline Sportsbook and see we can get back to the winner’s circle ourselves.

Kyle Larson is something of a surprise favorite at +450 here on the short track at Darlington. Larson has demonstrated the ability to be competitive at just about any track, but he’s gotten more of his wins on bigger tracks, including his win on the 1.5-mile loop in Vegas. He’s run very well at Michigan and Indianapolis in the past. Darlington is more of an intermediate track.

Nevertheless, he’s the favorite here, followed by snakebitten Denny Hamlin, who has led the most laps four times this season, but has not won a race. Hamlin is +550. Kevin Harvick is still garnering a lot of respect on the odds board and he is priced at +700, ahead of Martin Truex Jr. at +750, Brad Keselowski and Kyle Busch at +800, and Chase Elliott at +900.

The Track Too Tough To Tame

Alliteration aside, Darlington Raceway has been around for 71 years and has been a regular NASCAR stop ever since. The first Darlington race was won by Johnny Mantz in his Plymouth. The second was the first of three for Herb Thomas, with the first two coming in a Hudson. So, yeah, this track has a lot of history.

NASCAR ran twice a year here from 1956-2004 before the spring race as taken off of the schedule. It returned in 2020 and the drivers actually ran twice here to make up ground on the schedule in light of COVID-19.

The track is 1.366 miles long with an asphalt racing surface. The track is an oval, but with big, wide turns for 1 and 2 and narrower turns for 3 and 4. The egg-shaped layout is because of a minnow pond that was next to the property. Like I said, a lot of history.

So, who has run well here? Larson has actually had a lot of success here. He only has six starts, but has finished in the top five three times and the top 10 five times. The highest average finish here actually belongs to Erik Jones, who has a win, four top-five finishes, and has been in the top 10 all six times. Not something that we would expect to see.

As far as the usual suspects, Denny Hamlin has run here 17 times and his average finish is 7.5th place. Hamlin’s three wins are tied for the most among active drivers with Kevin Harvick, who actually scored two of those three wins last season. He won the first spring race and then the fall race as well. Because of those two performances, Harvick is now the active leader in laps led with 782, but he also has the second-most laps here with 8,710, trailing only Kurt Busch. Harvick’s 11 top-five finishes are the most among active drivers, but he does also have a lot more starts than most of them.

The only other active drivers with wins that haven’t been mentioned yet are Martin Truex Jr. and Kyle Busch. Only six active drivers have a win here.

Because the spring race went away for a long time, the recent results are pretty similar to the overall results. Harvick’s three wins have all come within the last 10 races and he has nine top-five finishes here. He’s been in the top 10 in every race and his 427 points are far and away the most. He’s averaged a finish of 3.5th place, hence the really short odds this week.

Hamlin has two wins, six top-five finishes, and seven in the top 10 with an average finish of 8.7th place. Jones and Larson have six starts a piece, so obviously their aforementioned numbers apply here.

It looks like this could be Kevin Harvick’s week. Because of his struggles, we’re getting +700 on him. Normally he’d be in the 5/1 range, so there is some equity on this price. Harvick has back-to-back top-five finishes and just saw what Kyle Busch did to win a race on a track where he has excelled in the past. I think it all sets up well for Harvick here.

Taking a chance on Erik Jones at +8000 when he’s been so good in his six starts here is not crazy, but the longer shot looks appealing.

As far as another pick at a more reasonable price, William Byron is on a run of nine straight top-10 finishes and profiles as a guy that should run well here. His lone top-five finish here came in the fall race last season. I’ll give him a look at +1600.