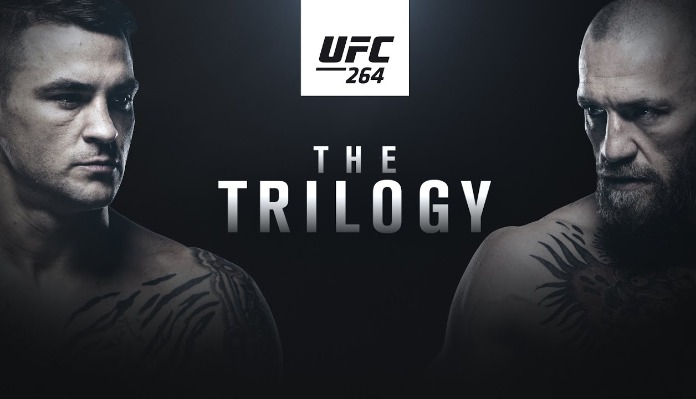 It is conceivable that the mixed martial arts career of Conor McGregor, particularly as a competitor of superstar proportions, could be all but over if he loses Saturday’s fight against Dustin Poirier.

This will be the third fight between the two, and BetOnline patrons can see this from Las Vegas as the main event of UFC 264, scheduled to get underway around 11:50 PM ET.

Former middleweight boxing champion Marvin Hagler once said something about how difficult it was for a fighter to maintain the same desire and mentality once he gets used to sleeping between satin sheets.

McGregor, as you probably know, realized a nine-figure payday to put the boxing gloves on and fight Floyd Mayweather. Since then, he has gone just 3-3 in the UFC. Sure, he still remains the most talked-about fighter in mixed martial arts, but it’s not necessarily for the right reasons.

McGregor is going to make some money, but he knows that with these extracurricular activities there is more profit to be had. Indeed, he was looking forward to hands-only encounter with Manny Pacquiao,and would have been able to set that up had he not been knocked out in the second round by Dustin Poirier in January.

That was a rematch between the two, and so this one is the rubber match, completing a “trilogy,” if you will, and in the UFC 264 odds that have been posted at BetOnline, Poirier is listed as the favorite:

Poirier and McGregor originally got together in 2014, and unfortunately for Poirier, he wasn’t mentally ready for what was happening. He was admittedly thrown off by McGregor’s game of trash talking, and when the bell rang, he didn’t last a round.

He had to rebuild his career after that, and though it didn’t happen right away, eventually he was able to put together a string of seven wins in eight fights. And he actually won the UFC’s “interim” lightweight title when he beat Max Holloway. That called for a “brawl for it all” against Khabib Nurmegomedov, the had the actual title belt.

He went into the third round with the world’s best pound-for-pound fighter but was beaten by submission. So the return match with McGregor was a chance for him to gain added credibility. And did he ever – Conor was not able to avoid his leg kicks,and that left him open up top. McGregor had never been stopped on strikes before, but this time he was, in the second round.

McGregor was counting on a win there to set up the Pacquiao fight. And he does admit that he was looking past Poirier. But nobody cares about that now. And it’s doubtful that a Pacquiao fight would still be on the table for him. At stake here, in the scenario Dana White envisions, is a shot at the lightweight title for the winner. Poirier had a chance to fight for it, but passed up that chance in favor of a third fight with McGregor, and the payday that comes with it.

There is little question that Poirier is the better guy on the ground, and in fact at BetOnline he is the runaway -600 favorite to score the first takedown. And seriously, that is the key to his strategy here; McGregor does not want to have to compete with him in anything but the “stand-up.”

McGregor is a big-time striker, but a lot of experts whose opinions deserve respect are thinking that he has lost his hunger; his edge. And you know that part of his attention is still focused on paydays elsewhere, something he adamantly denies.

But the value here lies with Poirier, who has grown by leaps and bounds since the first time these two met.

You still have time to enter the UFC 264 free predictor contest at BetOnline. There is $5,000 in prize money available, with $500 going to the winner. There will be twelve prop questions, and if you answer them correctly, you will win your share of the loot….. Keep in mind that Odds Boosters are available every day to give you greatly enhanced payouts on pre-selected parlays. And they leave the door open for all kinds of payment methods, including many cryptocurrencies. So there’s no excuse not to get in on the action!