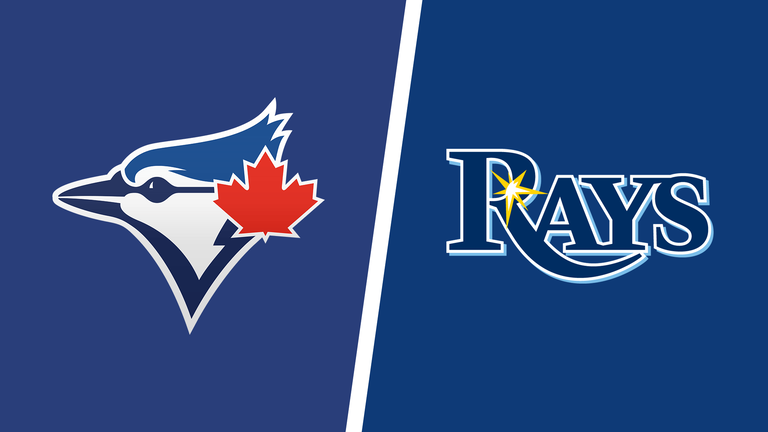 The Toronto Blue Jays have been on a torrid pace offensively for most of the season, but especially over the last four weeks. Maybe Tropicana Field and the Tampa Bay Rays pitching staff will be the right combination to slow them down. The Rays and the Jays will open up a weekend three-game set in advance of the All-Star Break on Friday night.

The ball will be in the hands of Shane McClanahan to start the game in the top of the first and the Jays will counter in the bottom half of the inning with Alek Manoah. We’ll see how far each starter can go in this one with the Rays -120 and a total of 8.5 at BetOnline Sportsbook for the July 9 matchup.

The Toronto Blue Jays are in elite company this season. Entering play on Thursday, the Blue Jays had a .338 wOBA, 10 points higher than the Giants, Angels, and White Sox, but five points lower than the Houston Astros. The Astros are on another level offensively, due in large part to the league’s lowest K%. The Blue Jays also have a low K% and actually went into action on July 8 with 10 points more in the SLG department.

This Toronto offense was set to be special when everybody graduated to the Major Leagues and that has been the case. Vladimir Guerrero Jr. is having an MVP caliber season and he’s been helped on the offensive side by just about everybody that plays regularly. Even George Springer has gotten into the act since returning.

The Blue Jays have done a ton of damage at home, whether that means Sahlen Field in Buffalo or TD Ballpark in Dunedin. On the road, the Blue Jays still rank third with a .323 wOBA, but that is 15 points lower than their year-to-date wOBA and 31 points lower than their home wOBA. They’ve still been a great offense on the road by the standards of the other teams, but not nearly as dominant as at home.

The Jays will be making their second visit of the season to Tropicana Field. In the last three-game series, they batted .208 with a .599 OPS and only managed nine runs.

With Thursday’s rainout, Alek Manoah moves back a day and will now start the series opener against the Rays. Manoah has some regression signs in the profile with a 2.70 ERA, but a 4.46 FIP. He has a .214 BABIP against and an 89% LOB%, which explains the difference between the two stats. He has struck out 43 and walked 12 in 36.2 innings and allowed seven homers.

The Rays took a four-game winning streak into Friday’s off day following a sweep of the Cleveland Indians and a seven-inning no-hitter in Game 2 on Wednesday. The Rays play two very different styles of baseball whether they are at home or on the road.

The Rays are 19th in wOBA at home at .312, but they have a 105 wRC+ with the park adjustment factored into the equation. They are much better on the road, but they work more counts at home, which does lead to more strikeouts, but also more walks. They attempt to use that to set up innings and create opportunities to score runs. You have to give them a lot of credit for that.

Shane McClanahan will make his 13th start of the season here. The southpaw has a 4.18 ERA with a 3.87 FIP in his 56 innings of work. He’s struck out 66 and walked 18. He’s given up nine home runs, but that has been the only real problem area for him. Since the start of June, which was right around the time of the foreign substance crackdown, McClanahan has allowed 17 runs on 27 hits in 28.2 innings of work. His ERA is up over five and he’s allowed six home runs in six starts. Four of those starts did come on the road, including his most recent one against Toronto.

The Rays definitely play a different style of baseball at home and one that could be a challenge for the Blue Jays, who have been scoring tons of runs lately to put some beatdowns on the opposition. If Manoah can continue pitching well, the Jays may not need a whole lot of run support to come away with this victory. McClanahan has had some command issues pop up of late and I think the Jays are plenty live at their plus-money price.