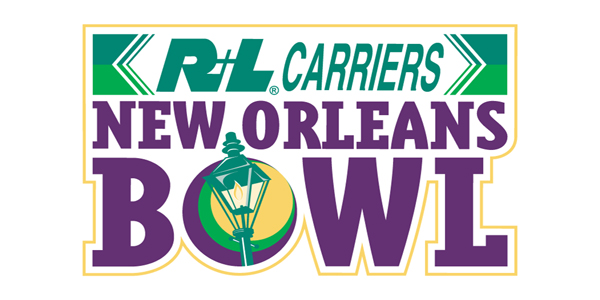 Life as a premier Group of Five program is really something. The talent pipeline and the attractiveness of the job for up-and-coming coordinators keep these teams at the top of their respective conferences. On the other hand, it also means replacing head coaches on the regular.

Eli Drinkwitz made it one season at Appalachian State before the NC State offensive coordinator turned head coach was hired by Missouri. That means interim head coach Shawn Clark has to gather together with his staff to prep the Mountaineers for the R+L Carriers New Orleans Bowl against UAB. Clark, the offensive line coach that was hired by Scott Satterfield, who is now at Louisville, will face another Clark in Bill Clark, who has done great things with the UAB program.

Appalachian State, despite the loss of Drinkwitz, is a big favorite of anywhere from 16 to 17 points in this one. We did see a bit of a ripple effect to Drinkwitz’s departure in the line, as this game was as high as 17.5 before Missouri poached App State’s sideline sultan. Drinkwitz is also taking App State’s special teams coordinator Erik Link with him so that could be, ahem, a weak link for the Mountaineers in the bowl game. The total on the game is 48.

None of these types of distractions impact UAB for this one. They just aren’t viewed as a very good team for a conference championship game competitor. Bill Clark has done a magnificent job navigating the program through tumultuous times. Remember, UAB didn’t even have football in 2015 and 2016. Clark took over for Garrick McGee for the 2014 season and then the Blazers stopped football operations. Clark stayed and rebuilt the program after some funding came through and UAB is 28-12 on his watch.

The reasons to dislike UAB in this game are obvious. The offense was terrible and the Blazers played one of the worst schedules in the country. Jeff Sagarin’s strength of schedule rankings, which include FCS schools, have UAB with the 136th-ranked schedule. For those that don’t know, there are 130 FBS teams.

Playing the #136 schedule has its advantages. UAB finished the regular season eighth in yards per play allowed with 4.59. In fairness, UAB did hold Tennessee to 4.58 YPP in their only game against a Power Five team, but the Volunteers were still an offensive mess at that point in the season. Appalachian State is pretty damn close to a Power Five team, all things considered. The Mountaineers do play in a weak Sun Belt, but they beat North Carolina and South Carolina and wound up 32nd in YPP against the 108th-ranked schedule. It really wasn’t App State’s fault that UNC barely made a bowl and South Carolina did not against one of the toughest schedules in the country.

UAB did not take full advantage of that weak schedule on offense, as the Blazers wound up tied for 87th with 5.53 yards per play. The status of QB Tyler Johnston III is important here. He was banged up most of the season and struggled with 14 INT to go along with 15 TD passes. Johnson threw one pass against North Texas, went 4-of-11 in the C-USA Championship Game, and didn’t look the part against Tennessee or Old Dominion. He missed a good chunk of November.

UAB’s offense isn’t good anyway, but Johnston is a better option than Dylan Hopkins. Star running back Spencer Brown, who rushed for 1,329 yards in 2017 and 1,227 yards in 2018, also spent a lot of time in the trainer’s room this season. If those guys are healthier for the bowl game, UAB will have more of a chance to be competitive.

Personally, one of my favorite things about Appalachian State is that the team is always solid without stunning numbers. Quarterback Zac Thomas has a 63.3% completion rate with a 26/6 TD/INT ratio. Darrynton Evans has a gaudy rushing total with 1,323 yards, but it’s not like he has ripped off 7.5 yards per carry. He and Marcus Williams Jr. both have 5.6 yards per carry. The top three wide receivers, Thomas Hennigan, Corey Xavier Sutton, and Malik Williams, all have comparable and quality numbers. This is just a team with very few flaws year in and year out no matter the coach.

UAB pressures the QB well, as they had 43 sacks over their 13 games. Again, the strength of schedule puts a dent into all of their numbers, but this might just be a quality defense. Appalachian State only allowed 17 sacks. If UAB can’t pressure the QB, does that defense get exposed?

Appalachian State also heads into this one 12th in the country in turnover margin at +12 with 21 takeaways and only nine giveaways. Say what you will about UAB’s defense because of the teams that they played, but remember that this UAB offense turned it over 25 times and this team is -5 in TO margin. Only Central Michigan, New Mexico, Akron, New Mexico State, Duke, and Hawaii turned it over more. All things considered, give UAB’s defense credit for that.

This is a bit of a tricky handicap. For starters, App State is back in this bowl for a second year. The Mountaineers waxed Middle Tennessee 45-13 for interim head coach Mark Ivey. How motivated will App State be back in this bowl game for the second year in a row against an inferior Conference USA team? On the other hand, App State has scored at least 31 points in each of its four bowl games, so they generally come in prepared.

Ultimately, I don’t see how UAB keeps pace. Maybe the UAB defense can do that, but App State is the best team UAB will play this season. App State takes care of the football and can capitalize on those UAB turnovers. This is one of the highest bowl game lines in history, but it is deserved. I’ll split the difference of 16 and 17 for the official pick, but shop around for the best line you can.