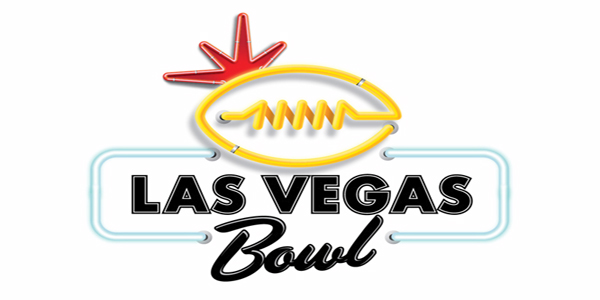 Let’s go ahead and get this out of the way early. The bowl officials did Chris Petersen dirty. The Washington Huskies head coach will face the Boise State Broncos in his final game on the sidelines in the Las Vegas Bowl. The storylines write themselves and the intrigue will draw a lot of ratings, but Petersen’s career, at least for the time being, will end with a win or a loss against the team that he took to new levels in the mid-to-late 2000s.

Petersen was fortunate to inherit a talent-rich program from Dan Hawkins and Dirk Koetter, but Boise State had that epic Fiesta Bowl win over Oklahoma in his first bowl appearance with the Broncos. Continued success followed with wins over major programs like TCU, Utah, Arizona State, and, ironically, Washington in bowl games.

This was already going to be a difficult and emotional game for Petersen irrespective of the opponent. It just so happens to be the he got his head coaching start with after five seasons as an offensive coordinator.

The Boise State players are far enough removed from the situation for it not to bother them a whole lot. Obviously they know the history of what Petersen did for Boise State football, but none of those guys are his recruits, though some of them may very well have gone to Boise State because of what Petersen accomplished to put the program on a pedestal that few Group of Five teams can live up to.

Washington is -3.5 with a total of 49.5 in the Las Vegas Bowl. The line opened -3 and has been bet up as a result of some early Washington support. Defensive coordinator Jimmy Lake has already assumed most of the head coaching duties and will officially get the job when the final horn sounds in the December 21 bowl game.

From a handicapping standpoint, Washington was going to be a play-on team in the bowl game without question….until the answer to “Who is Washington playing?” became Boise State. The Huskies players are sure to want to send their coach off with a win, but the task at hand certainly got tougher drawing a highly motivated Boise State team. The recruiting grounds in Washington are sought after by both programs, among other reasons to be amped for this one.

While an unfair pairing, Washington has only itself to blame in a lot of respects. This should not have been a 7-5 football team in the regular season. Washington lost five conference games for the first time since 2015 when Petersen was still trying to build up the program. The Huskies don’t belong in the Las Vegas Bowl. Not after playing in the Rose, Fiesta, and Peach the last three years. This is a team that won 32 games from 2016-18, including two conference championships. It ends with something of a whimper with this bowl placement.

Jacob Eason has been good, but not great, since transferring from Georgia. He completed about 64% of his tosses with a 22/8 TD/INT ratio. Eason isn’t the problem. Neither is leading rusher Salvon Ahmed, who has exactly 1,000 yards. Hunter Bryant and Aaron Fuller have had fine seasons.

It has been Lake’s defense. Enormous losses, particularly in the secondary, over the last two seasons took Washington’s defense down to levels we haven’t seen in quite some time. Normally, 30th in yards per play allowed wouldn’t sound bad. Allowing 5.15 YPP wouldn’t sound bad. But this is Washington. The Huskies were 11th last season at 4.67, tied for third at 4.42 in 2017, fourth at 4.61 in 2016, and 23rd in 2015 at 4.90. The Huskies have allowed over five yards per play for the first time since 2014. Coming in 61st in YPP didn’t help matters either.

The Broncos managed 6.15 yards per play, which was good for 42nd, but, as we know, the Mountain West is not known for defense. Boise State played the 86th-ranked schedule. Washington played the 42nd-ranked schedule. Boise State’s defense bounced back from allowing 5.6 yards per play last season to allow 5.23 this season, but it was also kind of a down year for offense in the Mountain West. In Boise State’s only Power Five test of the season, the Broncos allowed 6.87 YPP to Florida State. That was a late August game in the sauna that is Tallahassee in the summertime.

This is a hard handicap. There are so many layers to this game. Washington has the Power Five pedigree and has played a better schedule. Boise State recruits so well that the talent gap isn’t overwhelming and Bryan Harsin has been a good bowl coach. Boise State also missed out on last year’s bowl game appearance because the First Responder Bowl was cancelled due to unsafe conditions.

Washington was +0.75 YPP against a tougher schedule than Boise, who was +0.92 in the YPP diff department. Factor in Petersen’s last game and it’s hard to see Washington losing this one. Now that the line has gone to 3.5, it is tough, especially if you have a take on the total. The total is fairly low at 49.5 for a college game. If you think it will be a low-scoring environment, that hook could matter. If you think it will be a higher-scoring game, you have to decide which team that helps more.

Ultimately, Washington -3.5 is the lean here and the lean on the total is the over, as Lake will be a bit distracted with the recruiting process and Boise State’s defense has been facing patsies most of the year.