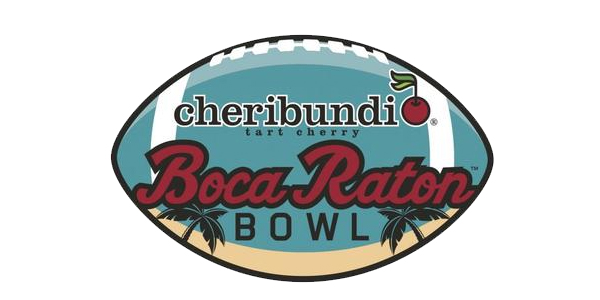 The SMU Mustangs find themselves in hostile territory for the Boca Raton Bowl against the Florida Atlantic Owls, but it doesn’t really seem that way. There is a major difference between having a home game and having a bowl game at home. It can be a de-motivating factor in a way for the home team. Part of the fun of bowl season is going somewhere new and experiencing all the things that sponsors and local attractions plan for the players.

The Owls miss out on that by staying home. Their bowl game could very well have been the Conference USA Championship Game, which they won in decisive and dominant fashion over UAB. Now FAU sets its sights on SMU in an acronym bowl game on December 21. SMU is up to a 3.5-point “road” favorite with a total of 72.

As we know, the bowl season is a unique animal. Motivation matters on both an individual and team level. When it comes to SMU, the Mustangs have a lot of NFL-level talent. That’s not to say that FAU does not, but SMU has wide receivers like James Proche and Reggie Roberson, running back Xavier Jones, and maybe even quarterback Shane Buechele with some NFL aspirations. Some guys opt to sit out the bowl game and avoid injury for the NFL Draft. Others use the bowl game and the Senior Bowl in hopes of jumping up the draft boards of the NFL teams.

In the case of Buechele, originally a commit to Texas, he’ll have his entire senior season to attempt to put on a show, as he will likely stay put and see if he can’t pad his stat sheet a little more. Jones is a senior with over 1,200 yards. With the shelf life of running backs, Jones could sit out here and it wouldn’t surprise anyone. After all, the senior back is 16th in the country in rushing attempts, so he’s taken a lot of hits while proving his potential worth at the next level.

Proche, who racked up another 1,000-yard season and hawked some targets and touchdowns from an injured compadre in Roberson, is also a senior. He’s caught 195 balls the last two seasons and has established himself as one of the top possession receivers in the Group of Five. Roberson struggled with injuries and has a year of eligibility left, so his decision will more than likely be to remain at SMU and be Buechele’s top target with what should be an explosive offense again.

As we consider these things, in particular with this write-up 10 days before the game, it has to factor into the handicap. I wouldn’t say that SMU is disappointed to be in this bowl game, but the Mustangs had higher hopes going into the road game at Memphis that ended their perfect season.

Meiko Dotson has to be excited about this bowl game. Whether the FAU corner lines up on Proche or Roberson, the senior from Daytona Beach has a chance to open some scouts’ eyes in this one. His nine interceptions lead the nation and FAU leads the nation at +20 in turnover margin with 31 takeaways. Aside from Dotson, and tight end Harrison Bryant, who also has an NFL future, it is fair to wonder about the Owls and their motivation level here.

Head coach Lane Kiffin took the gig in Oxford with Ole Miss, so defensive coordinator Glenn Spencer will take over. Spencer is not getting the job, so FAU will have an interim for the bowl game. Interim head coaches are about a 50/50 proposition over the last 15+ years, so we don’t really have any sort of angle in that regard. FAU has already hired Willie Taggart, so a new staff is coming. Will the Owls play for the interim and a departing coaching staff?

FAU’s offense wasn’t overly explosive. SMU’s underachieved to a degree with 6.24 yards per play based on the talent, but FAU really underachieved with 5.94 YPP. Chris Robison was banged up a little bit throughout the year, but had a 26/6 TD/INT ratio and completed over 60% of his tosses. Malcolm Davidson ran for seven yards per carry. FAU did manage 6.44 YPP in conference action, but it’s worth pointing out that FAU also played the 114th-ranked schedule per Sagarin. SMU played the 76th-ranked schedule and FAU even played Ohio State early in the year, otherwise the SoS would be even lower.

For me, it’s SMU here. The Mustangs haven’t won 11 games since 1982 and haven’t won a bowl game since 2012. The Mustangs lost to Louisiana Tech 51-10 in the Frisco Bowl two years ago. They are supremely motivated. I’m not sure we can say the same about FAU.

Giving FAU a full HFA, which may not be accurate given that a lot of students will be on Winter Break, I still have SMU -4 in this one and a case could be made for -5 or even -6, given that it would be -7 on a neutral field in my numbers. It’s pretty clearly SMU for me in this one.