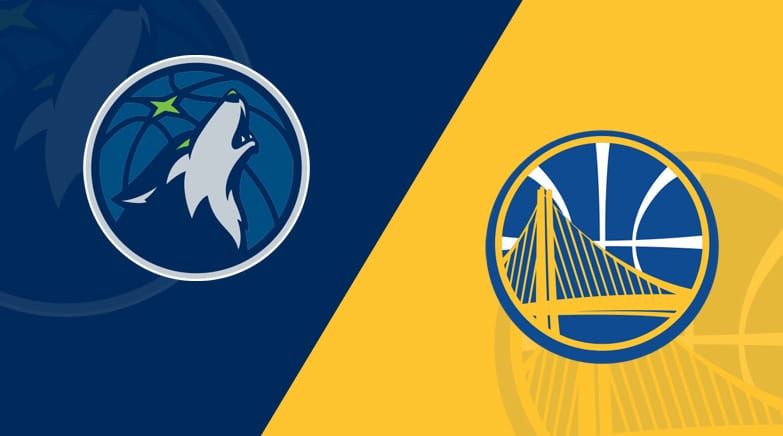 The NBA betting action goes on Thursday, January 27 2022 with two games around the league, including this Western Conference showdown at Chase Center in San Francisco, so we bring you the best Timberwolves vs. Warriors betting pick along with the latest odds update on Bookmaker Sportsbook.

Anthony Edwards led the Timberwolves victory over the Trail Blazers, scoring 40 points, including 14 in the final quarter. Edwards is second on the team in scoring at 22.7 points per game, and is averaging 5.2 rebounds and 3.5 assists per contest. This is a very formidable trio with Karl-Anthony Towns (24.1 ppg) and D’Angelo Russell (19.1 ppg) forming one of the best big three in the NBA.

Minnesota is ninth in the NBA in points per game at 111.0, and it has been the prolific shot numbers for this team that have led the way. The Timberwolves are fourth in shots per contest (91.4) and first in three-point attempts per contest (41.7). They have also been solid on the offensive glass, averaging 12.3 offensive rebounds per game.

The Golden State Warriors (35-13) earned their third straight victory with a 130-92 victory over Dallas on Tuesday. Golden State has been nearly unbeatable at home, going 22-4 at Chase Center. The Warriors are 4-5-1 ATS in their last 10.

This contest was never in doubt, as Golden State took a nine-point lead in the first quarter and simply rolled over the Mavericks. It was another prolific night shooting for Golden State that led the way, as they hit 53.3% of their shots. Jonathan Kuminga came off the bench to score 22 to lead the team. Kuminga had been averaging just 6.8 points per game, but had his best night of the season, hitting eight of nine shots including all four three-point attempts.

Golden State is first in the NBA in least points allowed per contest at 101.6. They are second in defensive rebounds (36.6) and third in total rebounds (46.5). No one has eye-popping rebound numbers, but six different players are averaging at least 4.1 rebounds per contest. Steph Curry is having an MVP season at 25.8 points, 5.4 rebounds, and 6.2 assists per game.

The home team has been the victor in each of the first two meetings between these teams. That is bad news for Minnesota, who have not been a very good road team this season. The Timberwolves did defeat Portland on Tuesday and have won four of their last seven games on the road. However, Golden State has been brutal in their own gym.

Minnesota has been winning games because they are able to battle for those second and third shots. Golden State is very good in their own end, taking away any advantage the Timberwolves have had. Look for Golden State to win in a rout.

The last time these teams played at Golden State they combined for 233 points. That is the number you should expect in this contest as well, maybe even more than that. With Minnesota finally healthy, they have the ability to score 115+ points on any given night, even against a very good defensive Golden State team.

The Warriors are going to have their opportunity to take shots. Minnesota is not very good defensively, 20th in points allowed per game (109.9). Look for the total around 240.