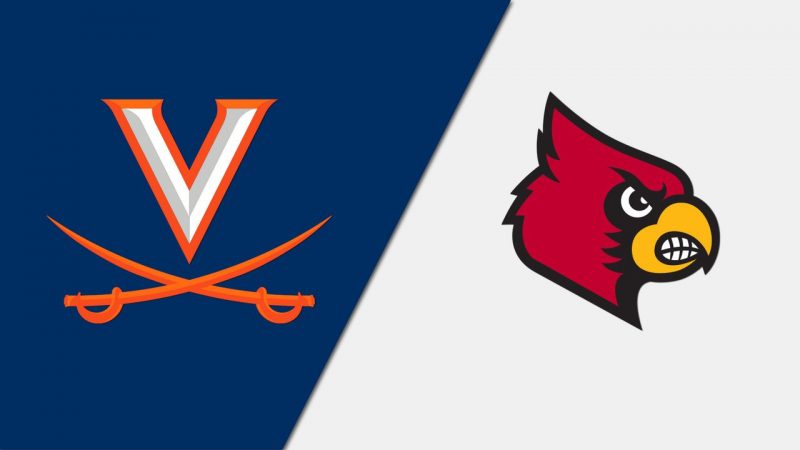 The 2021-22 college basketball season continues Monday, January 22, with the Atlantic Coast Conference showdown from John Paul Jones Arena in Charlottesville, Virginia, so we have prepared the best Louisville vs. Virginia betting pick and odds.

The Cardinals face off against the Cavaliers for the first time this season. Louisville opened as a small 3.5-point road underdog on Bookmaker Sportsbook, while the totals are listed at 122.5 points.

Louisville won only one of its last five games

The Louisville Cardinals fell to 11-8 straight up and 6-11-2 ATS on the season following an 82-70 defeat to the Notre Dame Fighting Irish this past Saturday. Playing as 3-point home favorites, the Cardinals couldn’t cope with Notre Dame’s red-hot shooting and recorded their fourth loss in the last five outings.

The Fighting Irish shot ridiculous 63.3% from the field and 65.2% from beyond the 3-point line. The Cardinals, on the other side, made 47.5% of their field goals and 47.6% of their 3-pointers, but it was an abysmal defensive performance.

Louisville ranks 60th in the country in defensive efficiency (96.9 points allowed per 100 possessions) and 178th in offensive efficiency (103.2). The Cardinals are No. 113 in the NCAA NET Rankings and No. 108 in the KenPom rankings.

The Virginia Cavaliers (11-8; 8-11 ATS) have been pretty much a hit-or-miss lately. They’ve gone 6-6 SU and 5-7 ATS over their previous 12 contests, tallying two straight victories only once in the process.

Virginia is coming off a heavy 77-63 defeat at the NC State Wolfpack this past Saturday. They were listed as small 1.5-point road dogs, but the Hoos played some lousy defense, allowing the Wolfpack to shoot 60.0% from the field and 54.5% from downtown.

The Cavaliers fell to 5-4 in the conference play, so they are tied with Louisville for the seventh spot in the ACC standings. Virginia is No. 100 in the latest NCAA NET Rankings and No. 93 in the KenPom rankings. The Hoos score 107.3 points per 100 possessions (95th in the country) and yield 99.3 in a return (94th).

The Cavaliers have owned the Cardinals over the last few years, going 11-1 straight up and 8-2-2 ATS in their previous 12 encounters. I’m expecting them to grab another win here even though the Cavs’ recent form has been a jelly on the plate.

On the other side, the Cardinals have struggled mightily as of late. Their defense is in shambles, while the Cardinals’ slumping offense will have a mountain to climb in this matchup. Virginia plays aggressive defense, and the Cavaliers will win and cover should they manage to control the glass. Louisville is not a good shooting team and ranks 269th in the nation in field goal percentage (42.5%) and 262nd in 3-point percentage (32.0%).

The over is 7-2 in the last nine meetings between Louisville and Virginia, but the under has hit in four of the Cavaliers’ last six outings as favorites and six of the Cavaliers’ previous nine contests played in January.