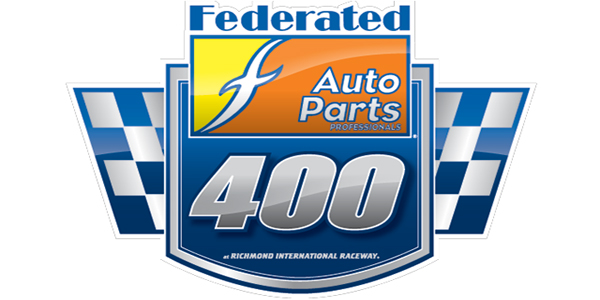 The rich got richer at Darlington last weekend when Kevin Harvick extended his lead and officially moved into the Round of 12 with a win in the Cook Out Southern 500. Harvick was a lock to advance anyway, but his win means that the sense of urgency gets ramped up several notches this week at Richmond Raceway in the Federated Auto Parts 400 for the guys on the chopping block.

We’ll see short-track racing here on the .75-mile track on Saturday September 12. The drivers generally have a spring run to fall back on before the playoff race, but with COVID-19, the first race at Richmond was moved to another location following the restart, so this will be the first trip around the D-shaped oval for 2020.

We’ll break it all down with odds from MyBookie Sportsbook and see if we can’t find some good betting opportunities for Saturday:

We’re getting to NASCAR a little bit later in the week this time around and we have seen some movement on the board. Denny Hamlin began the favorite, but Martin Truex Jr. and Kevin Harvick now have shorter prices. We’ve also seen a little love for Aric Almirola on the short track. Usually we’ve got NASCAR done by Tuesday or Wednesday, but it’s been a busy week with football. If nothing else, it gives us a chance to see how the markets have responded.

As stated above, this is the first stop at Richmond this season. This will be the first time since 1959 that the drivers have not run two races at this track in a season. The .75-mile D-shaped oval has 14 degree turns throughout, with an eight-degree bank to the frontstretch and a very flat two-degree bank to the backstretch.

Known as the “Action Track”, this is generally a very popular race to attend with, well, a lot of action. Despite being a short track with a lot of tight racing, there haven’t been a ton of cautions the last two years across the four races. The 2018 spring race had the most with six.

The 400 in the name is the number of laps, so the drivers will run 300 miles unless overtime is needed or Mother Nature gets in the way and shortens the race.

There were a few big winners and one really big loser last week at Darlington. Kevin Harvick won, but he was moving on anyway. Martin Truex Jr. racked up 20 stage points and led the most laps to grab some bonus points. Austin Dillon was second and now sits eighth, comfortably above the cut line. William Byron was fifth off of his Daytona win, so he sits ninth and also seems pretty safe to advance.

The biggest loser was unquestionably Ryan Blaney. Blaney was penalized 10 very important points for failing a pre-race inspection and then he wound up finishing 24th. With two races left, he is tied with Matt DiBenedetto for last among the playoff drivers with 2,016 points. The current cut line is 2,033, which is tied between Aric Almirola and Clint Bowyer. With more bonus points, Almirola has the tiebreaker.

Blaney came into the playoffs with 13 bonus points and was sitting pretty, but the penalty leaves him in need of two really strong results or a win at either Richmond or Bristol to advance.

You may have noticed that Kyle Busch’s price is pretty low this week. That’s because Busch has six career wins here in 29 races. He’s finished in the top 10 on 22 occasions at Richmond. This is probably his best overall track. Busch has eight career wins at Bristol, but 13 top-five finishes in 30 races. At Richmond, he has 18 career top-fives in 29 races. His average finish here is 6.8, easily the best in the field.

And, yet, Martin Truex Jr. has the most points in the last two, three, four, five, six, seven, eight, and nine races here at Richmond. Truex has two wins and just five top-five finishes in his 28 Richmond starts, but most of his good performances have come recently. Busch swept the 2018 races, but those were his first wins at Richmond since 2012. He does have runner-up finishes in 2019 and 2016, but Truex, who swept the two races last season, led the most laps in both 2018 races as well.

This is a very good track for Toyota. Denny Hamlin also has 13 top-five finishes in 27 runs at Richmond. It will be tough to beat the Toyota trio this week. Hamlin is second in the field in average finish.

Don’t sleep on Mr. Harvick, though. He has 15 top-five finishes in his 38 starts, including three wins. His 9.8 average finish is third. Over the last 10 races, Harvick is second in points at Richmond, just seven behind Busch. He’s 16 behind Truex over the last nine Richmond races.

Sad to say, this looks like another chalk race. Brad Keselowski at 8/1 has racked up 90 points in the last three Richmond races and is fourth in points over the last five behind Truex, Busch, and Harvick, but he’s 12 behind Harvick, 19 behind Busch, and 33 behind Truex.

Chalk. Chalk. Chalk. For me, it’s Truex and Hamlin. Truex is +325 and Hamlin is +400. Harvick could very well win again, but I’ll give Toyota the nod for their level of consistency among the top drivers here. Ford has had pretty good consistency as well. Chevy looks to be a fade this week, but you’ll be paying primo prices to do that.

Coverage of the Federated Auto Parts 400 will be on at 7:30 p.m. ET on NBC Sports Network.

GET A WELCOME BONUS AND BET ON NASCAR AT MYBOOKIE!