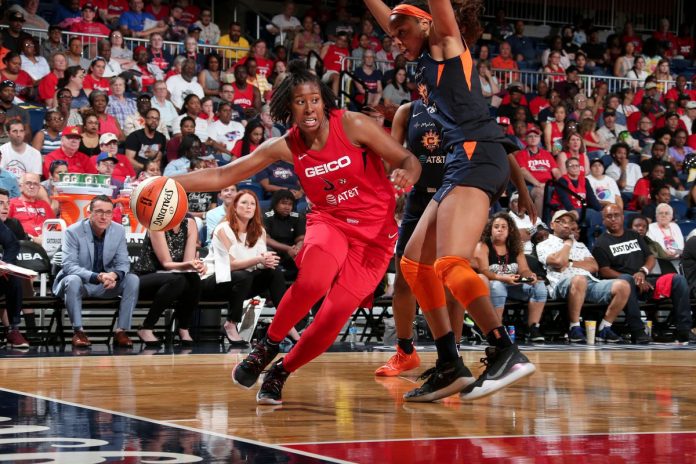 The Washington Mystics outlasted the Connecticut Sun 95-86 in Game 1 of the 2019 WNBA Finals this past Sunday, barely covering an 8.5-point spread. The Mystics fully deserved their win, having a comfortable lead for the almost entire game. Now, the Mystics will look to extend their lead in this series, hosting the Sun in Game 2 on Tuesday night.

This is a huge game for both teams. The Mystics will be one step away from the championship if they win Game 2, while the Sun will be in dire straits with an eventual loss.

While Connecticut finished the job in the semifinals in three games, Washington had to play Game 4 at Las Vegas. However, the fatigue is not a factor, and the Mystics look keen to defend the home court. Washington is on a 13-game winning streak in front of the home audience.

As we expected, Elena Delle Donne led the Mystics in Game 1, tallying 22 points, 10 rebounds, and five assists while making eight of her 13 field-goal attempts. Kristi Toliver added 18 points and five dimes, but an X-factor was Ariel Atkins who dropped 21 points on Connecticut, missing just one shot in 24 minutes on the floor.

Atkins is averaging 10.3 points per game on 41.6% shooting from the field this season. In four semifinal games against the Aces, she scored 18 points in the total. Still, she was unstoppable in Game 1 of the WNBA Finals and will try to continue with a strong performance.

The Mystics were on fire on Sunday, making 54.0% of their field goals including ten triples out of 21 attempts from deep. Likewise, the Mystics shot 63.6% from the field in the first half. On the other side, the Sun shot well, too, hitting 48.5% of their field goals and 39.1% of their 3-pointers. However, it wasn’t enough for the red-hot Mystics. If they want to win Game 2, the Sun will have to find the way to slow down the Mystics’ offense. When you play the most efficient team in the league who’s averaging 89.3 points per game, you cannot rely on your offense to beat them.

Courtney Williams scored 26 points in Game 1, while Alyssa Thomas added 20 on 7-of-10 shooting from the field. Alyssa also had six boards, six assists, and five steals. Jonquel Thomas, on the other hand, had a bad day in the office. She scored just seven points on 3-of-14 shooting, while she’s leading the Sun this season with 14.6 points per game.

Although the Sun defeated the Mystics twice at home this season, they lost 102-59 at Entertainment and Sports Arena in Washington back in June. The Mystics are terrific on the home court, and I think they will record the 14th straight victory in front of the home fans. Still, I would take the Mystics at the alternative 6-points spread at slightly lower odds.

When it comes to the totals, the under is 4-1 in the previous five encounters between Connecticut and Washington. However, I don’t think the Sun will manage to slow down the Mystics, so I expect to see another high-scoring affair. The line is a tricky one at 169.5 points, and I would stick with the spread and take the Mystics to cover instead of betting on the totals.