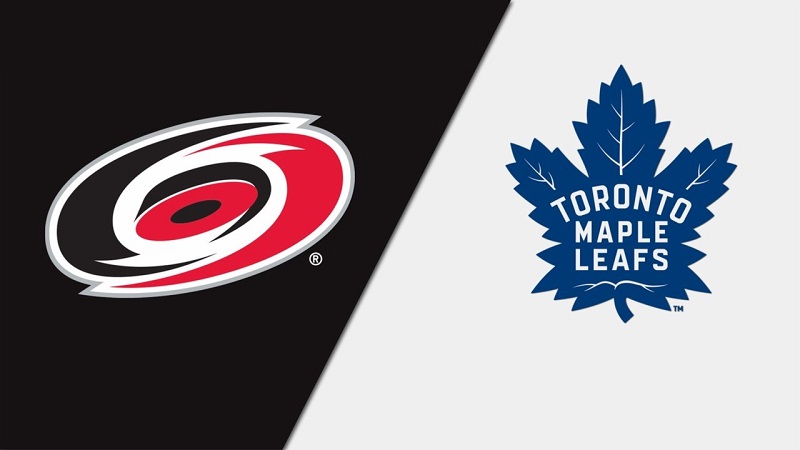 The 2022 NHL All-Star Weekend is behind us, and the betting action goes on with a couple of games on Monday, February 7, including the marquee Eastern Conference showdown at Scotiabank Arena in Toronto, so we have prepared the best Hurricanes vs. Maple Leafs betting pick and odds.

Carolina and Toronto continue their three-game regular-season series with Game 2. Back in October, the Hurricanes beat the Maple Leafs 4-1 as small -120 home favorites. Toronto is a -121 home fave this time around, while the totals sit at 6.0 goals on BetOnline Sportsbook.

The Carolina Hurricanes (31-9-2) entered the All-Star break as the best team in the Metropolitan Division. They’ve won seven of their previous eight games overall and are riding a four-game winning streak following a 2-1 home victory over the San Jose Sharks.

The Hurricanes tally 3.48 goals per game (5th in the NHL) on a 10.6 shooting percentage (6th). They are tied with Colorado and Anaheim for the eighth-best power-play percentage in the league (25.0%). Sebastian Aho leads the way for Carolina with 19 goals and 26 assists, while Andrei Svechnikov has recorded 16 goals and 22 dishes so far this term.

Frederik Andersen is expected to guard the cage Monday against Toronto. He’s 24-6-0 with an excellent 2.01 GAA and a .929 save percentage on the season. The Canes boast the lowest-scoring defense in the NHL, yielding only 2.33 goals per contest.

The Maple Leafs look for their sixth victory in a row

The Toronto Maple Leafs entered the All-Star weekend on a high note, rolling on a five-game winning streak. During that stretch, the Maple Leafs have scored a whopping 27 goals, so Sheldon Keefe’s boys are currently third in the Atlantic Division with a 29-10-3 record.

Toronto owns the fourth-highest scoring offense in the league, tallying 3.60 goals per contest. The Maple Leafs rank ninth in the NHL in shooting percentage (10.5) and first in the power-play percentage (30.5%), while Auston Matthews leads the way with 29 goals and 22 assists in 39 appearances.

There’s no easy money in this matchup. Both Carolina and Toronto have played exceptionally well so far this season and are legitimate championship contenders, so their Monday’s encounter could easily go either way.

I lean the Maple Leafs because they are a rare team with enough offensive firepower to deal with this stout Carolina defense. Toronto has won 14 of its previous 17 games on the home ice, and the Maple Leafs have scored at least four goals in each of their last five showings at Scotiabank Arena.

Hereof, I don’t expect to see a proper high-scoring affair, though you never know with the amount of offensive talent on both sides. Three of the last five encounters between Toronto and Carolina have ended with an identical 4-1 result, while the other two have produced ridiculous nine and 14 goals in total.