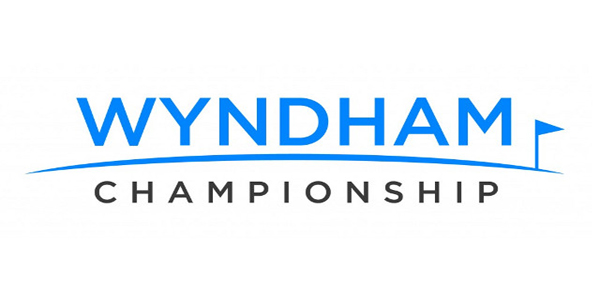 The PGA Championship was as advertised. The leaderboard was strong for most of the weekend and TPC Harding Park did municipal golf courses proud with a challenging setup and a beautiful golf course.

As is often the case after a big tournament, the field is quite a bit subdued for the Wyndham Championship at Sedgefield Country Club in Greensboro, NC. The purse is quite a bit smaller at $6.4 million with just over $1.15 million to the winner. This is the last event before the FedEx Cup Playoffs, which is why a lot of guys will be sitting this one out.

With the playoffs on the horizon, we’ll have some betting angles with the guys near the cut line. The top 125 in the points standings are eligible to play next week’s Northern Trust at TPC Boston.

Odds from MyBookie Sportsbook will be down below the preview content. We’ll put prices in the article on the guys mentioned.

Sedgefield Country Club is a par 70 coming in at 7,127 yards. This is a Donald Ross design with Bermuda greens. The warm, sultry temperatures of the American south in August can keep these greens pretty quick and many of them are tiered in nature. It should come as no surprise that SG: Putting was a huge metric last season and that JT Poston, one of the PGA Tour’s better putters, was the winner. Webb Simpson, another quality putter and North Carolina resident, finished second.

The rough isn’t all that penal here, but there are some long par 4s. With the par 70, there are only two par 5s and they are very gettable. Both holes played well below par last year. There are two 500-yard par 4s, including the par 4 18th that played over par last year at nearly 510 yards.

This is a par 70, but low scores are very much doable this week. Poston won last year at 22-under. The winning score has been in the 20s each of the last four years.

This is our cleverly-headlined Horse for Course section. There is no bigger horse for course here than Webb Simpson. The co-favorite has a win and two runner-up finishes here. He’s actually been second each of the last two years. He was third three years ago. Simpson has seven top-10 finishes here since 2010 and also finished 11th in 2013. There is no value on his +1000 price, but he is very much worth your attention in any matchup he has.

Paul Casey doesn’t play here often, but he was third back in 2015 and 13th last year. His runner-up last week came out of nowhere with a 67th and two MC in his previous three events, but he has to feel good going into this one.

Jim Furyk also doesn’t play here often, but he was fourth two years ago and 10th four years ago. Davis Love III won for the third time here back in 2015 and was actually 10th back in 2017.

I mentioned the players around or just outside the FedEx Cup Playoffs cut line. Si Woo Kim won here in 2016 and was fifth last year. He would qualify for next week as of now, but it is precarious at best. He’s +4000. Similarly, Rafa Cabrera Bello (+12500) has finished 11th and fifth in his last two starts here.

Another one at +8000 is Rory Sabbatini. Sabbatini was in very good form a few weeks ago, but has faded a little bit. He doesn’t fit the stat profile necessarily, but he was sixth here last year and fourth back in 2017. He was also eighth in 2013.

As mentioned, this is a course where SG: Putting matters a lot. SG: OTT is also very important. This might be a week when you want to take some longer prices. Simpson or Koepka could very well win and it wouldn’t be the least bit surprising, but we’re in the week following a major and the Playoffs are next, so not everybody will have the same motivations. Some guys may be hoping to work on some things and get a paycheck in the process.

Among the short prices, Harris English at +3000 is the best bet of the bunch in my opinion. English is 14th in SG: Putting and 36th in SG: OTT. Given the composition of this course, it is surprising that he has not fared better here, but he has made the cut all six times and has finished 10th and 11th. He’s also playing really well with four straight top-20 finishes. He’s one guy to take a close look at in that 30/1 range.

BET HARRIS ENGLISH TO WIN THE WYNDHAM AT MYBOOKIE

Another is Billy Horschel. Horschel is +3300 and he fits the horse for course profile with two top-10 finishes in the last four years. He was also 11th in 2018. Horschel has made four straight cuts and even had back-to-back top-15 finishes in the events at Muirfield Village. Horschel is 39th in SG: OTT and 19th in SG: Putting. Both of those guys are on my card this week.

Sepp Straka makes some sense this week at +8000. Straka is a solid 31st in SG: OTT and a respectable 63rd in SG: Putting. He’s had three top-20 finishes in the last five events and hung around long enough to play out last week’s PGA. Last year, Straka putted well, but didn’t do overly well in any of the other categories, as he was a negative in SG: Tee-to-Green (SG: T2G). At 80/1 in this field, though, he has a chance to make some noise.

Kristoffer Ventura is +11000 and fits this course profile very well. He’s fourth in SG: Putting this season and a respectable 83rd in SG: OTT. Ventura is also in some pretty darn good recent form. He was 19th two weeks ago and eighth at the Workday Charity Open. He actually has four top-25 finishes since the restart.

This might be a good week to jump on Chase Seiffert at +20000. Seiffert is one of those guys with playoff implications on the line this week. He’s T-85th in SG: OTT, but T-45th in SG: Putting. Seiffert has missed three of his last four cuts, but he finished fourth at the Workday Charity Open. He’s a good putter and a quality player on SG: Approach. He’s a long shot bomb, so you’re going to get flaws, but he’s 68th in SG: Total in an event that is pretty weak.

I’ll be on English, Horschel, Straka, Ventura, and Seiffert this week, with some smaller bet sizes on the longer shots. I’ll also be on several Webb Simpson matchups as the week goes along.