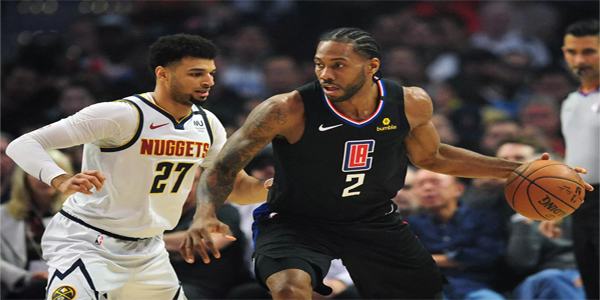 As the Denver Nuggets played the Los Angeles Lakers the other night, there were factors that came into play other than just scoring a straight-up win. It appeared as if head coach Michael Malone was more concerned with not overextending some of his better players. During what would be the critical time in the ballgame, Nikola Jovic was confined to the bench, along with Jamal Murray and Michael Porter Jr.

But Denver (46-25 SU, 33-34-4 ATS) got some encouraging results from their other people. And BetAnySports patrons who followed this game know that even though the Lakers had their principal people on the floor against a number of Nuggets reserves, the outcome was not decided until Kyle Kuzma drained a triple with four-tenths of a second remaining.

Of course there’s a kind of risk involved with not putting your best foot forward in these games; that is, if getting a higher seed is one of your main objectives. For example, Wednesday’s game against the Los Angeles Clippers (9 PM ET, at The Arena, on ESPN) could pull them to within a half-game of the #2 seed in the West, which means that a win against the Lakers – which could conceivably have been facilitated by keeping a couple of stars out there during fourth-quarter activity – would have made this a game where a victory could pull them even.

But toward what end? There isn’t a whole lot of difference that the seeds make, once you get beyond the Lakers’ opening round matchup against the #8 team (which is to be determined). The second place through seventh place squads are all pretty close to each other.

And Malone’s attitude right from the start was that this was not going to be a blood-and-guts battle in the seeding games, but rather a bit of a mini-camp to get them in rhythm for the playoffs.

Denver isn’t fully healthy either. They have been missing Gary Harris and Will Barton, both of whom are valuable parts of their ensemble. Jerami Grant also sat out the Laker game.

One of the things the Nuggets will have to address is how poorly they have been getting out to the perimeter to defend three-pointers. The Lakers, who have been bricking in the bubble, went 14 of 29 from downtown against them. This has been a problem all along, and sometimes that is going to happen when you put big lineups out there. Quickness and the ability to move out and then back inside the arc presents a bigger challenge for this team than, say, the Houston Rockets, who aren’t starting any one taller than 6-7.

You have to wonder what Malone will do with Murray, who hadn’t played at all since the pandemic break but went 39 minutes against Utah on Saturday. They don’t want this guy killing himself before the games that really count.

Meanwhile, we should mention that Bol Bol, who caused a sensation after his first scrimmage game, is going through a learning curve. He has played 62 minutes in his first five games, with 25 points and 14 rebounds. He was guarding Kuzma, by the way, on that game-winning three-pointer.

So we talked about Malone’s attitude toward these games. You’d have to imagine that Doc Rivers has a similar mindset, because if he was more serious about winning, his Clippers (47-23 SU, 39-31 ATS) would have a firm grasp on the #2 seed and would have gone better than 3-3 in the restart. But they don’t, and they haven’t.

Montrezl Harrell has come back to the team after a period of mourning following the death of his grandmother. Whether he’ll play a lot of minutes right away is another question entirely. Rivers wants his team healthy for the playoffs. That’s been his priority. In a game like this we imagine reserves will see a lot of minutes. To a considerable degree, the guys who get the most time are those who can defend – preferably multiple positions. The second unit guys don'[t do that as well. We’re gravitating toward the OVER in this one.

At BetAnySports, you’ll find lots and lots options with which to wager on the NBA seeding games, all the way through the playoffs….Remember that reduced juice gives you a lot of value, and that Sports Betting Prime enables wagering in real-time, which will elevate the excitement….. Make a deposit using your debit card, credit card, person-to-person transfer or the virtual currency of Bitcoin, which is fast and easy with their automated system, and NEVER incurs a transaction fee!