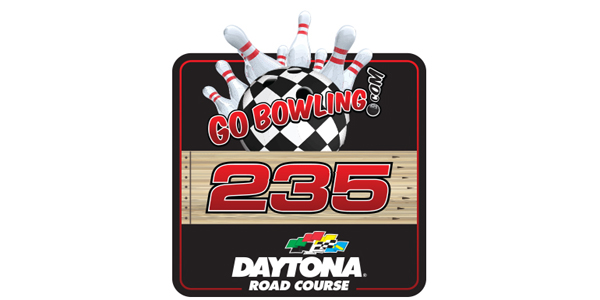 Kevin Harvick came a Stage 1 win short of a Michigan sweep this past weekend. He won both races and widened his points lead over the rest of the field. Something else happened, too. Harvick’s wins also basically clinched playoff spots for Aric Almirola, Kyle Busch, and Kurt Busch.

Clint Bowyer sits 60 points ahead of the cut line and three points ahead of Matt DiBenedetto for 12th place. William Byron is 26 points above the cut line. Because of wins by Cole Custer and Austin Dillon, who are both outside the top 16 in points, there is a heightened sense of urgency for the guys on the outside looking in with just four races left to go.

One of those races is this week’s Go Bowling 235, which has replaced the race at Watkins Glen Race Course. This, too, is a road course, but on the never-before-used Daytona Road Course. Other circuits have used this, including those that run in the Daytona Endurance Race, but the NASCAR Cup Series has never used this configuration.

That means a very difficult handicap for this week at Daytona. This race will be Sunday August 16 at 3 p.m. ET on NBC.

Chase Elliott is the favorite here, even though he hasn’t won a race since the end of May and hasn’t had a top-five finish in seven races. The road course element has shuffled a lot of things on the odds board. This is the first time Kevin Harvick hasn’t been the favorite in weeks. A lot of other things seem to be fairly status quo, except for the fact that the 20 to 25/1 guys have been bumped up a little bit with a closer gap than usual.

Because of cancellations and postponements and additional changes, this will actually be the first road course race of the season. Sonoma and Watkins Glen were taken off the schedule and the Roval race at Charlotte isn’t until the playoffs. The Pocono races are the closest we’ve gotten because of the tight triangle turns.

This is a course that these guys are not familiar with. The road course at Daytona is 3.57 miles and does use large swaths of the oval track. There are 14 turns in total and most of the road course elements will be between the start/finish line and what would be the first turn of the track.

There are only 65 laps this week, with Stage 1 and Stage 2 at 15 laps and then 35 laps for the final stage. The first six turns include some very tight horseshoe turns and a little bit of a dogleg. A “chicane” has been added on the front stretch. This is a modified road course from how Daytona usually runs. We’ll see how the drivers handle it. The fact of the matter is that we don’t really know.

All we know is that there will be a ton of shifting over the first six turns before things kind of even out for the rest of the loop.

The drivers around the cut line will need to be more aggressive. It seems highly, highly unlikely that we see anybody from way off the board win the Monster Mile at Dover. The last race is another restrictor race at Daytona, so we could get some craziness in that one. It’s not like we haven’t seen that before.

But guys like Jimmie Johnson, Erik Jones, Tyler Reddick, Christopher Bell, and Bubba Wallace need to be more aggressive. William Byron’s playoff chances are also hanging in the balance. A road course like this probably isn’t the best option and none of these guys really stood out on road courses in the Xfinity Series.

Kyle Busch has been the best at Watkins Glen, but Chase Elliott has two wins in his four races. That is a big reason why Elliott is +400 and favored this week. Busch has two wins, six top-five finishes, and 12 top-10 finishes in his 15 Watkins Glen starts. Martin Truex Jr. and Denny Hamlin also have wins. Kevin Harvick also has a win and 10 top-10 finishes in 19 races, but only three top-five finishes.

In two years on the Charlotte Roval, which could very well be the best comp for this race, Ryan Blaney and Chase Elliott have the wins. Alex Bowman and Clint Bowyer are the only drivers to finish in the top-five in each race.

We simply don’t have a lot of data at our disposal with this week’s race. Clint Bowyer hasn’t had the Watkins Glen success, but he’s been terrific at Sonoma and strong in the two Roval races. He has to be on the card this week at +1600. Bowyer also has some extra incentive, given that he hasn’t clinched a playoff spot yet and can be caught easier mathematically than some of the others.

Kyle Busch is definitely worthy of consideration in a lot of ways, especially with back-to-back top-five finishes. Anything 9/1 or better is worth a look, but Bowyer is my favorite pick this week. Keep it simple this week because we have no data for this track and a lot of moving parts.