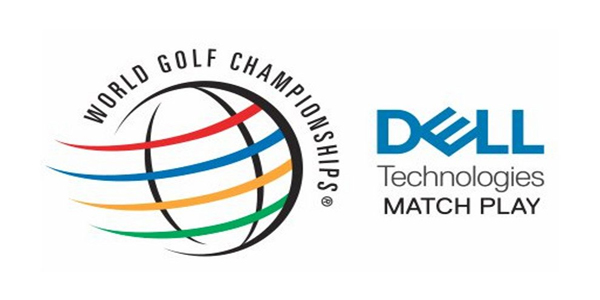 One of the more unique events of the PGA Tour season is coming up this week with the WGC-Dell Match Play. Action actually begins on Wednesday because of the need to fit in so many matches.

You can bet this like any other golf tournament and try to pick the overall winner, but a lot of handicappers prefer to look at the individual head-to-head matchups and group play for this tournament down at Austin Country Club. Much like the NCAA Tournament after the First Four have been decided, the bracket consists of 64 players.

Odds to win from BetAnySports.eu are down below the body of the article, but we’ll talk about how everything is set up and some of the things we’ll be looking at from this tournament.

Players are packed into groups of 16 and then the rest of the draw is done randomly with one player from each pool selected to participate in a group. The pools are set by Official World Golf Ranking order, so Pool A starts with #1 Dustin Johnson and ends with #17 Sungjae Im because the #12 ranked player in the world, Brooks Koepka, is not playing.

The random draw format takes a player from each of the pools and then puts together a group for the bracket. For example, Group 1 is Dustin Johnson, Adam Long, Kevin Na, and Robert MacIntyre. Group 2 is Justin Thomas, Louis Oosthuizen, Kevin Kisner, and Matt Kuchar.

Here are the Groups for this year’s WGC-Dell Technologies Match Play (OWGR ranking in parentheses):

Handicapping Group Play is important. If you’re picking an outright winner, you certainly need them to advance through this portion. None of the groups are particularly easy with effectively all top-70 players on hand, but some draws are better than others.

For example, Viktor Hovland seems to have a strong draw here in Group 13. Abraham Ancer is a good putter, but Bernd Wiesberger and Kevin Streelman should be easier matchups for Hovland. He may not even need the win over Ancer to advance, in what will be his toughest match.

Given that Hovland is 28/1 with a pretty good chance at making it to the quarterfinals, it isn’t a bad bet at all whatsoever.

Another one to look at is Tyrrell Hatton at +3000. Lee Westwood has been in excellent form, but you have to wonder if the schedule has caught up with the 47-year-old. Sergio Garcia has been hit or miss and so has Matt Wallace. While Hatton may not be in the best form, he’s still got a great chance to advance.

Patrick Reed at +2500 has an okay draw, but the bigger thing for him is that he thrives in match play. He was great in college at Augusta State and has been huge in the Ryder Cup for Team USA. Some guys don’t love the match play format. Others do and Reed is in that camp.

CLAIM YOUR WELCOME BONUS AT BETANYSPORTS.EU

Austin Country Club is the course in question this week. Distance is never a bad thing and the winners at Austin CC have been Jason Day, Dustin Johnson, Bubba Watson, and Kevin Kisner. The runners-up have been Matt Kuchar, Kisner, Jon Rahm, and Louis Oosthuizen. After Rory McIlroy’s win at TPC Harding Park in 2015, Day and DJ won. Since DJ’s win, the seeds that have won are 35th and 48th, with 39th and 50th in the finals, so that is certainly interesting.

This is a Pete Dye design in which not many holes are straightforward. A lot of holes bend and there are some elevation changes on the course. The risk-reward strategies employed at Match Play events will be fun to watch here. This is also a big purse of $10.25 million with $1.82 million to the winner.

There are so many different considerations with Match Play. Recent form is certainly helpful, but also the one bad round that takes you out of contention in a regular event may not hurt you as much here. A quadruple-bogey that kills a round simply means a lost hole in this event.

Along with Hovland, Hatton, and Reed from above, another consideration is Ian Poulter, who is actually 43-18-5 in his career in Match Play matches, at +10000. Poulter has a tough draw with Rory McIlroy, but Poulter is an outstanding Match Play player and he likes Austin Country Club with a 6-2 record in eight matches.

Coverage of the Dell Match Play will be on Golf Channel and NBC.

BET GOLF AT BETANYSPORTS WITH A WELCOME BONUS