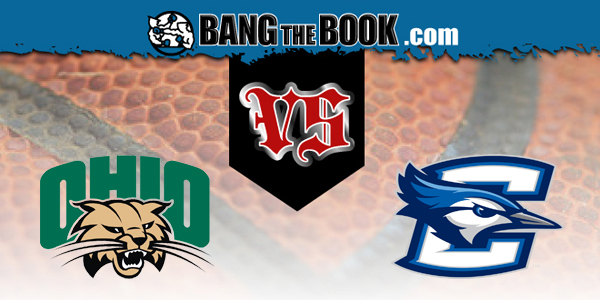 NCAA Tournament Betting — Creighton may have ‘protested’ itself out of contention

Honestly, I don’t know why people may have thought that what happened with Creighton coach Greg McDermott would be some kind of rallying point. Maybe it is because they were able to defeat Butler and UConn in the Big East tournament after that. But they also followed that up with an awful 73-48 loss to Georgetown, where they trailed by 31 points at one juncture.

In case you’re not aware, McDermott had made one of those “racially insensitive” statements to his team – something like “I need everybody to stay on the plantation. I can’t have anybody leave the plantation.”

Yeah, he shouldn’t have said that. But some of his players perhaps had too much of a tantrum about it. Sure, they wanted McDermott to continue to coach the team, but they wanted their voices heard, and they wanted contrition from him. In other words, they were looking to exercise a bit of control over the situation. And that put things on a slippery slope.

McDermott served a short suspension, amidst a lot of protestors who thought he should have been fired (I typed “fried” by mistake there for a minute, but maybe that’s the more appropriate word), and then came back during the Big East tournament. But he is truly in a kind of no-man’s land here. You see, regardless of the proposition that the players did not want their season spoiled because their coach made an ill-advised remark, the damage is pretty much done.

I guess I’m sounding a little “insensitive” myself, aren’t I? Well, for purposes of this discussion, I am neither a social worker, nor a social justice warrior. I am trying to handicap a basketball game, and from where I’m sitting, this whole atmosphere affects the Creighton team, and not in a positive way.

From this point forward (and it may not go beyond Monday), his players are going to trust him less and he is going to trust them less. After all, they outed him.

And let’s forget for a minute about whether the players should have made a big deal out of it. Either he’s a racist or he isn’t. If he is, then fire him. If he’s not, the matter could have been handled internally.

Either way, this does not construct a formula for being a genuine contender. And Creighton was way off its game once again on Saturday, when it had life-and-death with UC-Santa Barbara, making just seven of 25 shots from three-point territory and barely hanging on for a 63-62 victory.

And so along comes Ohio, the Mid-American Conference champion, fresh off a victory over Virginia, which they achieved despite shooting 42% and forcing just three turnovers. Oh, and with only eleven points from Jason Preston, who had 31 earlier in the season when the Bobcats brought Illinois to the brink.

These guys should be able to drain some shots. And they have an unflappable guy named Ben Vander Plas out on the wing. Believe me, I am allowing for the fact that Virginia’s schedule had been disrupted because of some COVID-19 issues, and that was a factor.

But this may also be one of those cases where, to use a cliche, a team is “jelling at the right time.”

And at the wrong time for Creighton.