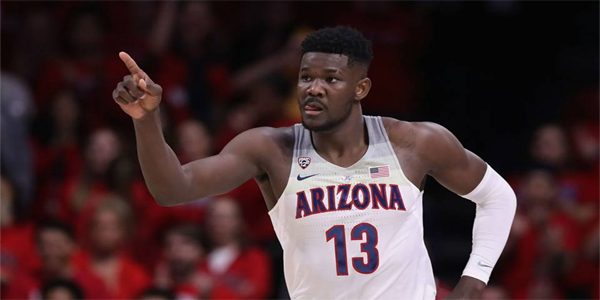 The Arizona Wildcats knew they were going to have an unusual season, for reasons that had nothing to do with the pandemic. The athletic department self-imposed a one-year ban from post-season play, so given the fact that there was going to be no reward at the end of the season, these games in the regular Pac-12 schedule carry with them a little more meaning.

And one of those will come on Thursday night, as the ‘Cats take on the Washington State Cougars in a feline struggle that takes place at 11 p.m. Eastern time at the McKale Center in Tucson.

Remember that if you are signed up with BetAnySports, you can take advantage of reduced juice for better odds, and then, after the game begins, you can place wagers in real time with the help of Sports Betting Prime.

Washington State won its first three games of the season, playing lesser opposition, and has compiled a 7 – 10 record in the conference. They have recorded pretty good wins over Oregon, UCLA and Stanford, beating Oregon on the road, along with Washington and California. Their Saturday win over the Cardinal came in triple overtime, and they outscored Stanford 9 – 0 in the third extra session.

Noah Williams, the sophomore swingman, scored 40 points, with eight triples. But the flip side is that he only made four of his 17 shots from inside the three-point line and committed a whopping nine turnovers.

Arizona, who had previously defeated Colorado at the outset of the Pac-12 season, scored a nice 81 – 72 victory over USC on Saturday. That was the Trojans’ only loss in their last nine games. But the Wildcats have been far from invincible at home, losing decisions to USC, UCLA, Stanford and Oregon.

Obviously Arizona is the solid favorite in this one, but which way does the pendulum swing when it comes to the cover? Well, we are going to give the edge to Archie Miller’s squad, for a number of reasons.

One of them is that Arizona is going to thwart that which Washington State probably does best, which is clean the glass. Yes, the Cougars have done a more than respectable job in that regard, but Arizona has pulled down 76% of available defensive rebounds and 34.6% on the offensive end. That latter figure puts them in the top 20 in the country. And they are second in the Pac-12 in both of those categories. It also bears mentioning that Arizona won the battle of the boards this past weekend with USC, which leads the Pac-12 in rebounding. The margin on the boards was 43 – 36 in favor of the Wildcats, and that has been in keeping with their season-long rebounding margin of + 8.5 per game.

Another factor is that Washington State turns the ball over more often than any other team in the conference. And so by flipping the court, Arizona creates more opportunities for itself. Also, on those occasions when it does attempt a three-pointer, the Arizona team is more than solid, hitting almost 38%, which ranks among the top 30 in the country.

They also manage to get to the free-throw line an awful lot. In fact, Arizona gets 23.2% of its total point output from the charity stripe, and only twelve teams in the country produce at a higher percentage than that.

So essentially what you have here are a lot of ways where Arizona will get extra points over Wazzu, whether it be by second chances, creating additional possessions through turnovers, nailing threes instead of twos with more proficiency, and then turning opportunities in the paint into points. They’ve done a pretty good job of showing their motivation level, even though they know it’s kind of a dead end. So we are laying the points with Arizona in this Pac-12 game.