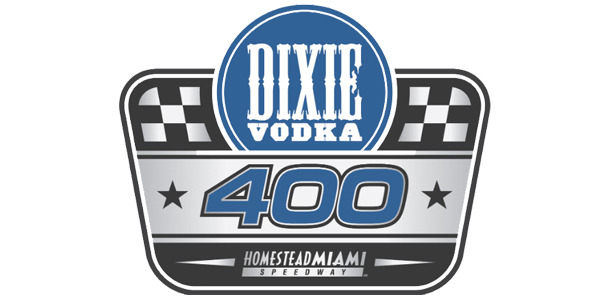 Just like everybody expected, we are two races in to the 2021 NASCAR Cup Series season and the winners are Michael McDowell and Christopher Bell. That sound you hear is the balloon leaking air for the drivers hoping to make the playoffs. Unless we get more than 16 race winners, McDowell and Bell have secured two of the 16 playoff spots.

It is too early for urgency, but with limited races on 1.5-mile tracks this season, a lot of teams will be aggressively looking to rack up some points and secure a victory with this week’s Dixie Vodka 400 at Homestead-Miami Speedway.

We’ll use the odds from MyBookie Sportsbook to break this one down and give you a full race preview with some picks and predictions at the end.

ODDS FROM MYBOOKIE SPORTSBOOK FOR THE DIXIE VODKA 400

With the race back on a 1.5-mile track, Kevin Harvick reassumes the position at the top of the odds board. This type of racing format is more conducive to Harvick and he’s had a good car and decent results the first couple of weeks. As usual, it is Denny Hamlin, the current points leader and winner of three of the four non-final stages, that is the second favorite. Chase Elliott is always going to be up at the top of the board these days as well.

From Finale to February

Homestead-Miami used to be the championship race track with the Ford EcoBoost 400. Well, now it is the third race of the year. NASCAR now finishes the season in Arizona. It makes sense in terms of limiting travel that NASCAR would have three Florida races in succession, though, so it is nice that it worked out that way.

Homestead-Miami is a standard-issue 1.5-mile track with flat straights and progressive banking in the turns ranging from 18 to 20 degrees. This race has been held here every year since 1999, but was previously in November. Last year’s race was on June 14. The weather conditions aren’t that much different in Florida from November to February, so the teams probably won’t have to make too many adjustments to the usual strategy.

Last year’s race in June was a sweltering one. The drivers have to be happy to get back to cooler conditions this time around.

Michael McDowell and Christopher Bell have the wins. Denny Hamlin, Joey Logano, and Kevin Harvick have the most points. Chase Elliott was second in the Daytona 500 and then 21st last week in the O’Reilly Auto Parts 253, as he led the most laps and won Stage 1, but eventually finished outside the top 20.

It was a clean sweep for Denny Hamlin, who won Stage 1, Stage 2, and the overall race. Chase Elliott also had a big day on the points front by being in the top five in both stages and then finishing one spot behind Hamlin overall. It was a similarly solid day for Ryan Blaney, who was second to Hamlin after the first 80 laps, fourth after the next 80, and then third at the end of the race.

Tyler Reddick ran really well here last year. He was third, second, and fourth in order of the stages. Interestingly enough, Harvick wasn’t really a factor and neither were fellow Ford drives Joey Logano and Brad Keselowski. Keselowski finished 10th, but only got five stage points. The best Ford after Blaney belonged to Aric Almirola.

Last year’s Homestead-Miami race was a challenging one for the drivers. Racing began again on May 17 after the COVID-19 shutdown. This race was June 14. It was the eighth race in 28 days. Fatigue had to be a factor, which could be one reason why we saw young guys like Reddick, Bell, and Byron up in the top 10.

Who are the drivers that have done well at Homestead-Miami? Not many guys have the resume of consistency that Harvick has here. He only has one win in his 20 races at Homestead-Miami, but he has finished in the top five 11 times and in the top 10 in 17 of 20. His average finish of 7.4th place is second to Reddick, whose fourth last year was his first career start on the track.

The only other multiple winner here among active drivers besides Hamlin is Kyle Busch with two victories. Those came in 2015 and 2019. Truex, Harvick, Kurt Busch, and Logano are the other winners here.

If we whittle our search down to the last 10 races, Hamlin leads the way with 353 points, due in large part to his two wins, which are his only two top-five finishes. Harvick is next with six top-five finishes and has the second-most points in that span with 343. Busch is third in points with 325, followed by Truex with 324, and Logano with 319. Those are the only five active drivers with a win in that span.

Well, it doesn’t seem like we get a surprising winner this week. Daytona leveled the playing field in more ways than one with the restrictor plate race and then the road course. This is a more traditional 1.5-mile loop.

Ryan Blaney is priced too high at +1400. I also feel like Alex Bowman isn’t a bad look at +2500. The reality is that one of Denny Hamlin or Kevin Harvick probably wins, but a few price plays aren’t bad ideas.