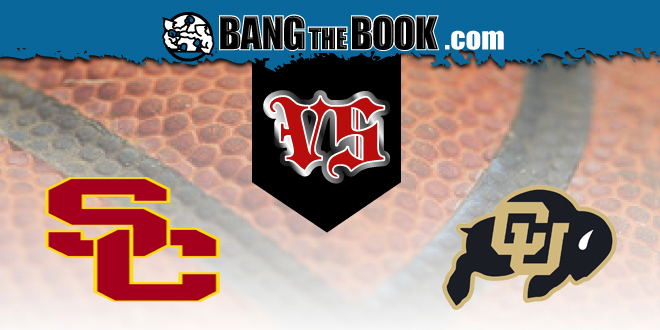 Things just did not go the way of the USC Trojans the first time they encountered the Colorado Buffaloes this season. But a lot of time has passed, and we may be looking at a different USC team right now. The Trojans look a little more composed, and their freshman center might be ready to be more of a factor.

Colorado heads toward its inevitable spot in the NCAA tournament without an awful lot of momentum. And so, for purposes of seeding, it’s probably important that they come up with a win as they host USC on Thursday night in Boulder. This game tips off at 9 p.m. Eastern time on ESPN2, and at BetAnySports, you can get reduced juice beforehand and place wagers in real time with Sports Betting Prime.

The first meeting between these two took place on New Year’s Eve at the Galen Center. Colorado came away the 72 – 62 victor. Evan Mobley, the much ballyhooed freshman center for the Trojans, had just 12 points with seven rebounds and committed five turnovers. USC had no success from two-point range, hitting just 39%. And they only made seven free throws. Their accuracy (just 64.8%) is something that has plagued them all season long.

Colorado has been going through a rough stretch lately; they lost 71 – 62 to a lower rung California team, then came back and lost 60 – 56 to Oregon. They barely escaped in their last outing, winning 61 – 57 against Oregon State, making just four out of 18 attempts from 3-point territory and committing 16 turnovers. McKinley Wright had 21 points to essentially save the day for the Buffs.

We talked about USC’s lack of effectiveness from the free throw line. While they are 321st in the nation in free throw shooting percentage, Colorado is at the very top, at 82.7%. Don’t think that won’t make some kind of a difference with the Buffaloes being the home team.

But there are other things that are operatives actors in this game as well. With Evan Mobley, USC has been a pretty formidable defense on the inside, and they have allowed just 42.2% shooting in two-point range, which is third-best in the nation. So maybe Colorado has to launch some triples to come away the winner.

The Trojans have been hot from the arc, hitting 46% from there the last three games. And if they do that again, this becomes easier. But generally, USC is not a great shooting team, and it is clear that they’re going to need some second shot opportunities. It’s a good thing, then, but they are among the top 10 teams in the nation in offensive rebounding percentage. However, it’s a bad thing if Isaiah Mobley, Evan’s brother, who is their best offensive rebounder and one of the best in the Pac-12, has to sit out another game with a strained calf. He was absent for Saturday’s 72 – 58 victory against Oregon. But a number of other players stepped up, among them Tahj Eaddy, who made six triples on his way to 24 points; Ethan Anderson, who had eight assists with just one turnover, and Drew Peterson, who had 15 points and eleven rebounds. Those guys stepped up in the game, but they haven’t always done so.

USC has perhaps too often relied on Evan Mobley, who did not have a blocked shot against the Ducks, but did swat away 20 in his previous five outings.

USC has been on something of a roll, winning eight of its last nine. It will be more difficult without Isaiah, although not impossible. And we really do wonder how good Colorado is. Surely they are not going to compete in terms of size. And we feel that USC can do some business on the inside. For that reason, we’ll take the points in this payback game.