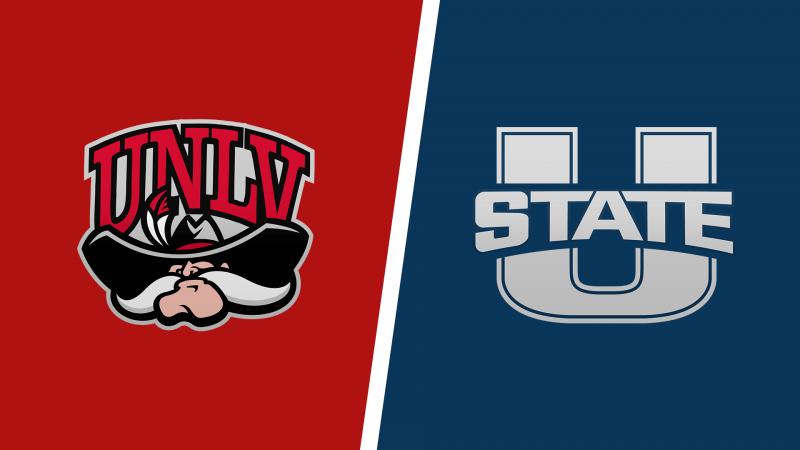 The college basketball betting action continues with another loaded Saturday card, so we are taking a closer look at the Mountain West Conference battle from Dee Glen Smith Spectrum in Logan, Utah, to get you the best UNLV vs. Utah State betting pick and odds.

The Rebels and Aggies lock horns for the first time this season. Utah State has dominated UNLV lately, going 6-2 straight up and ATS over their last eight encounters, while the total has gone under six times in that span. The Aggies are firm favorites on Bovada Sportsbook this time around, so let’s see what the best move is.

The Rebels aim for their third straight win

The UNLV Rebels improved to 13-9 straight up and 8-13 ATS on the season following a 69-58 home win over the Nevada Wolf Pack this past Tuesday. It was their second consecutive SU and ATS victory, as the Rebels easily covered a 5-point spread.

UNLV dominated Nevada from start to finish, leading by as many as 16 points. The Rebels played excellent defense and held the Wolf Pack to only 34.5% shooting from the field and 17.6% from downtown. Senior guard Bryce Hamilton (20.8 PPG) and junior guard Donovan Williams (14.1 PPG) accounted for 17 points each, as this duo continues to lead the way for UNLV.

The Aggies hope to keep the good times rolling

The Utah State Aggies (14-9; 12-10 ATS) are riding a four-game winning streak following a 78-62 home victory over the San Jose State Spartans. They failed to cover a massive 20-point spread, but the Aggies didn’t have too many problems outlasting the lowly Spartans.

The Aggies are a top-50 team in the country on both sides of the ball, so I’m expecting them to beat the Rebels and cover along the way. Utah State is a well-rounded team, and the Aggies’ depth should be a decisive factor.

Furthermore, the Rebels’ defense will struggle to deal with Justin Bean and Brandon Horvath. UNLV is not a bad defensive team, but the Rebels lack height and length to slow down the Aggies’ senior duo.

Neither of these two teams prefers to play at a fast pace. The Aggies average 67.4 possessions per 40 minutes, while the Rebels register 67.3. I’ve already mentioned that the under is 6-2 in their previous eight encounters, so riding this betting trend seems like a reasonable move.

The under is 6-2 in Utah State’s last eight games as well. The Aggies have allowed more than 62 points only once in their previous seven outings. On the other side, three of the Rebels’ last six contests have gone under the total.