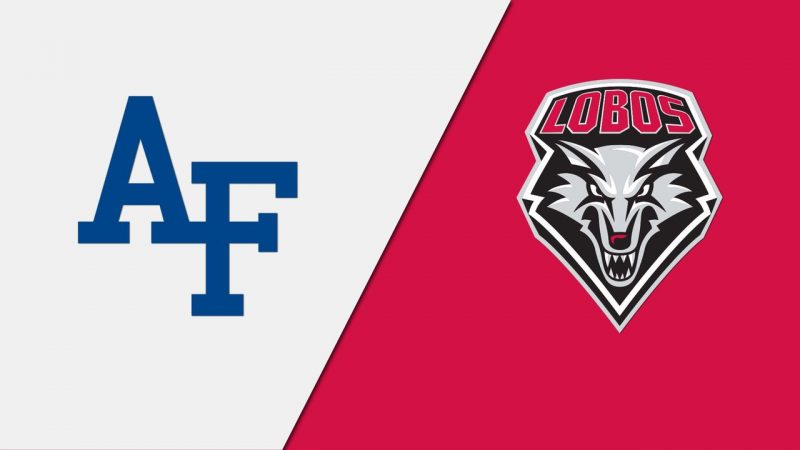 The 2021-22 CBB season goes on Saturday, February 5, with a ton of interesting matchups around the country, so we have prepared the best New Mexico vs. Air Force betting pick along with the latest odds update on MyBookie Sportsbook.

The Lobos meet the Falcons for the first time this season. New Mexico has gone 5-3 SU and ATS in its last eight dates with Air Force, but the Falcons have won two of their last three meetings with the Lobos at Clune Arena in Colorado Springs.

The New Mexico Lobos (8-14; 13-6-2 ATS) returned to the losing track last Monday, suffering a heavy 72-47 defeat at the San Diego State Aztecs. They couldn’t cope with one of the best teams in the Mountain West Conference and failed to cover a 14.5-point spread.

The Lobos have gone 6-2-1 ATS over their previous nine outings at any location, but they’ve won only one game in that span. New Mexico is now 1-8 in the conference play, sitting at the 10th spot of the MWC standings.

The Air Force Falcons (10-10; 13-7 ATS) are coming off an embarrassing 73-46 defeat at the Utah State Aggies this past Tuesday. They were listed as huge 15-point road underdogs, but it was an abysmal performance on both sides of the ball.

The Falcons recorded their second consecutive defeat and sixth in their previous eight contests overall after making only 36.0% of their field goals and 13.3% of their 3-pointers. Also, they posted a paltry 16 rebounds, while none of the Falcons scored points in double digits.

While the Lobos love to push the ball in transition and take their shots early, the Falcons lean on their defense and prefer to take things slowly. New Mexico is a much better offensive team than Air Force, but I lean the Falcons because of their defense.

Air Force’s 3-point D is one of the best in the nation, while the Lobos lean on their 3-point shooting a lot. The Falcons allow only 4.7 triples per game (2nd in the country) on a 28.1 percentage clip (11th), so they should have enough firepower to slow down New Mexico and establish their style of play.

None of Air Force’s last six games has produced more than 131 points. The under is 10-2 in the Falcons’ last 12 games overall, and I would ride this betting trend even though the Lobos will try everything they can to speed up things.

Two of New Mexico’s last four outings have produced a ton of points in total, 156 and 184, but the other two have been proper low-scoring affairs (65-60 loss to Fresno State and 72-47 defeat at San Diego State).