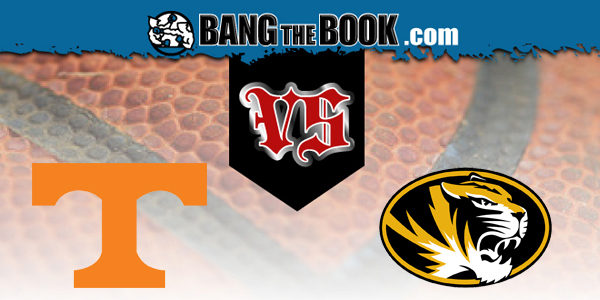 We’ve got a good one in the SEC tonight between Tennessee and Missouri in what could very well be the best game of the night. It is a busy college hoops card for Wednesday to say the least, but this game is one that jumps off the page as the only game featuring two ranked teams.

Tennessee has taken some of the early money at BetOnline Sportsbook with a move up from -2.5 to -4, but the total has not moved much from the 132.5 opener. Moves around low numbers like this in college basketball are usually pretty significant and it’s clear that the sharper side, at least to this point, is indeed the Volunteers.

Let’s see if our assessment of the game falls in line with that sentiment as we break it down from both sides.

Tennessee is off to an excellent start to the season. The Volunteers are 6-0 straight up and have also been very kind to bettors by going 5-1 against the number. They’ve shot 11% better than their opponents on the season and have outscored the opposition by an average of 28 points per game.

Teams coached by Rick Barnes tend to do very well at the outset of a season. Per pro bettor and good friend Kyle Hunter, Barnes is 76-48 ATS in the first eight games of the season over the course of his career. That trend would apply to this matchup and has applied to this 5-1 ATS start. The only non-cover for UT was their last game against USC Upstate with a 20-point win as a 33.5-point favorite just before the Christmas holiday.

Tennessee has played two top-100 teams per Bart Torvik, including a season-opening win over Colorado. What will be interesting here is to see how the Vols fare hitting the road for the first time. To this point, all six of their games have been at home. They’ve been dominant in those, as their most recent game against USC Upstate was their worst defensive performance of the season with .939 points per possession allowed.

This will be a good test because the two worst offensive performances for the Vols have come against the two best teams they’ve played in Colorado and Cincinnati. While Cincinnati has struggled since to cheapen that win a little bit, that was still a nice, relatively pain-free win. The Vols have played lockdown defense, holding opponents to 28.1% from 3 and 42.5% from 2.

Their shooting numbers could be better, but they’re at nearly 80% at the free throw line, rank 12th in TO% on offense, and 13th in OReb%. This is a very polished team on the glass and that helps.

Cuonzo Martin’s Tigers have a couple of really big wins this season. They bested Oregon on a neutral and then also scored a victory over the Illinois Fighting Illini by three at home back on December 12. In those two games, Missouri managed to outscore their opponents, which was important because those are their two worst defensive showings by far of the season. We’ll have to see if Missouri is sharp in this spot, though, with an eight-day layoff.

Missouri’s perimeter defense has been excellent to this point, as Illinois was only 3-of-13 from 3 and Bradley was just 2-of-18. Opponents are only shooting 24.1% on triple tries against the Tigers.

What is a little bit concerning for Missouri is that they don’t seem to be able to dictate the pace of a game. They’ve played three games of 71+ possessions and three games of 68 or fewer possessions. Martin would certainly prefer to play slower, as his team was in the bottom 75 in tempo in his first two years and then 260th last season.

I won’t beat around the bush here. Tennessee is the play. Their length is likely to give Missouri fits. The Volunteers do not get stopped at the rim often and are one of the best two-point defenses in the nation because they block and alter shots. You can also see their length on display on the glass as well, as they are top-15 nationally in OR% and DR%.

It’s Tennessee for me.