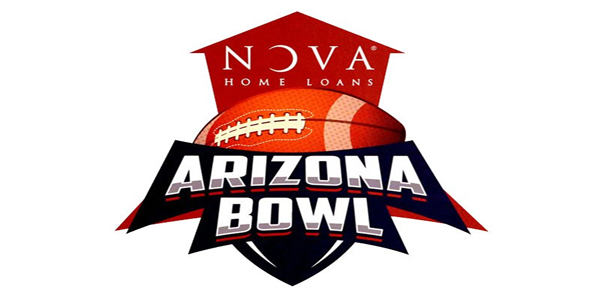 The importance of the bowl season greatly varies from program to program. Some schools have had lots of opt-outs and complete no-shows already this year. Other programs are thrilled to have the opportunity to play another game. Ball State and San Jose State should be two of those programs.

They’ll square off in the Offspeed Arizona Bowl from Tucson on Thursday December 31. San Jose State has grown into a 9.5-point favorite with a total of 64 in this matchup between the Mountain West Conference champ and the MAC champ at BetOnline Sportsbook.

We’ll break it all down in this one and suggest a pick or two on the second-to-last game of 2020.

We’ve had way too many bowl games this season when motivation questions and looming opt-outs ruled the day. Ball State is simply worried about what’s in front of them and that is the Arizona Bowl. This is a program that hasn’t played in a bowl game since 2013. That was a loss to Arkansas State in the GoDaddy.com Bowl. Ball State is 0-7 all-time in bowls.

That means that this program can do something it has never done before. Fifth-year head coach Mike Neu faced long odds in the MAC Championship Game against Buffalo and his team prevailed 38-28 to win as a 12-point underdog. It was the biggest outright upset win for the Cardinals since Week 7 of the 2011 season when they upset Ohio as a 14.5-point pup. They also upset Toledo in what was a double-digit dog role earlier this season at some sportsbooks.

There are a lot of reasons why bettors have opted to back the other side. Ball State did get some fine QB play from Drew Plitt with a 16/6 TD/INT ratio and a completion percentage approaching 66%, but the Cardinals will be without leading rusher Caleb Huntley, who opted out to prepare for the NFL Draft. Tye Evans is a step down with 4.6 yards per carry to 5.5 for Huntley. Huntley had half of the team’s 12 rushing touchdowns.

The biggest reason why Ball State has been bet against is because bettors are worried about their statistical profile. They were outgained on a yards-per-play basis over the course of the season with 5.82 yards per play on offense and 6.05 yards per play allowed on defense. In fairness, Ball State was a run-heavy team, so that skewed things a little on offense, but the pass defense was not great and allowed a lot of chunk plays. Ball State allowed 24 pass plays of 20 or more yards in just seven games.

From early on, it felt like San Jose State could be considered a team of destiny. While the ceiling was a Mountain West Championship and a decent bowl game, they looked the part from day one. They went 7-0 straight up and had six ATS wins, depending on the line you had for the UNLV game on November 14. They paired an excellent and dynamic offense with a spectacular defense. San Jose State amassed nearly 6.9 yards per play on offense and allowed just 4.84 yards per play on defense.

Both marks ranked in the top 15 nationally. A strong case could be made as well that the Mountain West Conference was clearly superior to the MAC, so a +2 YPP differential in the harder of the two conferences would certainly be enough justification for a line move up from -7 to a line approaching -10 at some places.

Nick Starkel posted a 16/4 TD/INT ratio with a 65% completion rate in his first season after transferring from Arkansas. Tyler Nevens wound up one of the best backs in the nation on a per-carry basis with 8.1 yards per pop and Bailey Gaither is probably the best receiver you’ve never really heard of in college football. He has a great chance to play at the next level, much like his head coach Brent Brennan did.

Like Ball State, bowl appearances are hard to find for San Jose State. They haven’t been in one since 2015 and only have three since 1990. Last season, SJSU went 5-7 to fall one win short of a bowl, but lost games by three to Nevada, two to Hawaii, and three to UNLV. This has been a long time coming for the seniors and other upperclassmen with this program.

It’s nice to finally have a bowl game where we can just look at the black and white. So many bowl games have had so many grey areas on the motivation side. In this one, both teams are extremely happy to be playing another game and each team has the chance to do something special that will stand out in program lore.

Tucson, Arizona is also at a little bit of elevation, measuring around 2400 feet above sea level. San Jose State should be better equipped for that because of the conference they play in.

One really key metric here is sacks. Each team played seven games. San Jose State allowed seven sacks. Ball State allowed 24. The Spartans had 22 sacks in their seven games and Ball State had 16. Add in the yards per play difference and the relative strength of the two conferences and you can see why SJSU has taken the money.

I’ll look that way as well, with a San Jose State squad that is well-coached and has the far superior defense.