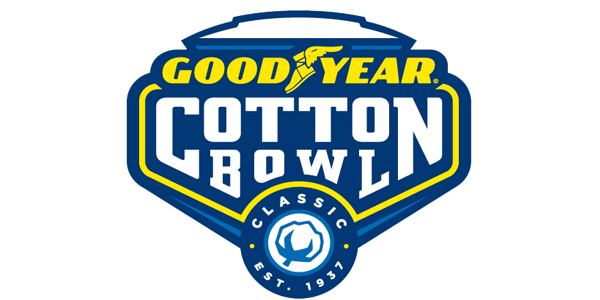 It may be the signal for a new era in college football. As it becomes more evident how much money the NCAA and its member organizations are making from their athletes, those athletes are starting to think “business” as well, as far as guarding their own futures.

So they are opting out of post-season bowl games in order to get a head start on preparation for the NFL Draft. That has happened to the Florida Gators, who have lost a number of receivers that have been essential to the nation’s #1 passing attack.

That’s the burden they’ll take into the Cotton Bowl game, which takes place at 8 PM ET at AT&T Stadium in Arlington, TX.

If you are a customer at BetOnline, you are truly in luck, as you can take your pick from dozens and dozens of propositions, in addition to live betting, and Odds Booster, which afford you greatly enhanced payouts on pre-selected parlays, every day of the week.

Of course, the big story here is that for various reasons, mostly opting out to prepare for the NFL Draft, the Gators have lost their top four receivers – wideouts Kadarious Toney, Trevon Grimes and Jacob Copeland, along with tight end Kyle Pitts. These guys have accounted for 34 of quarterback Kyle Trask’s 43 touchdown passes.

Trask is obviously a guy who is talented enough to succeed, and he has managed to play virtually mistake-free football (only FIVE interceptions). But when you take a look at what Florida does on offense, it reflects a certain imbalance; in fact, they throw the ball almost 58% of the time. Although they certainly aren’t without talent in the backfield, they have not had a 100-yard rusher this season. In other words, it’s not really part of Dan Mullen’s overall plan, and there hasn’t been a lot of time to change it, because these announcements by the players have come just recently.

What BetOnline patrons saw with this line is that the Gators had been favored by anywhere from 1.5 to 2.5 points, but the line has moved a great deal. If you don’t think the absence of these receivers is all that significant, you’ll find a lot of value in the number. But if you know that they’ll have to go with second-team personnel, and with an under-productive running game (109th in the country), it may be a different story.

Oklahoma, by contrast, is more balanced on the offensive end, running the ball 52% of the time. Lincoln Riley’s system has produced some monster numbers in recent years, from the likes of Baker Mayfield, Kyler Murray and Jalen Hurts, and this year it was not necessarily expected that Spencer Rattler, a freshman, would have those kinds of stats. Yet he was still 68% with a ratio of 25 TD’s to seven INT’s. And they scored 41.1 points per game.

Things got difficult early in the season, as the Sooners lost big leads in defeats to Kansas State and Iowa State, but they have now won seven straight, covering six.

One big difference between these teams is on the defensive side of the ball. Oklahoma has been known for some very pliable defenses under Riley, but they’ve really made progress in this area; they were fourth against the run (allowing 95.8 yards a game and 3.2 yards a carry), were tenth best in pass efficiency defense, and yielded 30% success on third down.

You’ve got almost the opposite story with Florida, which has been known for some rock-ribbed stop units. But this year they have more resembled the way Oklahoma USED to look. The Gators are just 100th in passing yards allowed, and haven’t really stopped any quality attacks.

Bad news for them, almost all the way around. We’re getting on that wagon train with the Sooners, even at this price.