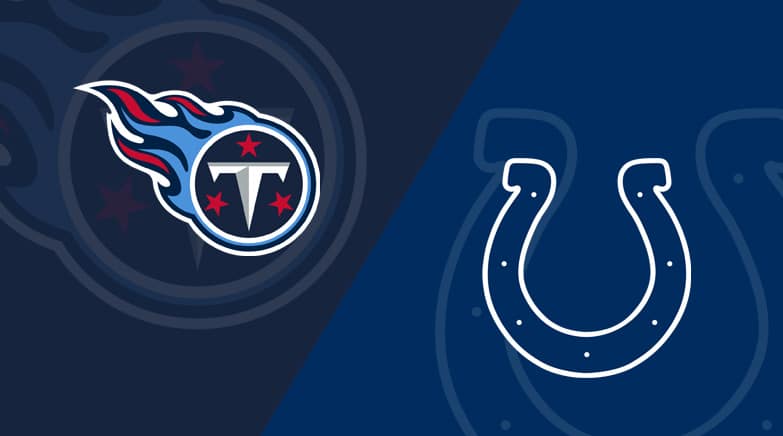 Week 8 of the 2021 NFL season goes on Sunday, October 31, so we’re breaking down the odds for the AFC South showdown at Lucas Oil Stadium in Indianapolis to bring you the best Titans vs. Colts betting pick.

The Titans and Colts already met on September 26 when Tennessee won 25-16 as a 4.5-point home fave. This time around, the Colts are listed as small 1-point home favorites on BetDSI Sportsbook, while the totals sit at 51.5 points.

The Titans smashed Kansas City for their third straight W

The Tennessee Titans (5-2; 5-2 ATS) are coming off an impressive 27-3 home victory to the reigning AFC champions, the Kansas City Chiefs. It was their third win on the spin and second over the legitimate Super Bowl contender, as the Titans outlasted the Buffalo Bills 34-31 in Week 6.

Tennessee dropped 27 first-half points on the Chiefs, dominating the game straight from the kick-off. They held Patrick Mahomes and his teammates to 334 yards and forced three turnovers. A.J. Brown led the way for the Titans on the offensive end, posting eight catches for 133 yards and a TD, while Derrick Henry had 29 carries for 86 yards.

The Titans have struggled defensively for most of the season. They are yielding 23.4 points per game (tied-16th in the NFL) on 103.3 rushing yards (9th) and 273.6 passing yards (24th), so that dominant performance against Kansas City should be a huge boost for the Titans’ confidence.

The Colts aim for their third win in a row

The Indianapolis Colts (3-4; 5-2 ATS) outlasted the San Francisco 49ers as 3.5-point road underdogs in Week 7, 30-18, to grab their second straight victory and get back into the playoff race. In spite of inclement weather, the Colts dropped 30 points on the Niners while racking up just 295 total yards.

Indy turned the ball over twice but forced four turnovers on the other side, including a couple of interceptions. Carson Wentz completed 17 of his 26 passing attempts for 150 yards and a pair of touchdowns, while Michael Pittman Jr. was a true hero with four receptions for 105 yards and a TD.

Jonathan Taylor (ribs) had 18 carries for 107 yards and a TD at Levi’s Stadium, and the Colts hope he’ll be ready for Week 8. Indianapolis’ offense ranks ninth in the league in rushing yards per game (127.6) and eighth in yards per carry (4.7).

Back in Week 3, Tennessee beat Indy thanks to their defense which sounds strange, but it was a rare defensive clinic by the Titans, who held the Colts to 87 rushing yards and 178 through the air. The Titans turned the ball over three times and still managed to beat Indianapolis.

The Colts have improved offensively over the last few weeks. Their defense is one of the best in the AFC, and the Colts haven’t allowed more than 18 points in three of their previous four outings. Indy has enough firepower to slow down Derrick Henry, so I’m backing the Colts to cover. They desperately need a win in this divisional battle, while the Titans might regress a bit after a couple of surprising wins over the Chiefs and Bills.

The total has gone over in the Titans’ last five games on the road, while the over has hit in four of the Colts’ last five outings at home. Three of the last four meetings between Tennessee and Indy have gone in the over, but only one of those four tilts has produced more than 51 points in total.

The Colts have to bring their best defensive game if they want to slow down the Titans. Also, I’m expecting both teams to run as much as they can, so give me the under on the totals.