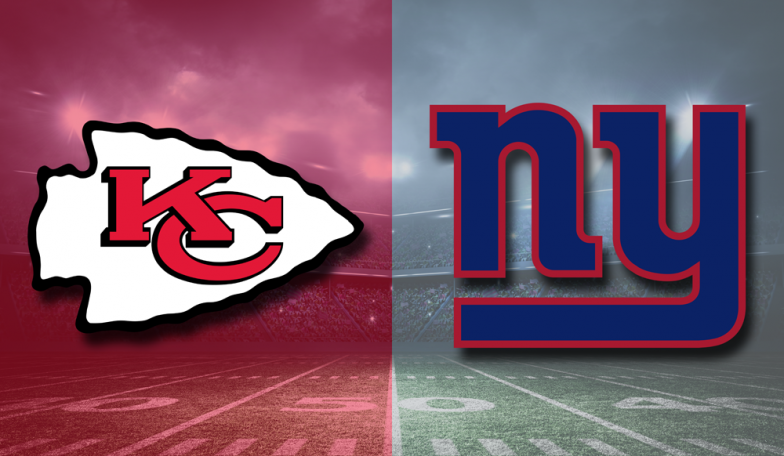 Week 8 of the 2021 NFL season wraps up with the interconference showdown on Monday Night Football, so we bring you the best Giants vs. Chiefs betting pick and odds. New York meets Kansas City for the first time since 2017, and the Giants have won five of their last six matchups with the Chiefs.

Things have changed since 2017, and the Giants head to GEHA Field at Arrowhead Stadium as huge 9.5-point road underdogs. The Chiefs are -440 moneyline favorites on MyBookie Sportsbook, while the totals sit at 52.5 points.

The Giants trounced Carolina to snap a two-game slide

The New York Giants improved to 2-5 SU and 3-4 ATS on the season following a 25-3 home victory to the Carolina Panthers this past Sunday. After a couple of heavy losses at Dallas 44-20 and to LA Rams 38-11, the Giants picked up the pieces and humiliated Carolina in front of the home fans.

New York missed some skill players last weekend, but Daniel Jones took care of the ball and tossed for 203 yards and a TD. The Giants forced one turnover while holding the Panthers to a paltry 173 total yards, and their defense dominated for all 60 minutes, posting six sacks and seven tackles for loss.

The Giants are scoring only 19.9 points per game (25th in the NFL). Both Saquon Barkley (ankle) and Kenny Golladay (knee) are doubtful to play Monday against the Chiefs, but rookie wideout Kadarius Toney (ankle) could return after missing the previous clash.

The Chiefs got beaten hard at Tennessee

The Kansas City Chiefs (3-4; 2-5 ATS) are coming off a humiliating 27-3 defeat at the Tennessee Titans last Sunday. They scored the fewest points in the Patrick Mahomes era, and the 26-year-old signal-caller turned the ball over twice, finishing 20-of-35 for 206 yards and an interception.

Frankly, the Chiefs have been terrible so far this season. Mahomes has already accounted for nine interceptions and a couple of fumbles, while Kansas City surrenders a whopping 29.0 points per game (tied-27th) on 404.6 total yards (28th).

The Chiefs score 26.9 points per contest (8th) on 419.3 total yards (3rd), but they’ve already accounted for 17 turnovers, which is one more than all of the last season. RB Clyde Edwards- Helaire is on the injury list, leaving the Chiefs’ ground game in shambles, so Kansas City desperately needs more from its receiving corps.

The Giants, on the flip side, average only 91.7 rushing yards per game (26th in the NFL). Their injury-depleted offensive unit will have a tall task even against this Kansas City defense, so I lean the Chiefs to cover.

The under is 10-4 in New York’s last 14 games overall, and the Giants will need a top-notch defensive performance at Arrowhead Stadium to keep it close against the Chiefs. On the other side, three of the Chiefs’ last five games went in the under, so I will ride these betting trends.

The Chiefs have a nice opportunity to improve their defensive numbers. The Giants’ offense misses some key players and could struggle to move the ball frequently.