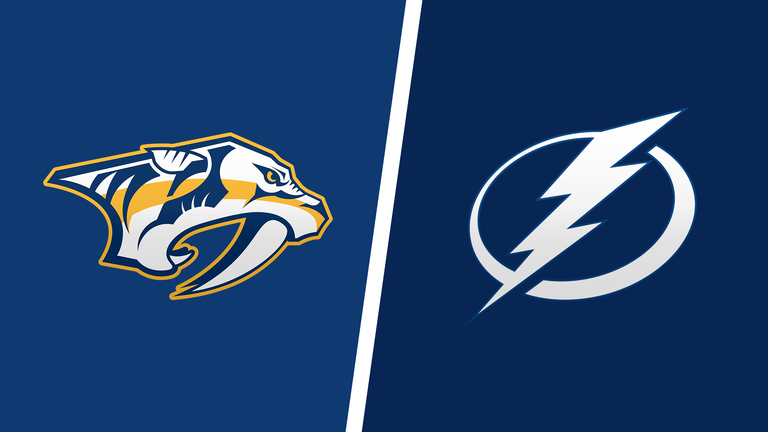 The NHL betting action continues Saturday, February 26, 2022, with the outdoor showdown from Nissan Stadium in Nashville, Tennessee, so we bring you the best Lightning vs. Predators betting pick, tips, and odds.

Tampa Bay faces off against Nashville for the first time this season. According to BetOnline Sportsbook, the reigning champions are -178 moneyline favorites, while the Predators are +160 underdogs with a total of 6.5 goals.

The Lightning scored 15 goals in their last three outings

The Tampa Bay Lightning (33-11-6) are riding a three-game winning streak following a 5-3 victory to the Edmonton Oilers this past Wednesday. After a couple of road wins at Arizona 4-3 and New Jersey 6-3, the Bolts put on another strong offensive performance, recording their tenth victory in the past 13 outings.

Tampa Bay needed only 23 shots to score five goals against the Oilers’ leaky defense. Five different players found the back of the net; defenseman Mikhail Sergachev had a couple of dishes, while Andrei Vasilevskiy posted 27 saves.

The Predators aim for their third straight win

The Nashville Predators (30-18-4) haven’t been at their best lately. They’ve lost nine of their previous 15 games overall. Still, the Predators have managed to win their previous two contests, outlasting Florida 6-4 on the road and Dallas 2-1 in a shootout at home.

Last Thursday, the Predators outlasted the Stars in a proper defensive battle. They combined for just 48 shots, but the Predators and Stars also had 75 hits between them. Mikael Granlund tallied a lone goal of a four-round shootout, while Juuse Saros posted 27 saves.

On paper, the Bolts are a better team than the Predators, but you never know what can happen in an outdoor battle. Playing at a football stadium is not a common thing for the ice guys, so the Predators certainly stand a chance of upsetting the odds.

Last season, the Lightning and Predators met each other in a revamped Central Division. Tampa Bay won an eight-game series 6-2. I lean the Lightning in this clash because of their prolific offense.

We are expecting to see Andrei Vasilevskiy and Juuse Saros between the pipes, so I’m backing the under on the totals. Saros has struggled a bit over the last couple of weeks, but he’s been terrific for most of the season, earning a call for the All-Star weekend. On the other side, Vasilevskiy hasn’t allowed more than three goals in seven straight outings.

On the other hand, the betting trends suggest the over, as 13 of Tampa Bay’s last 20 games and 12 of Nashville’s previous 18 have gone over the total. I doubt the Predators’ chances to win a high-scoring affair. They’ll have to play aggressive defense and slow down the Bolts’ front line as much as possible.