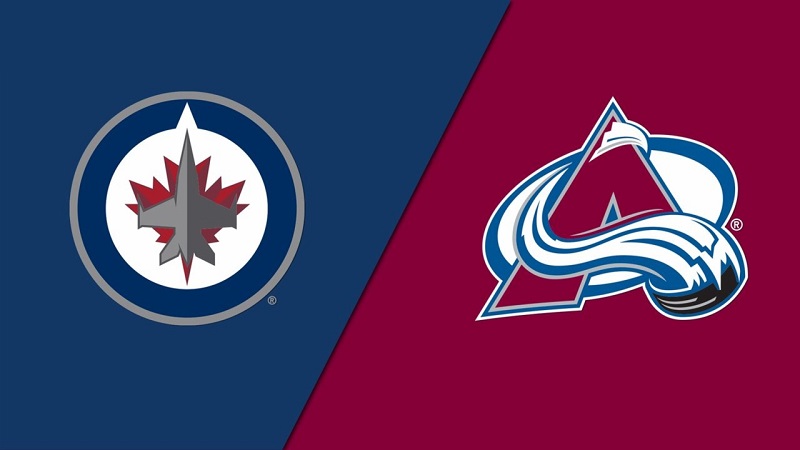 The 2021-22 NHL season goes on Friday, February 25, so we are taking a closer look at the Central Division showdown from Ball Arena in Denver, Colorado, to get you the best Jets vs. Avalanche betting pick and odds.

Winnipeg faces off against Colorado for the second time this term. The Avalanche trounced the Jets 7-1 as -240 home favorites on January 6. This time around, the Avs are heavy -270 moneyline favorites on BetOnline Sportsbook, while the totals sit at 6.5 goals.

The Jets hope to snap their three-game skid

The Winnipeg Jets (22-20-9) are coming off a tough 3-2 overtime loss at the Dallas Stars this past Wednesday. The Jets blew a one-goal lead twice and got outshot 39-22, recording their third consecutive defeat and 12th in their previous 17 outings at any location.

Connor Hellebuyck patrolled the crease at Dallas, and the 28-year-old goalie enjoyed a big night. Hellebuyck posted 36 stops but couldn’t stop the Jets’ slide. He’s now 17-18-8 with a 2.80 GAA and .914 save percentage on the season.

The Colorado Avalanche (37-10-4) bounced back from a heavy 5-1 defeat at the Boston Bruins, hammering the Detroit Red Wings 5-2 as -250 road favorites on February 23. It was their third victory in the last four outings, and the Avs wrapped up their four-game road trip in style.

Pavel Francouz guarded the cage in Michigan and posted 32 saves, while winger Gabriel Landeskog scored a couple of goals. Francouz improved to 8-2-0 on the season, but we’re expecting Darcy Kuemper to return to the starting lineup Friday against the Jets. Kuemper is 25-6-2 with a 2.47 GAA and .919 save percentage in 2021-22.

The Avalanche surrender 2.82 goals per game (13th in the NHL), recording the tenth-worst penalty-killing percentage in the league (77.0%). They boast the second-highest scoring offense, averaging 3.94 goals per contest.

The Avs destroyed the Jets in their first meeting of the season. They took a whopping 42 shots, tallying seven unanswered goals. Gabriel Landeskog scored three goals, while Nathan MacKinnon had four assists.

The Jets will be fired up to get revenge. Connor Hellebuyck is a top-notch goalie, but slowing down the Avs’ prolific offense will be a tall task. On the other side, Darcy Kuemper is enjoying a great season, and the Jets’ offense should struggle to keep pace with Colorado.

The under is 10-4-1 in the Avs’ last 15 games and 7-4 in the Jets’ previous 11. On the other hand, six of the last nine encounters between Winnipeg and Colorado have gone over the total.

The totals are a tricky wager in this matchup. Neither team defends well with a man down. The Avs lead the NHL in power-play opportunities (184), while the Jets rank third in the league (162). On the flip side, both Hellebuyck and Kuemper are terrific goaltenders, capable of dominating the game on a good day.

Kuemper has allowed eight goals in his last two outings, but seven of his previous ten starts have produced five or fewer goals in total. Hellebuyck hasn’t allowed more than three goals in six straight starts.