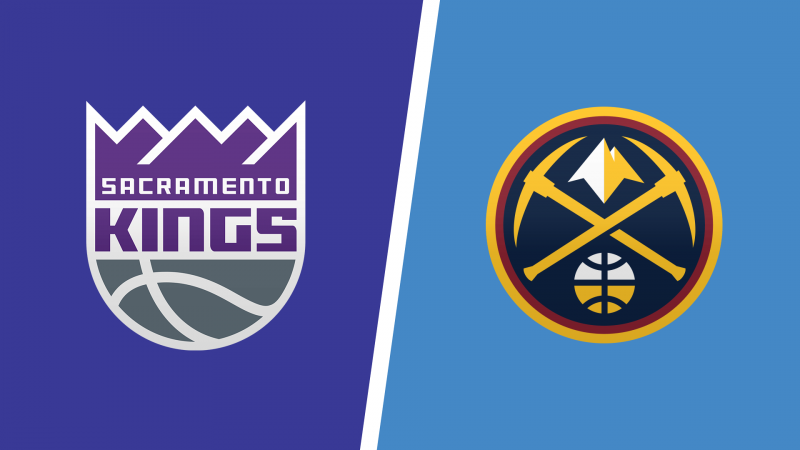 The NBA betting action goes on with a seven-game Saturday card, so we are taking a closer look at the Western Conference showdown from Ball Arena in Denver, Colorado, to get you the best Kings vs. Nuggets betting pick and odds.

Sacramento and Denver lock horns for the third time in 2021-22, and the Nuggets eye their third consecutive victory over the Kings. According to MyBookie Sportsbook, the Nuggets are 8.5-point home favorites with a total of 235.5 points.

The Kings hope to stop a three-game slide

The Sacramento Kings fell to 22-39 straight up and 27-34 ATS on the season following a 128-110 loss to the Denver Nuggets this past Thursday. The Kings extended their losing streak to three games, failing to cover as 4-point home underdogs.

Domantas Sabonis dropped 33 points on the Nuggets to go with 14 rebounds and five assists, but the rest of the Kings didn’t help a lot. De’Aaron Fox accounted for 20 points, four assists, and four turnovers, while Harrison Barnes added 14 points, seven rebounds, and four assists.

Sacramento holds the No. 13 seed in the Western Conference, three and a half games off the tenth-seeded Portland Trail Blazers. The Kings are one of the worst defensive teams in the NBA. They allow 114.9 points per 100 possessions (29th in the league) on 47.6% shooting from the field (also 29th) and 36.3% from beyond the arc (26th).

The Nuggets shoot for their fifth straight W

The Denver Nuggets (34-25; 28-31 ATS) extended their winning streak to four games with that comfortable victory over the Kings. They outscored Sacramento 36-23 in the fourth quarter, finishing the game with 55.8% shooting from the field and 42.9% from beyond the arc.

Will Barton led the way for Denver with 31 points on 11-for-17 shooting from the field. Nikola Jokic racked up 25 points, 12 rebounds, nine assists, and four steals, while Monte Morris added 19 points and four dimes.

The Kings and Nuggets met each other just a couple of days ago, and Sacramento kept it close for most of the game. However, the Kings’ defense fell apart in crunch time. I’ve mentioned their struggle on the defensive end, so give me the Nuggets to cover once more.

Denver loves to share the ball, averaging a whopping 27.8 assists per 100 possessions (2nd in the NBA). Nikola Jokic will torture Domantas Sabonis in the paint, so the Kings will need a terrific shooting night to make this game interesting to watch.

Ten of the last 12 encounters between the Kings and Nuggets have gone over the total, including the previous six. Considering how bad the Kings’ defense has been all season, I wouldn’t be surprised if Sacramento and Denver provide another high-scoring affair.

The totals are a tricky bet because of a 235.5-point line. Still, the Kings prefer to play at a fast pace, averaging 99.7 possessions per 48 minutes (tied-6th in the league), and the Nuggets won’t mind speeding up things against the Kings’ defense. Hereof, I lean the over, but the Nuggets remain my best bet in this matchup.