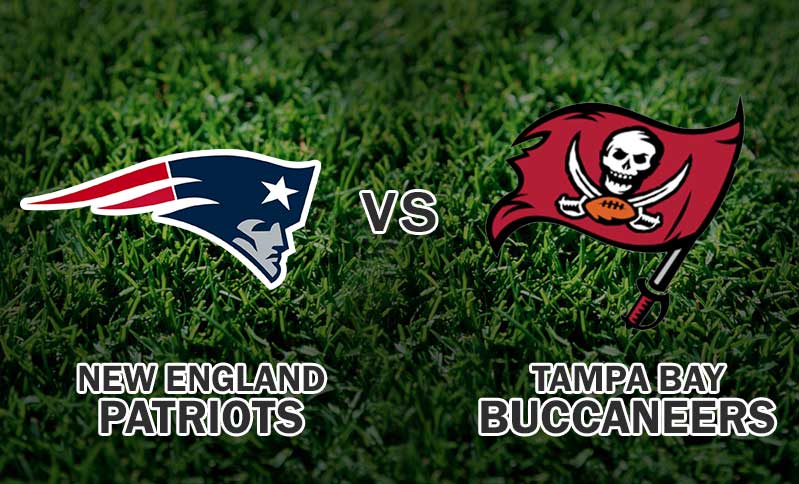 Week 4 Sunday Night Football brings the highly-anticipated clash between Tampa Bay and New England, as Tom Brady returns to Gillette Stadium for the first time since leaving the Pats in 2020, so here’s the best Buccaneers vs. Patriots betting pick along with the latest odds update on BetDSI Sportsbook.

The reigning champs are firm 7-point favorites with a total of 49.0 points, and you can take them at -300 moneyline odds. The Bucs meet the Pats for the first time since 2017, and New England is 4-0 SU and ATS in its last four encounters with Tampa Bay.

The Buccaneers couldn’t cope with the Rams in Week 3

The Tampa Bay Buccaneers (2-1; 1-2 ATS) put an end to their ten-game winning streak last Sunday. They lost at the LA Rams as 1-point road favorites, 34-24, and it’s fair to say that Tampa was outclassed on both sides of the ball.

Tom Brady went 41-for-55 for 432 yards and a TD, but the Bucs ran for a paltry 35 yards on 13 attempts. Their offensive line allowed three sacks, while Ronald Jones and Leonard Fournette combined for nine totes for 19 yards. Tampa missed Antonio Brown (COVID-19), who should return Sunday against New England.

On the other side of the ball, the Bucs got pounded by Matthew Stafford and the Rams receiving corps. Tampa yielded 343 passing yards and four touchdowns through the air, so the Buccaneers are now dead last in the NFL in passing yards allowed per game (338.3).

The Patriots are in trouble

The New England Patriots (1-2; 1-2 ATS) are coming off a rough Week 3 outing. They lost to New Orleans as 3-point home favorites, 28-13, while RB James White suffered a season-ending hip injury. Mac Jones tossed one of his three interceptions on the first play of the second half that Malcolm Jenkins returned for a score and a huge 21-3 lead.

Rookie signal-caller went 30-for-51 for 270 yards and a TD, but his mistakes and the Pats’ lousy ground game (49 yards, 2.9 per carry) decided the winner. New England allowed just 252 total yards, though Alvin Kamara had 24 totes for 89 yards.

I don’t feel comfortable with a 7-point spread, as the Pats’ D could keep the hosts close, but I have to take the Bucs to bounce back following a rough loss at the Rams. Hopefully, the visitors will find a way to run the ball efficiently, while their defense should be fired up to shut down Mac Jones and the Pats’ injury-depleted backfield.

Matthew Stafford destroyed the Bucs’ secondary last weekend. This time, Tampa faces off against rookie QB who has just tossed for three interceptions.

The Buccaneers have scored 103 points through the first three weeks. They’ve accounted for 24 against the Rams whose defense is one of the best in the NFL, so I don’t expect them to score a lot more against the Patriots.

New England will stand a chance only if its defense puts on a strong performance, but the Pats will also have to control the clock and avoid turnovers. It’s a tricky wager, considering the Bucs’ loaded offensive unit, but I’m backing the under. Nine of the Pats’ last 11 games went in the under, while four of the Bucs’ previous five tilts went in the over.